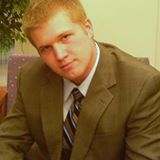 Even for a group of people to whom things like time and space are but toys to be played with - it has still been far too long since I’ve been here.

The Alternate History Weekly Update has turned five this month, and having been there since its early birthing cries, I’m proud to see how it’s grown, and to have played my own role in the process.

I actually find myself struggling to come up with the proper words to mark the occasion - how does one celebrate a website that’s kept going long enough that it would now be old enough to start kindergarten were it a child? So, like any good story, I suppose the best place to start is the beginning.

I remember when Matt first asked if I’d like to be a contributor to the AHWU, in August of 2011, when the site was barely two months old, and my own website, Korsgaard’s Commentary, had just turned 1. I did a showcase of one of my favorite timelines on Alternatehistory.com, the still ongoing Dominion of Southern America, and to this day, this represents a very special moment for me, as it was the first time I’d ever had anything published outside of my own website.

In both cases, it would be the first of many more to come. I’d go on to write dozens of articles for the AHWU, ranging from more timeline showcases, reviews of the controversial Before Watchmen comics, and debates with Matt over the future of the alternate history genre. The site and its readership grew and thrived, and I and my career grew with it. My own website thrived as well, and those tentative steps writing for the AHWU gave me the courage and experience to reach out to other places to freelance.

Five years ago, I was still a greenhorn blogger doing his best to post regularly to his own website. Today, I’ve graduated college, having studied journalism, history and writing, and I work as a newspaper columnist and freelance journalist, and even have won awards for some of my news coverage. I have written for dozens of publications and websites, and still have designs on getting some fiction published in the near future.

I owe a tremendous amount of my own growth to this website, because to some extent, that all started right here at the Alternate History Weekly Update.

How’s that for a “For want of a nail” scenario?

I will be the first to admit some regret that I don’t post here as much as I used to. A word of advice for those of you wish to make a living writing, as someone who does so now as a journalist and a freelance writer, I would say be very careful with what you wish for, as it will keep you busy. Once things settle down a bit more in my life, I’d like nothing more than to get back to contributing a bit more to the AHWU, and like many of you no doubt, am still working on getting a few alternate history stories written and published.

That may be why I've struggled to find the right words to honor the fifth anniversary of the Alternate History Weekly Update. For me, it’s more than a great watering hole of the online alternate history community, or a cousin to my own website, or another outlet I’ve freelanced for. I’ve made colleagues and friends here, cut my teeth as a writer here, and to some extent, it's played a major role in my own life these past five years.

It’s been a pleasure and an honor to be a part of this site and the community that has grown around it these past five years. And I cannot wait to see where the Alternate History Weekly Update grows from here in the years to come, and what role I play in it.

Soldier, scholar, writer and freelancer, Sean CW Korsgaard has been active in the alternate history community since 2006. In addition to his contributions at the Alternate History Weekly Update, he writes for several newspapers and websites, including his own, which can be found here, and was recently hired by The Progress-Index, where among other duties, he’s the go to history reporter.
Posted by Mitro at 11:01 AM