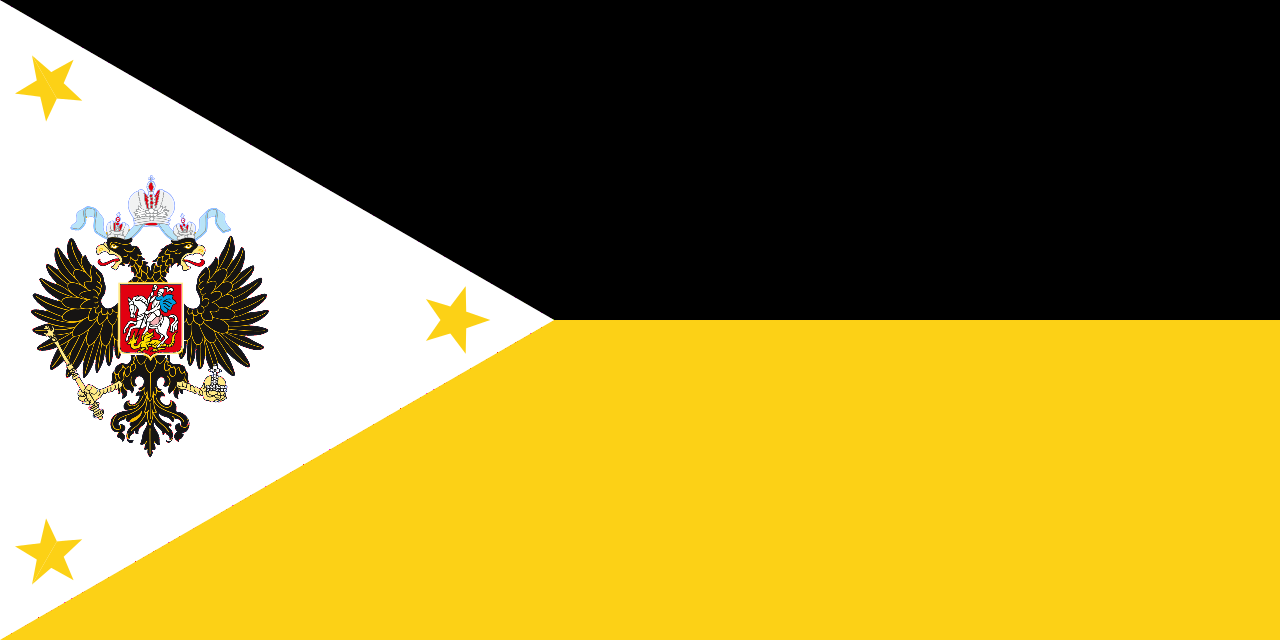 This is the flag of the Petrines, also known as the Russian Philippines. It comes from a world where Russia built up their navy early on. This meant Russia could devote more effort and focus on their colonies in the Americas. Besides further colonizing Alaska, they also colonized what would have been British Columbia, Washington, Oregon and California, though not without objections from the Spanish.

Eventually, after a chance discovery of gold, the Russians and Spanish went to war over California. It was ultimately decided that Russia would pull out of California, but in exchange would take some other Spanish land; with the Spanish offering the Philippines. As a result the Russian Philippines was born.

The Russians encouraged people from many different nations to help settle their new colony both to provide labor and to prevent the former Spanish colonists (such as they were) from taking over. This would, over the years, lead to a blending of native cultures, colonial settlers and slaves from Russia's African outposts have the archipelago a unique culture like nothing before it. However, they never forgot that it was Mother Russia to whom they all, even if indirectly, were linked.