Editor's Note: I have two Flag Fridays today. The first is from Sam McDonald: 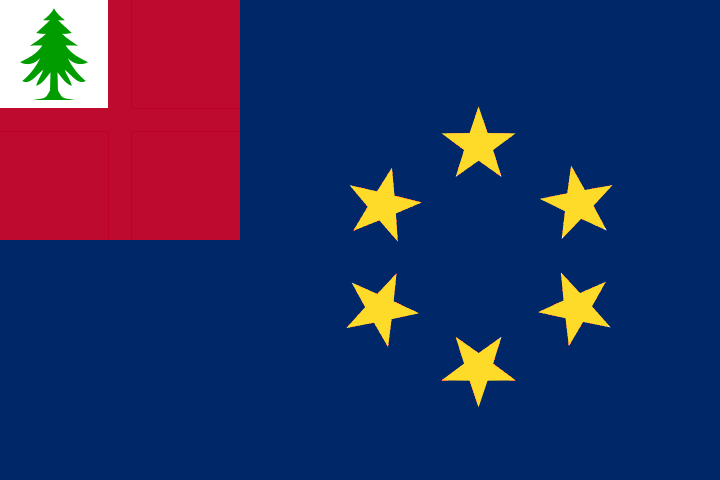 This is the flag of New England from a world in which the Embargo Act was never repealed and New England declared independence in 1812.  Eventually, New England went on to join the European Union, which in this world had a considerably broader definition of "European" given that they also admitted Morocco.  The flag is a combination of the European Union flag with a smaller version of the original New England flag in the upper left hand corner.  This is all in keeping with New England's motto: "Remember the past, Prepare for the Future and Live for Today."