We beat our monthly page view record from August!  This could not have been done without the help of our fans.  Our new record (that I have every intention of beating in November) is at 10:53 AM CST...3360!

In the meantime, I am reading Prologue by Greg Ahlgren.  It is an alternate history/time travel novel where scientists and rebels from a timeline where the Soviet Union won the Cold War attempt to change history by travelling back to the 1960s and preventing President Kennedy from making the choices that led to America's defeat.  An intriguing POD, I hope to post a review of the novel eventually and Greg has graciously agreed to do an interview as well.  Along with that upcoming interview, author Dale Cozort has also agreed to an interview.  So you have two interviews to look forward to in the near future.

This week Korsgaard will be doing a showcase on Green Antarctica and I will also be posting another Airship Update.  Sorry I do not have more info on future posts, but I promise that if you keep an eye out for new posts you will not be disappointed. 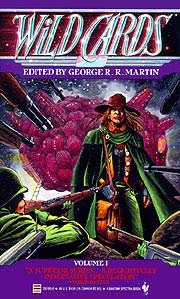 Syfy Films, the theatrical division created in December 2010 as a joint venture between Syfy and Universal Pictures, has acquired the screen rights to Wild Cards.  For those who do not know, Wild Cards is a science fiction and superhero anthology series set in a shared universe. The series was created by a group of New Mexico science fiction authors, but it is mostly pulled together and edited by best-selling author George R. R. Martin (who will be an executive producer on the film) with assistance by Melinda Snodgrass, also a contributor to the series (who will be writing the screenplay and be executive producer as well).

The POD is as follows: in 1946, a genetically-tailored virus from outer space was released in Earth's stratosphere, killing many but giving super powers to others.  The series documents many effects of the virus during the ensuing decades as super-heroes and super-villains appear all over the world, but history does not change as much as you would think.  Nevertheless, with comic books movies and Martin's Game of Thrones being so popular, this alternate history may have a good chance of being made.

John Birmingham has been busy recently.  His new novel Angels of Vengeance, the final book in a trilogy chronicling the events that happened after a wave of energy wipes out human life across much of North America on the eve of the Iraq War, is going to be published in Australia.  Those in the States, however, will have to wait until April 10, 2012 to get their issue.

In the meantime, you can read an excerpt from the novel and catch an interview with Birmingham on Shearer's Books Blog.

You can find alternate history communities everywhere on the Internet, and reddit is no exception.  For those who do not know, reddit is a social news website where the registered users submit content, which could either be links or a text "self" post. Other users then vote the submission "up" or "down," which is used to rank the post and determine its position on the site's pages and front page.  The site is divided into "subreddits" where people can post specific types of content.

So what alternate history related subreddits are there?  Well first there is HistoricalWhatIf, which acts as the Alternatehistory.com of reddit.  Users can post what ifs and other users can discuss them in the comment section.  No links though, if you want to post links to other AH sites you will have to go to Uchronie or Althistory.  You may notice that I have begun posting links to Alternate History Weekly Update in those two subreddits, so that is another place to stay updated on what is happening on this blog.

Finally, we have the subreddit for the proposed film Rome, Sweet Rome.  Some of you may remember a recent Weekly Update how a pitch for an alternate history film was picked up after it received significant number of votes of reddit.  If you want to stay updated on that film, you can do so by subscribing to that subreddit.

Perhaps in the future I will make a subreddit for Alternate History Weekly Update... 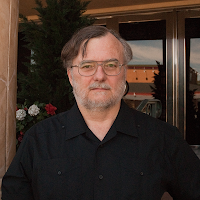 Those alternate historians living in and around Fargo, ND/Moorhead, MN should check out CoreCon, which is scheduled for May 4-6, 2012.  Alternate history author S. M. Stirling will be the guest of honor and since he generally does not leave the West Coast all that often, now is the time to take advantage of his foray into the cold MidWest and go and meet him.

Counterfactual: What if David Davis Had Been Elected Leader of the Conservative Party in 2005? by Iain Dale at Dale & Co.

Counterfactual: What If The UK Had Not Gone to War in Iraq in 2003? by Tony McNulty at Dale & Co.

Get a sneak peek at the multiverse by Alan Boyle at msnbc.

Waiting For New Universes by Adam Frank at NPR.

Atlantis and Other Places (audiobook) by Harry Turtledove reviewed by Jackson District Library.

The Big Switch by Harry Turtledove reviewed by Books for a Buck.

The Great Northern Brotherhood of Canadian Cartoonists by Seth reviewed by Ian Daffern at Quill & Quire.