Map Monday: The Former United States in The Man in the High Castle

With Amazon's The Man in the High Castle still getting a ton of press coverage and discussion, I thought the time was right to dedicate a Map Monday to compare how the former United States was divvied up between Germany and Japan in the book and show. The partitioning of America between the Axis powers is one of the most prominent features of the story and probably why Amazon led with it in the intro: 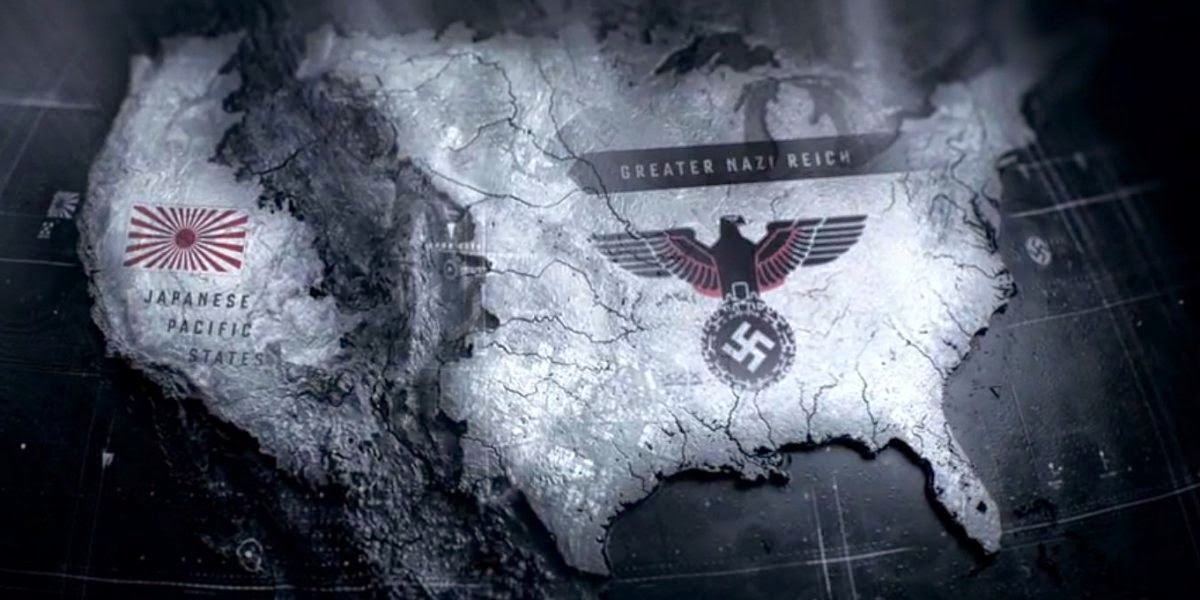 In that shot you see most of the continental United States being controlled by the Germans, with a slice of the West Coast occupied by the Japanese and and even smaller slice down the Rockies being the neutral territory between the two powers. This is a remarked difference from what has usually been associated with the book on places like Wikipedia:

In the above world map you can see the neutral zone is much larger and covers territory associated more with the Great Plains than the Rocky Mountains. Although it has been a while since I read the book, I don't remember if Dick was clear of where the borders of the neutral zone were located. In fact, I am not even sure if a Nazi client state in the southeast existed either:

Both world maps share similar characteristics, so perhaps Dick did mention something about the southern states forming some fascist Neo-Confederacy. Bruce Munro seemed to think so when he created his map set after the events of the novel: 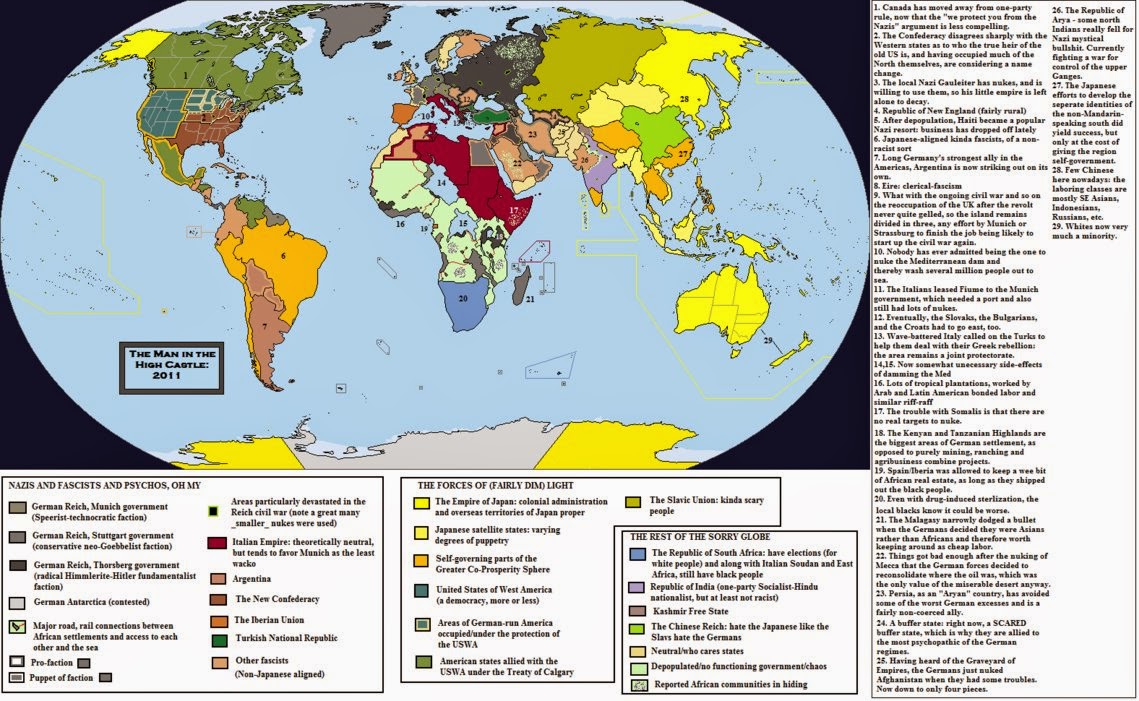 Perhaps the only thing these four maps indicate is that there is a lot of wiggle room in the original source material for drafting maps of The Man in the High Castle world and I look forward to seeing them all.

If you want more cartographic wonders, check out these maps of steampunk conventions, the world if scaled by population and the countries most likely to survive climate change. If you want to submit a map for the next Map Monday, email me at ahwupdate at gmail dot com with your map attached and a brief description in the body of the email.