The Inevitability of Tragedy or: How Alternate History tends towards Misery 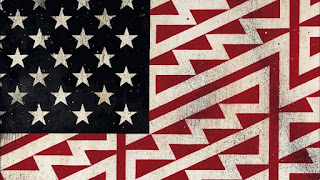 “Every civilization that has ever existed has ultimately collapsed ... History is a tale of efforts that failed, of aspirations that weren’t realized . . . So, as a historian, one has to live with a sense of the inevitability of tragedy. “ - Henry Kissinger

I struggled a while trying to formulate my views about this topic. Inspiration struck, however, when I was reading about the suicide of Robin Williams on reddit about a week before I wrote this piece. One comment stated that comedians make a living through thinking critically about the world for the purposes of comedy. That sort of critical thinking leads to a realization of the cruelty and arbitrariness of the world, and can drag comedians into depression. I believe a similar process is at work with alternate historians.

When one studies history, one realizes that it is not pretty. One learns that the narratives taught in history class are not enough in describing the sheer brutality that this species is capable of; I remember being taught that the Philippine-American War occurred, but not of what Jacob Smith did on Samar (namely, order the slaughter of everyone older than the age of ten on a quite populated island; this colors my perception of McKinley and the former Roosevelt, especially considering that half my family is Filipino). One learns that icons are no saints, that Churchill let three million Bengalis starve and that Washington burned Iroquois villages. One’s illusions of history are shattered by the bullets of armies and the edicts of tyrants.

And so one realizes why these awful things happen; one sees hate and greed and desperation as reasons why awful things happen. These things are not merely read, they become plausible, and then realistic. Atrocity becomes as natural as breathing. As such, when one writes alternate history, anything otherwise is dismissed as Utopian.

This is, however, not the only impulse driving the genre towards pessimism. The next, as rvbomally describes, is worldbuilding, and how discussing atrocity in textbook format removes the emotional investment needed to write about atrocity on a personal level. This point is where I feel that where alternate history breaks from mainstream science fiction and fantasy.

Science fiction and fantasy are based around technology and magic, respectively, while alternate history is based about, as one might expect, history. One can imagine a biological implant or a magical enchantment and see the impact on an individual person easily; this person can then do things that are spectacular but easily comprehensible on a personal level. Alternate history does not have that ease; a single person does not see all the ramifications of a point of divergence. History is necessarily big, while technology and magic are not necessarily big. Hence, the alternate historian is drawn to large scale works, such as the quasi-textbook style that dominates the genre online.

When one sees history as big, which is rightfully so, the various miseries of war, genocide, and nuclear weapons become lessened in their impact. They are reduced from atrocity to plot twist; one thinks of when to build up to a war and when to release bombers, tanks, poison gas, and atomic fire upon civilians as part of crafting a tale. The millions that inevitably die are not thought of, only dramatic impact is. Take Turtledove’s Timeline 191; we weep for the characters we have known for eleven books, but we shed not a tear for the cities charred by nuclear fire, lobbed by the Germans, the British, the Union, and the Confederacy.

This flows into another point, one that was discussed briefly by rvbomally. Those that write alternate history are almost uniformly from the first world, where they are insulated from the worst humanity has to offer. They naturally become interested in conflict and war; this has been well discussed elsewhere, as conflict drives storytelling. What I discuss is far more sinister.

Many alternate histories focus around the age of imperialism. Cartographers and writers alike love to give empires to nations that did not have them, or assign colonies to nations that did not possess them. They see dots on a map and different colored provinces. They do not see the Rapes of Nanjing, the Samar Massacre, the Holocausts, the Holodomors, the Belgian Congos, the Amritsar Massacres, the Boer Wars, the displacement and de facto enslavement of entire peoples. They think of colonies as signs of national glory and not of ruthless exploitation of one people by another. They make maps and write stories, and want the underdog to win. But they do not realize that, in a similar position, the underdog would be as vicious as the top dog.

Hence, alternate history in many ways is very much conducive to the mass dehumanization of human beings. Atrocity is at best normalized and at worst reduced to plot device. The majority of alternate historians would describe themselves as progressive and tolerant. I can only hope they at least remember the pain inflicted in their work.

Alexander "SpanishSpy" Wallace is the author of several works of alternate history on alternatehistory.com and the alternate history wikia, including the 2014 Turtledove Award Winner for Best New Speculative, The Rise of the Tri-State World Order: A Timeline of Orwell's 1984, Emancipation and Exodus, and Scorpions in a Bottle, as well as other works.
Posted by Mitro at 3:00 PM