Weekly Update #227! Beyond the Spitfire is out in October, Make America Great (Britain) Again and More

As I write this now I just finished cleaning my entire house. I am little worn out, but I am feeling very accomplished. I am also happy about the great responses I got for my most recent video: The Alternate History Map That Fooled The Internet. I think my plan now with the channel is to "go back to the well" as it were and see if any of my most popular articles have the potential to become a script. We shall see what I do next because Alana and I do want to share our thoughts on the first two episodes 11.22.63.

Also thanks for all of the Twitter love that  Weekly Update #226! The Critics Talk About the United States of Japan and More and Book Review: Second Front: The Allied Invasion of France, 1942-43 by Alexander M. Grace got. I'm pretty happy on how those two articles turned out so please check them out when you get the chance.

Coming Soon: Beyond the Spitfire: The Unseen Designs of R. J. Mitchell by Ralph Pegram 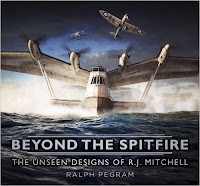 A book featured on WWII Aero caught my attention. Its called Beyond the Spitfire: The Unseen Designs of R. J. Mitchell by Ralph Pegram. Here is the description from Amazon:

Reginald Mitchell’s death at just 42, soon followed by the defense of Britain by pilots flying his finest creation, the Spitfire, elevated him to legendary status. He spent his whole career as a designer with Supermarine, whose products came from his pen or those that worked under him. Histories focus on the successful aircraft; those that failed to make the grade tend to be glossed over. But beyond this is a large body of concepts, early designs and projects that have never seen the light of day, the ideas generated by Mitchell and his team that never left the drawing board; stepping-stones on the way to later aircraft, sketched out concepts that withered on the vine, and projects that failed to attract orders. This book attempts to look at the entirety of Mitchell’s portfolio in perspective. It features three-view B&W layout drawings for the many projects and aircraft, and full-color CGI rendering of selected projects

Although it won't be out until next October, this book just screams alternate history potential. R. J. Mitchell was also relatively young when he died so who knows what he would have accomplished if he had lived longer and some of his other designs had gotten a chance to take off.

I have been working on the background for a possible novel featuring a "President Trump". If he loses, it will make for an interesting alternate history in the future. If he wins...well there is always this option: 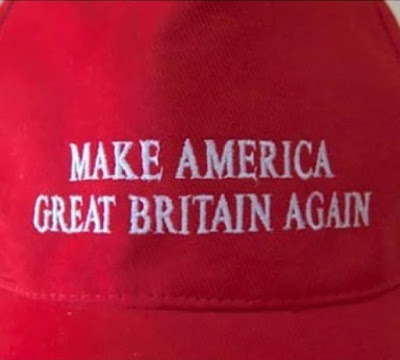 I do enjoy a full English breakfast and the beer is really good.