The Alphabet of Alternate History: B

Dale Cozort returns with another edition of The Alphabet of Alternate History. If you haven't read it already, check out the letter A. 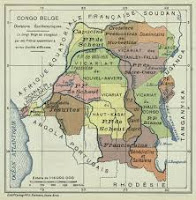 Belgium doesn’t end up with the Congo. The saga of how Belgium ended up with a huge African empire while stronger European countries like Germany and arguably Italy ended up with relative scraps is an unlikely one. It would probably be rather easy to short-circuit the process either before Leopold developed his personal kingdom there or in the aftermath of the revelations about how bad conditions there got. I could see Leopold’s empire being divided among the European powers, though exactly who would get what is an issue. France, Germany and possibly Britain might get a chunk.

What actually happened: The fundamental problem of Boer Republics was that one of them (Transvaal) was sitting on one of the biggest gold deposits in the world at a time when Britain had a strong presence in South Africa and imperialism was at its strongest. The gold discoveries drew in tens of thousands of prospectors from all over the world, and eventually they outnumbered the Transvaal Boer heads of household by roughly two to one.

The Boers attempted to maintain political control of their republic by imposing long residency requirements before the newcomers could become citizens. They also imposed high taxes on the gold and used the money to buy modern rifles and artillery.

The gold miners and the people who lived off of them weren’t happy with either the lack of political representation or the taxes. Some of them organized a revolt. In 1895, a group of wealthy British imperialists organized a considerable unofficial force of Rhodesian policemen and other British citizens to come to the rescue when the revolt happened--600 men equipped with Maxim guns and several artillery pieces. The plotters among the gold miners got cold feet and tried to cool things off, but Jameson, the leader of the unofficial expedition, went ahead with his part of the plot, a lightning-fast mini-invasion of the Transvaal that attempted to push the gold miners to go ahead with the revolt they had been planning.

The so-called Jameson raid was a fiasco. The Boers killed quite a few of the raiders and captured the rest, along with documents linking them to prominent British citizens and officials. The gold miners sat on their hands. The subsequent trials and other fallout, including a telegram from the German Kaiser congratulating the Boers on their victory poisoned the atmosphere between the Boers and the British and made war close to inevitable.

For the next four years, the two sides prepared for war. In 1899, the British sent an ultimatum requiring the Transvaal Boers to give gold-miners full voting rights. That would have turned power over to the predominantly British newcomers around the gold mines. The Boers felt that war was inevitable eventually, and after a period of fruitless negotiations gave the British an ultimatum of their own to move their troops away from Transvaal’s borders, then struck first when that ultimatum was ignored.

What might have happened: The Jameson Raid was almost postponed when the plotters inside the Transvaal got cold feet. If it had been postponed for long, the Rhodesian policemen who made up a large portion of the Jameson force would have probably been recalled to Rhodesia, where a serious revolt of the Matabele and Shona people was encouraged by the absence of so many policemen.

That might postpone the war a bit, with the Brits trying a Jameson raid type covert operation a couple of years later, after the Matebele War ended. The Jameson Raid and especially the Kaiser telegram brought issues to a head a little earlier than they probably otherwise would have come to a boil. Let’s say we delay the onset of war by a couple of years. Does that make any difference? Suppressing the Boxer Rebellion (1901) would have probably distracted the Brits for a while. That gets us to maybe 1902. If you could postpone matters until tensions in Europe ramped up on the way to World War I, then maybe the war could have been avoided. If World War I went as it did historically, the Brits would have a lot of their capacity for imperialism knocked out of them. That still means that the Boer republics would have to somehow avoid war for at least another eight to ten years until the war clouds in Europe got thick enough to distract the Brits.

Even if the Boers avoided war, they still had the same main problem: They were outnumbered by British citizens in the Transvaal and by a large margin. Even without war, the Brits would probably eventually gain political power and might well vote to become part of British South Africa, which makes postponing the Jameson Raid a dead-end.

What if the discovery of the large gold mines around Johannesburg had been postponed? Historically they were discovered in 1886, and exploited mainly by outsiders of British origin, who by 1896 had a male population outnumbering the Boers 60,000 to 30,000, though those figures are guesses since there was no census in the Transvaal until 1904, after the Boer War (technically the Second Boer War). Let’s move the discovery forward maybe fifteen years to 1901. Does that help, or do the Boers still get overwhelmed? My guess is that they would still be overwhelmed, though if World War I happened on schedule it would take the steam out of British imperialism early enough that a war to annex the Boer Republics would be less likely.

Of course we can’t ignore the impact of not having one of the biggest gold finds ever on the world between 1886 and 1901. The world of the late 1800s took gold seriously, with the major currencies backed by it. The South Africa gold discoveries allowed economies to expand and helped them deal with the nearly forgotten “Long Depression” of 1873 to 1896. And now we’re getting into economics, deep in “My Eyes Glaze Over” territory for most people, even most historians, so I’ll stop.