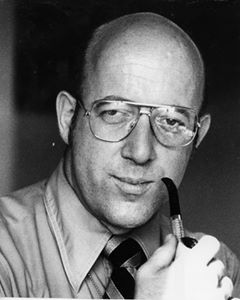 I recently learned that Robert F. Dorr, award-winning author and retired diplomat, passed away last Sunday. For those who didn't know him, Robert published over 70 books, hundreds of short stories, and plenty of non-fiction, with a focus on international affairs, the military and war. He was also known for his many opinion pieces where, among other things, he called for the closing of the Guantanamo Bay prison camp and for supporting the ability for homosexuals to serve openly in the military.

Robert even wrote for The Update if you can believe it. When promoting his 2014 novel, Hitler's Time Machine, he submitted "History, Alternate History and Hitler's Time Machine". Check it out when you get the chance, because even if he wasn't famous for alternate history, he still contributed to our genre and had a love for history. What more do you need in an alternate historian?

Robert, thanks for looking at my blog and giving it a chance. My deepest sympathies to his family, friends and fans.