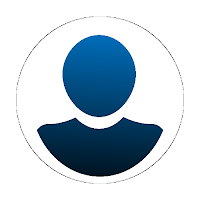 Editor's Note: Alex Wallace is back with another interview with an alternate history forum administrator. This time he is talking to Steve/Caliboy1990 of Steve's AH Place (a.k.a. Steve's Place). Lets see what they had to talk about.

What made you want to establish a new alternate history forum?

Well, in all honesty, this humble site of mine actually originally started as kind of a living archive, as it were, for my works, where not only could they stay safe should something ever happen to my computer or any of my portable drives, but also, where folks could comment on these works and offer critiques, compliments, etc.; but it's really evolved into an actual community over the years.

Why did you name it "Steve's AH Place"?

I guess it's just what came to me, as I couldn't think of anything else at the time-that said, though, I have recently considered changing it, as the site has evolved quite a bit over the years.

What do you plan to do differently than AlternateHistory.com?

My site now has a rather large focus on not just AH, but alternate realities in general: are you a fan of Grand Theft Auto, or Halo? Did you enjoy the Fast and the Furious movies, or James Bond films? Are you an avid reader of Tom Clancy or Harry Potter, etc.? Do you like comic books, and the worlds within, such as from Marvel, D.C., etc.?

Then my site is the place for you. Anything goes here! =)

I honestly haven't been able to figure this out just yet. Suggestions are welcome, though! =)

Well, I'd say that it's a fresh change of scenery, for one, as some out there might also be comfortable with a smaller community (as opposed to the 30,000+ people on AlternateHistory.com these days), as they tend to be more tight knit.

Good question. I tend to be fairly laid back as an admin, so some who felt that AlternateHistory.com's administration was a bit stifling will be pleasantly surprised by that. I also try to keep controversial stuff off my site so people don't get into fights and stuff, unless it's in an ATL and/or real world historical context.(so, no current OTL politics, etc.)

AlternateHistory.com has always had a great variety of interesting works, but it's also sometimes felt a little limited in some ways, mainly because there's only one main category for stuff not directly related to AH, and that's the Alien Space Bats forum. While my own site also has an ASB forum (for truly wild scenarios), I also have set aside a section for WIs related to established fiction(be it books, comics, TV shows, etc.), and I have plans for further expansion(and perhaps revision, as well).

What do you think the future of online AH will be? Will AlternateHistory.com continue its dominance, or will the community fracture?

I think it would largely depend on future developments, but I would suspect that AlternateHistory.com does have some real staying power, at least in the mid-term, anyway; after all, it's been around for 15 years already. =)

Probably not, at least not in the near future.
Posted by Mitro at 9:52 AM