I present my interview with Henrik Fåhraeus, the project lead and lead designer of Crusader Kings II. We talked about the game and the upcoming alternate history DLC. 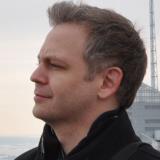 I'm a project lead, programmer and game designer here at Paradox Development Studio; kind of a jack of all trades (you don't want to see my graphics though). I started working for the company way back in 2001 as a scripter on Europa Universalis II, and went on to program and design games - most recently Crusader Kings II.

What is Crusader Kings II about?

Crusader Kings II is about the political machinations of the medieval nobility in the period 1066AD to 1453AD. It is about military conquest, intrigue, diplomacy and other interactions between distinct characters with unique appearances, traits and skills as you try to expand the influence and power of your dynasty, playing a succession of rulers down the ages.

How is Crusader Kings II different from other Paradox games like the Europa Universalis series of games?

In our other games you play a country. Characters, if they exist at all, are of secondary importance. In Crusader Kings II, the situation is reversed. You play a character, and the titles he or she holds (such as the king of England) are of secondary importance. What matters is how much power and prestige you can gain for yourself, your successors, and, to some degree, your dynasty. The characters in the game have distinct personalities and motivations in a way that countries don't. Another difference is the feudal system, where kings are not necessarily more powerful than some of their nominal vassals (i.e. you have a complex and meaningful "internal" game within your realm in addition to the external game between realms/countries).

Do you have any favorite characters?

I have a few favorites I like to play; Stenkil, the king of Sweden in 1066 is interesting because of the pagan north and the likelihood of an early, major civil war. I also quite like the d'Hautevilles of Sicily; the Norman conquerors. They are in a precarious position, but have good opportunities to expand. Then there is the count of Vermandois, also in 1066, who is the last ruler directly descended from Charlemagne (he is of the Karling dynasty.) Also, any of the Jimena kings of Spain (Galicia, Leon, Castille, Navarre and Aragon), they are all dynastically allied and can expand into Andalusia (Muslim Spain.)

What inspired you to create the Sunset Invasion DLC?

The Mongol invasion coming in from the east in the mid 13th century makes playing on that side of the map precarious to say the least, whereas the lords of western Europe have little to worry about. We have thought about this imbalance on and off since the original Crusader Kings and jokingly tossed around various ideas for transatlantic invasions; Atlantis, a Norse Vinland empire, deep ones from sunken R'lyeh... and Aztecs. It's also been suggested on our forum, and I think that was what ultimately made us go with it, for a laugh.

What does the DLC add to the game?

It adds a new culture and religion for the Mesoamerican invaders, with associated character portraits, units and on-map shields. The Aztecs (more properly the Mexikha) arrive at some point along the coast of Europe sometime between 1250 and 1350, with a small chance of them never appearing (though you can, of course, disable the DLC if you want to avoid the invasion.) There is a first probe, where their explorers make contact with local lords. Then, soon after, a huge fleet arrives, disgorging an army to rival that of the Mongol Hordes. Once they have arrived, they will conquer lands indiscriminately until they run out of steam and their initial armies. Meanwhile, there are various flavor events adding to the immersion for players (e.g. the spread of a new disease, news from across the ocean, or the fall of significant cities, like Rome).

How did the Aztecs get the technology to invade Europe?

It is implied that technological advances have progressed at a faster pace in the Americas than they did historically, at least for the Incas and the Mesoamericans. It is also implied that Norse explorers were captured by the Aztecs, giving them knowledge of Europe and its technology.

Will horses play a role in the Aztec conquest of Europe?

Not really. The Aztecs have no horses when they arrive, but they are aware of their existence and are not frightened by them. If they manage to conquer some European holdings - which is very likely - they will be able to raise some horse levies of their own.

Do the Aztecs have immunity to Old World diseases?

Yes, we did not want to take this too far, but we did toy with the idea of a Hollywood-esque ending to the invasion, where they all basically died of European diseases. However, they are only as susceptible to disease as anyone else.

Very War of the Worlds. Do you have any other alternate history DLCs planned?

No. Sunset Invasion is pretty much a one off; part joke and part gameplay variant. If it is favorably received we might consider other scenarios, but our focus on actual history has not changed.
Posted by Mitro at 11:00 AM