Last week I was surprised and delighted to learn that I had been nominated by Alexander "SpanishSpy" Wallace for the 2016 Robert P. Perkins Award for Outstanding Contributions to Alternate History. This is part of AlternateHistory.com's annual Turtledove Awards and is named after the late Robert Perkins. It is meant to award AlternateHistory.com members who have made substantial contributions to the field of alternate history.

Thanks again to Alex for nominating me and to Gaius Julius Magnus for seconding the nomination. Thanks also to everyone who congratulated me on Facebook. Even if I don't win it is still an honor to be nominated. Its also nice to hear that this little blog does mean something to the alternate historians out there and I am glad that in my own small way I can help our favorite genre out.

I will likely not have anything ready for Amazing Stories this week as I work to finish my video on Hulu's 11.22.63. I hope to have that out by Wednesday at the earliest, but it may not be ready until Friday.

When I first read this press release, I thought Reagan Gorbachev was a joke. Team2Bit, however, has actually created a top-down stealth/action shooter for Xbox One and Steam where you play as Ronald Reagan and Mikhail Gorbachev. Here is the description from Team2Bit:

The year is 1986. Cold War leaders Ronald Reagan and Mikhail Gorbachev have been kidnapped by militant extremists. Once rivals, now they must cooperate… or die. Armed only with their fists and samurai swords and poison darts and pistols and shotguns and fully automatic assault rifles and grenade launchers and miniguns and some other guns – sneak, slash or shoot your way through an army of mercenaries. Save the world from nuclear Armageddon. Reagan Gorbachev is a top-down action stealth game for one or two players (local co-op.)

I should also point out that Gorbachev is an experienced hacker. This is just hilarious and I would love to see how the rest of the Cold War plays out after the leaders of the United States and the Soviet Union have to work together to fight terrorists.

If you want to learn more, check out the trailer to Regan Gorbachev below:

There were some interesting pictures that floated around the Internet last week that I think alternate historians would enjoy. Let's begin with a Super Bowl themed picture: 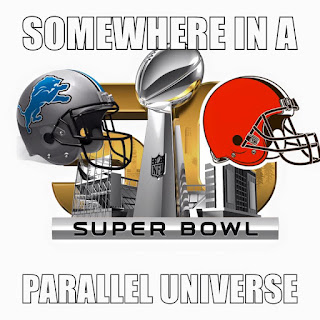 Personally I would love it if it was the Chicago Bears up there instead of the Lions, but who cares what I think.

Next up, the Republic of Cascadia wants you to know the we must preserve a certain endangered species: 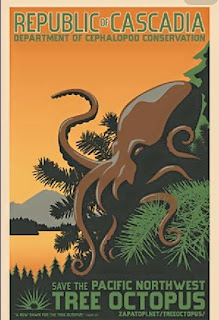 You know we might have an easier time protecting them if they didn't eat each other after mating. At least they save money on couple's counseling.

Finally we learn from CNN where Eastern Ukraine is: 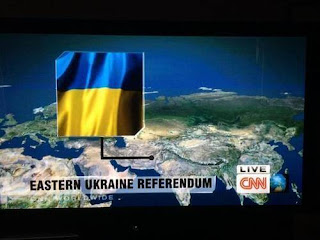 Always good to end on a map fail.