From pulp adventures such as Edgar Rice Burroughs’s Carson of Venus to classic short stories such as Ray Bradbury’s “The Long Rain” to visionary novels such as C. S. Lewis’s Perelandra, the planet Venus has loomed almost as large in the imaginations of science fiction writers as Earth’s next-nearest neighbor, Mars. But while the Red Planet conjured up in Golden Age science fiction stories was a place of vast deserts and ruined cities, bright blue Venus was its polar opposite: a steamy, swampy jungle world with strange creatures lurking amidst the dripping vegetation. Alas, just as the last century’s space probes exploded our dreams of Mars, so, too, did they shatter our romantic visions of Venus, revealing, instead of a lush paradise, a hellish world inimical to all life.

But don’t despair! This new anthology of sixteen original stories by some of science fiction’s best writers—edited by #1 New York Times bestselling author George R. R. Martin and award-winning editor Gardner Dozois—turns back the clock to that more innocent time, before the hard-won knowledge of science vanquished the infinite possibilities of the imagination.

Join our cast of award-winning contributors—including Elizabeth Bear, David Brin, Joe Haldeman, Gwyneth Jones, Mike Resnick, Eleanor Arnason, Allen M. Steele, and more—as we travel back in time to a planet that never was but should have been: a young, rain-drenched world of fabulous monsters and seductive mysteries.

The notoriously bloody history of a mob-run Sydney, Australia neighborhood is fertile ground for this historical thriller with a paranormal twist: two girls' ability to see the many ghosts haunting Razorhurst.

Sydney’s deadly Razorhurst neighborhood, 1932. Gloriana Nelson and Mr. Davidson, two ruthless mob bosses, have reached a fragile peace—one maintained by “razor men.” Kelpie, orphaned and homeless, is blessed (and cursed) with the ability to see Razorhurst’s many ghosts. They tell her secrets the living can’t know about the cracks already forming in the mobs’ truce.

Then Kelpie meets Dymphna Campbell, a legendary beauty and prized moll of Gloriana Nelson. She’s earned the nickname “Angel of Death” because none of her beaus has ever survived knowing her. Unbeknownst to Kelpie, Dymphna can see ghosts, too, and she knows that Gloriana’s hold is crumbling one henchman at a time. As loyalties shift and betrayal threatens the two girls at every turn, Dymphna is determined not only to survive, but to rise to the top with Kelpie at her side.

The Suicide Exhibition by Justin Richards

The threat is not new. The aliens have been here before.

The German war machine has woken an ancient threat - the alien Vril and their Ubermensch have returned. With this new power, ultimate Victory in the war for Europe is now within the Nazis' grasp.Obsessed with the Occult, Hitler and other senior Nazis believed they were destined to inherit the Earth. To this end, they are determined to recover 'their' ancient artifacts -- the Ark of the Covenant, the Holy Grail, the Spear of Destiny. When Dunkirk veteran and Foreign Office trouble-shooter Major Guy Pentecross stumbles across a seemingly unbelievable conspiracy, he, together with pilot and American spy Sarah Diamond and SOE operative Leo Davenport, enter the shadow world of Section Z. All three have major roles to play as they uncover the Nazis' insidious plot to use the Vril's technology to win the war... at any cost.

Justin Richards has an extremely credible grasp of WWII history and has transformed it into a groundbreaking alternate reality thriller in The Suicide Exhibition.

Ryan Cawdor and his six companions struggle to survive postnuclear America, a grim new world where hope for the  future is lost amid the devastation.

In pursuit of a hardened enemy—Magus—Ryan and the companions find themselves in a land more foreign than any they've encountered. After unwittingly slipping through a time hole, the group lands in twentieth-century New York City, getting their first glimpse of predark civilization. And they're not sure they like it. Only Mildred and Doc can appreciate this strange metropolis, but Armageddon is just seventy-two hours away, and Magus will stop at nothing to make sure Ryan and his team are destroyed on Nuke Day…

Meanwhile, on the other side of the world, the slave Omar ibn Barir finds his life turned upside down when his master's religious sect is banned. Unexpectedly freed, he joins the Caliph's military forces--just as war is brewing. This thrilling prequel to Lindsay Smith’s SEKRET tells the story of how Yulia’s parents met while fighting Nazis in World War II.

Antonina never meant to become a cog in the Soviet machine. She only wanted an opportunity to conduct her research on genetic mutations and psychic ability. But now her research is being used to find other psychics to carry out Stalin’s demands. And together they are being sent deep into Nazi Germany to steal secrets. Antonina fears there is no escape from her life of lies and subterfuge, until she meets Andrei, who gives her hope that she is gifted, not KURSED. 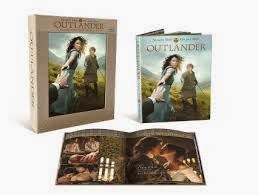 El Dorado is the fifth expansion to Europa Universalis IV and brings to life the conquests, creeds and discoveries synonymous with the Age of Exploration. The centerpiece of the latest addition is the Nation Designer, which allows the customization of a starting nation in a campaign and further enhances EU4’s already near infinite replayability. This expansion’s focus on Central America and South America introduces new religions whilst impactful theaters of exploration will challenge you with new decisions worthy of a king or conqueror. As the Aztecs, subject the Mexican plain to your rule but be sure to have enough vassal kings to sacrifice to your angry gods. As the Europeans, push deeper into the jungles of the Amazon, following rumors of lost cities and magical fountains. Whatever path you choose, El Dorado is sure to be a golden addition to your Europa Universalis IV playing experience.