You don't see many alternate histories on the Mexican-American War, so when I saw this map by CourageousLife, I knew I was going to be covering it on Map Monday: 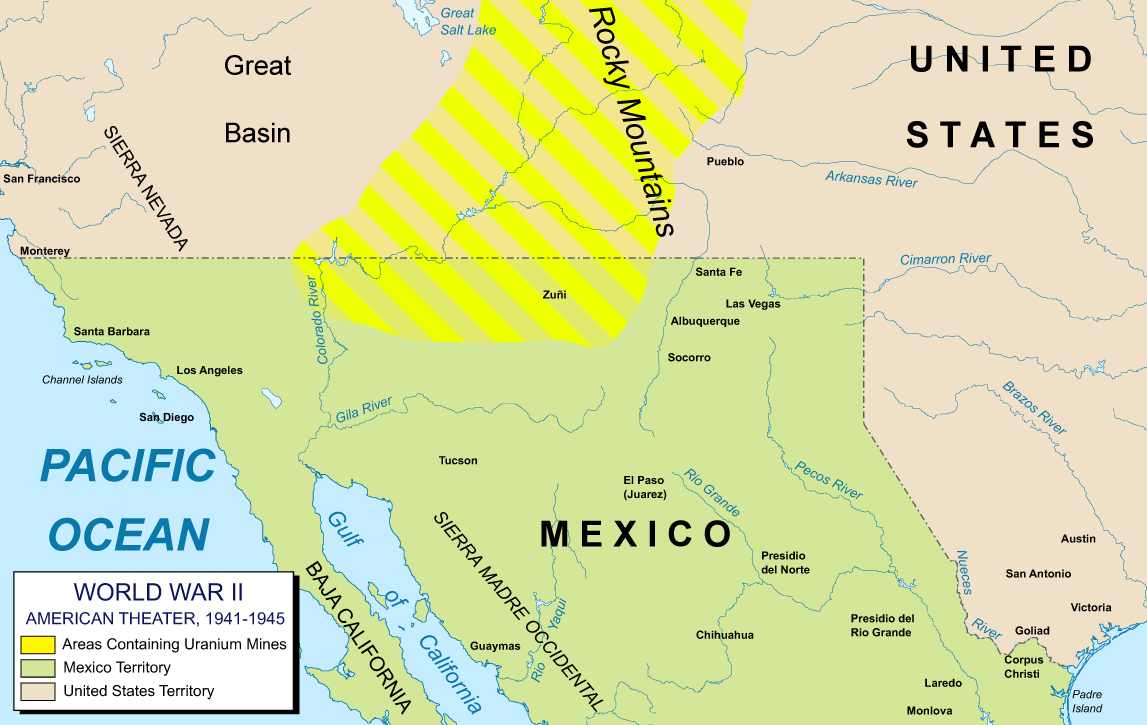 In this alternate history, the Mexican-America War is less of a curb stomp and along with poor negotiators on the American side, Mexico manages to hold onto more territory north of the Rio Grande. This doesn't mean, however, that Mexico has a better future. In fact it means two more wars with America, including one where they back the Axis in World War II and rush to mine as much uranium as they can so they can build a nuclear bomb before the Allies do. An interesting take on an often ignored war with map that is simple, yet clean.

Honorable mentions this week go out to Ephraim Ben Raphael's Darwinia-inspired map of his post-Catastrophe world (which includes some details on what happened to the Congo Free State) and Rvbomally's Fortunate Son. Don't forget to check out Vox's map of every country on Earth conquered, colonized or influenced by Europe (minus five). If you want to submit a map for the next Map Monday, email me at ahwupdate at gmail dot com with your map attached and a brief description in the body of the email.