Sorry again for the aborted Map Monday last week. I hope today's offering appeases the Alternate History Gods so they protect me from my evil computer demons. Lets take a look at "Premier Empire" by Lynn Davis (a.k.a. PlatoonSgt, ToixStory): 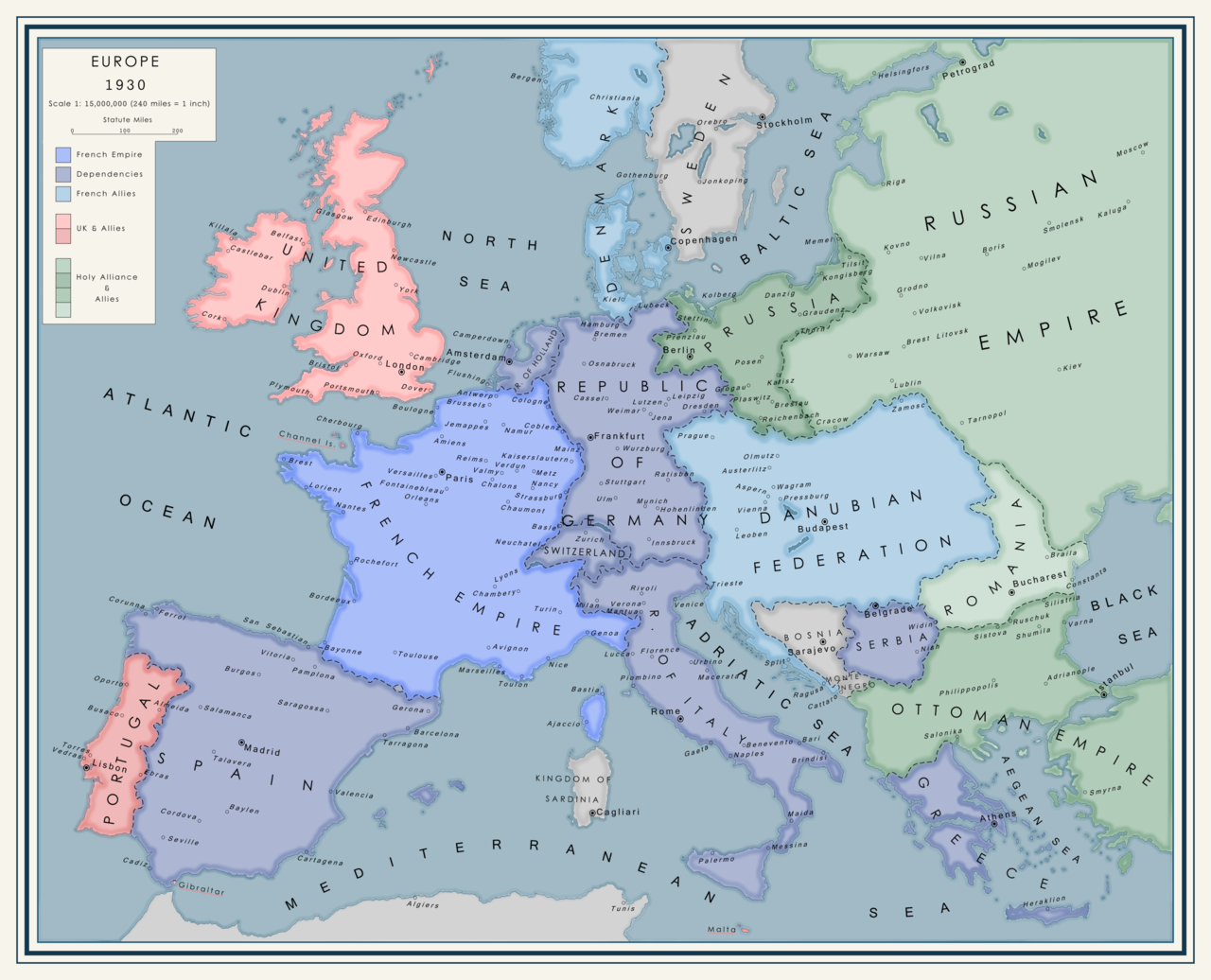 In this universe Napoleon treats his allies better and eventually forces Britain and Russia to a final negotiated peace. Things go well for France until Napoleon dies and his son makes a mess of things. This requires another Napoleon to rise up and subdue Europe, but by diplomacy not conquest. By 1930, France is still the most power nation in Europe, but its power is waning against the Russian-led Holy Alliance and Anglo-American pact. Its an interesting take on a popular subject (especially in French language alternate histories). Its certainly a French wank, but Lynn allows for the ups and down associated with empires and the France in this scenario is certainly in a decline.

The map itself is well done. The borders aren't just copy and pasted from other maps and the colors differentiate the different blocs without making it too busy. An excellent map from one of my favorite alternate cartographers.

Honorable mentions this week go out to Justin Avey for his "United Provinces of the Netherlands" (you can also see it over at his blog). I also recommend you check out Cool Maps of Fictional Literary Places by Rachel Cordasco at Book Riot. If you want to submit a map for the next Map Monday, email me at ahwupdate at gmail dot com with your map attached and a brief description in the body of the email.