Map Monday: For All Eternity by Goldstein

In the original Map Monday post, I featured a future history that presented what a politically conservative reader might consider a dystopia. The map stirred some controversy, so to make amends here is "For All Eternity" by Goldstein featuring a world that never experienced the Cold War: 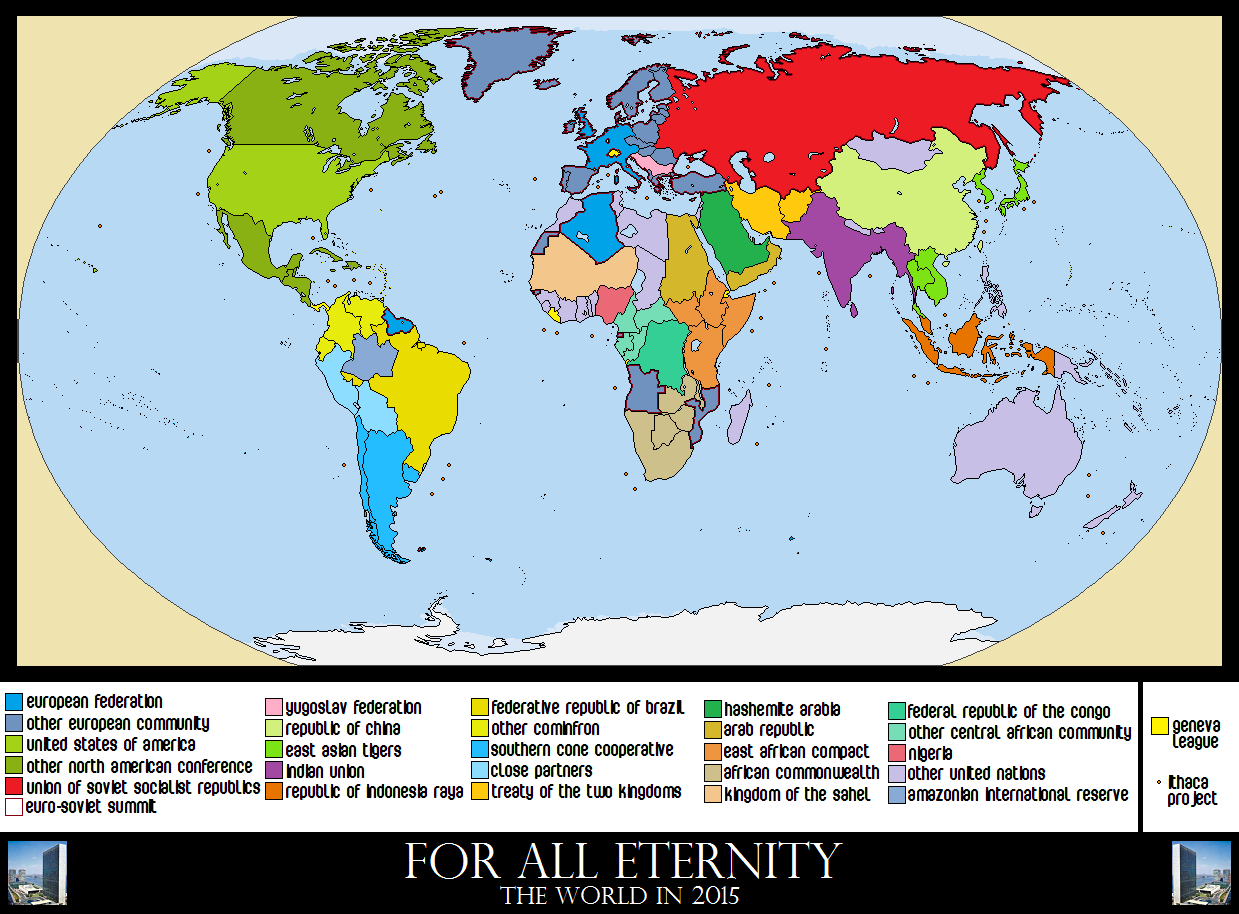 In this universe, FDR dies in 1941 and Henry Wallace becomes president. There are no increased tensions after World War II. Instead the Soviet Union and the United States cooperate with each other and give the UN some real teeth. Communism as we know it collapses in the 1950s with the death of Stalin, leading to a more democratic and technologically advanced world. Most of the world exists under a internationally cooperative and socialist-esque system, with only the members of the Geneva League and the Ithaca Project practicing free-market capitalism.

Is this incredibly optimistic and naive? Absolutely. Despite being well loved by the New Deal supporters, Henry Wallace was an idealist who failed to realize how much of sociopath Stalin was. A Wallace presidency would most likely lead to a dystopian world where the Soviet Union was in a much stronger position of power. That all being said, "For all Eternity" is a parody of the notorious "For All Time" timeline by Chester A. Arthur. In Chester's world, everything went wrong, but in this world, everything went right. With so many people complaining about science fiction being pessimistic, "For All Eternity" represents another road we as alternate historians can travel. Yes Goldstein's scenario is highly improbable, but that doesn't mean future scenarios can't be optimistic and plausible.

Honorable mentions this week go to rvbomally's "Shame They Can't Both Lose" and Bruce Munro's cover (description here) of Adam Chamberlain and Brian A. Dixon's  Columbia & Britannia. If you want to submit a map for the next Map Monday, email me at ahwupdate at gmail dot com with your map attached and a brief description in the body of the email.