One of the first real-time strategy games I ever played was Command & Conquer. The game featured a multi-national taskforce fighting against a militant cult for control over Tiberium, a resource of extraterrestial origin that can be used to build various weapons. The main villain, Kane, actually appears in the alternate history prequel which was called Command & Conquer: Red Alert. This turned the entire series into an alternate history epic that all began after Albert Einstein went back in time to stop Hitler, but inadvertently caused World War II to be fought between the West and the Soviet Union.

With Command & Conquer: Red Alert 3, however, EA created a different timeline when the defeated Soviet leadership go back in time and kill Einstein in 1927. The now altered future features the Soviets on the verge of conquering Europe, but now there is a new faction: Japan. This new timeline got generally positive reviews, but I still think I liked rvbomally's (author of "Ad Astra Per Aspera") version of "Red Alert" featured on this map: 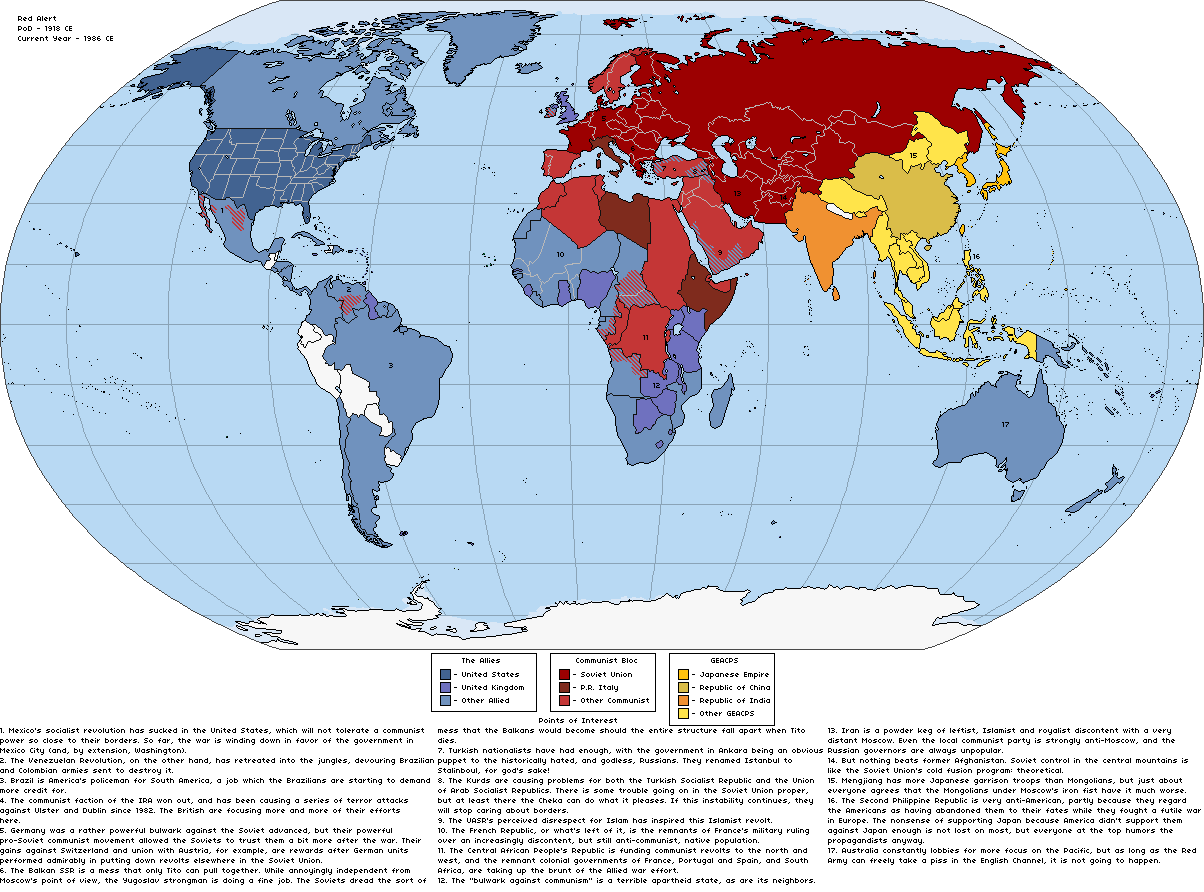 Removing the alien space bats, rvbomally's "Red Alert" is set in a world where Hitler dies in World War I and Stalin changes his mind about "socialism in one country" and goes on to conquer Europe while ally-in-name-only Japan swallows up East and South Asia. The United States rallies the rest of the free world around itself making the map look surprisingly familiar.

What I liked more about the map and the scenario that rvbomally crafted is that it really does fix the implausible elements of the Red Alert series, while still keeping some of the common tropes associated with the game. It is a good example about how a fan with some smarts can do a better job with a world then the people are paid to create it.

Honorable mentions this week go out to "Republica Portuguesa" by Reagent and these maps on what Russia hopes Europe becomes in the next couple of decades featured on io9. If you want to submit a map for consideration for the next Map Monday, email me at ahwupdate at gmail dot com with your map attached and a brief description in the body of the email.