So I may need to find a different map maker to idolize. I certainly post way too much about Bruce Munro, but what can I say? He makes a lot of interesting maps. This one, although created by Bruce, the underlying scenario was written by another AlternateHistory.com member. It is titled "Mumby's Boken America": 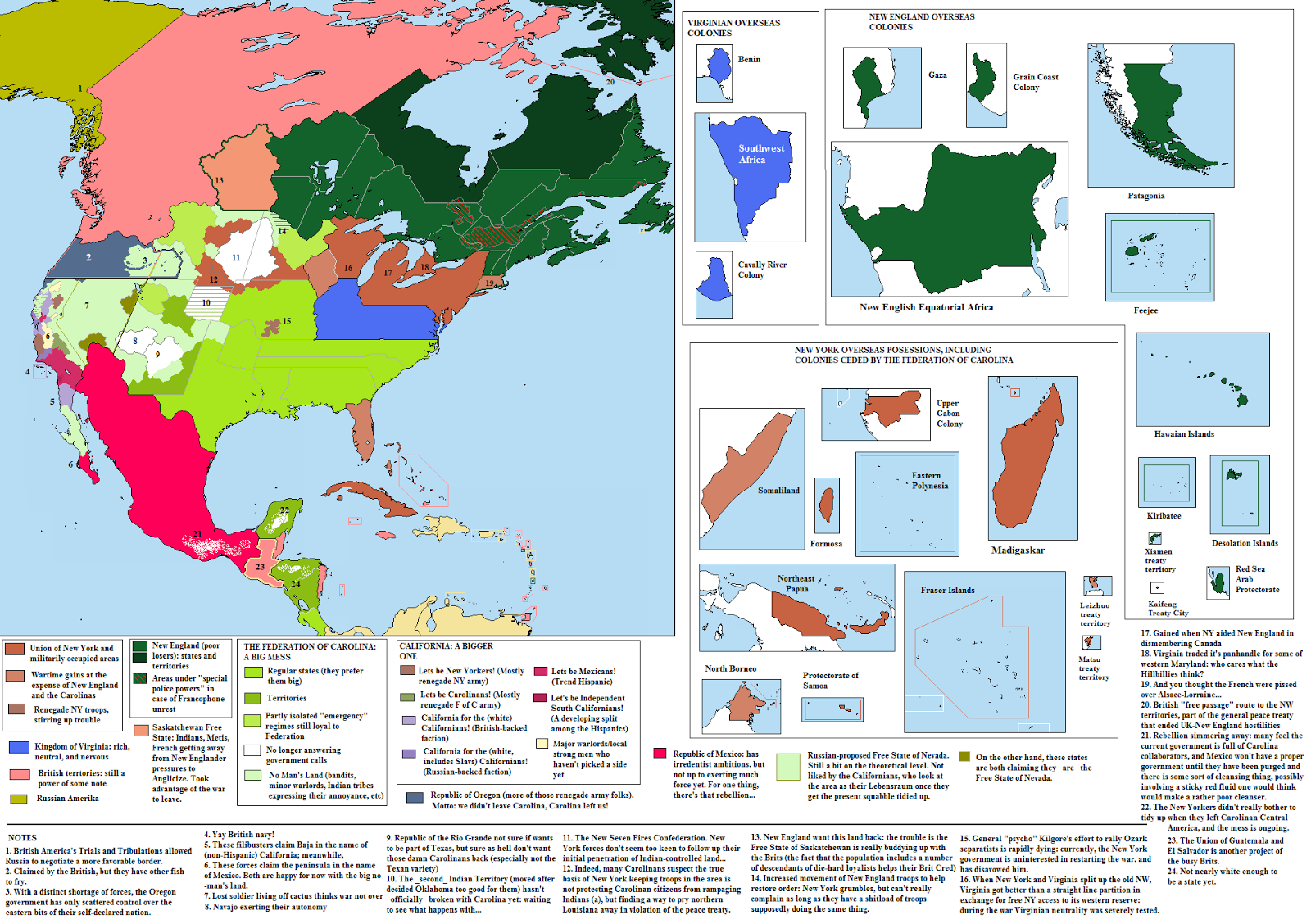 The scenario was originally written by Mumby, which was in turn inspired by another member's challenge to write a rationalized version of a game of Risk. This balkanized North America features a world where the Thirteen Colonies went their own way after their war of independence and eventually stabilized into four different states, each with its own unique government. Flash forward to 1920, a major war has just ended and the Carolina jugernaut has been broken. Western and southern North America is a mess and their are plenty of flash points waiting to spark another major war.

I especially like this map for the African colonies. Without a large federal government, the states probably would have pursued such an avenue of expansion, especially the ones cut off from the West. I applied the same logic when I contributed to "Out of One, Many" on the AltHistory Wiki.

Honorable mentions go to Newcastle's Independence Eve marketing campaign and this bogus map of ISIS's territory goals. If you want to submit a map for consideration for the next Map Monday, email me at ahwupdate at gmail dot com with your map attached and a brief description in the body of the email.