Timeline Thursday: An Examination of Extra-Universal Systems of Government by Ephraim Ben Raphael

I decided to do a little digging and discuss an AlternateHistory.com favorite of mine that has not been updated in quite some time. It is called "An Examination of Extra-Universal Systems of Government" by Ephraim Ben Raphael. It features a fictional traveler who is writing a book covering how different forms of government succeeded (and failed) on different timelines.

The timeline covers different types of socialist/communist, anarchist/libertarian and monarchist forms of government, with other chapters hinted at. Ephraim even includes an chapter on non-traditional states before the timeline went quiet back in September 2013. Updates were in the form of excerpts from the book where the narrator interviews people in the timeline, usually important people inside the government type being featured, and gives a brief history of the timeline. Ephraim also provides maps and flags, such as the one below from a world where there are two United States:

And his scenarios have inspired other map makers, like Bruce Munro, who made this map based off of Ephraim's scenario where socialism was the dominate form of government: 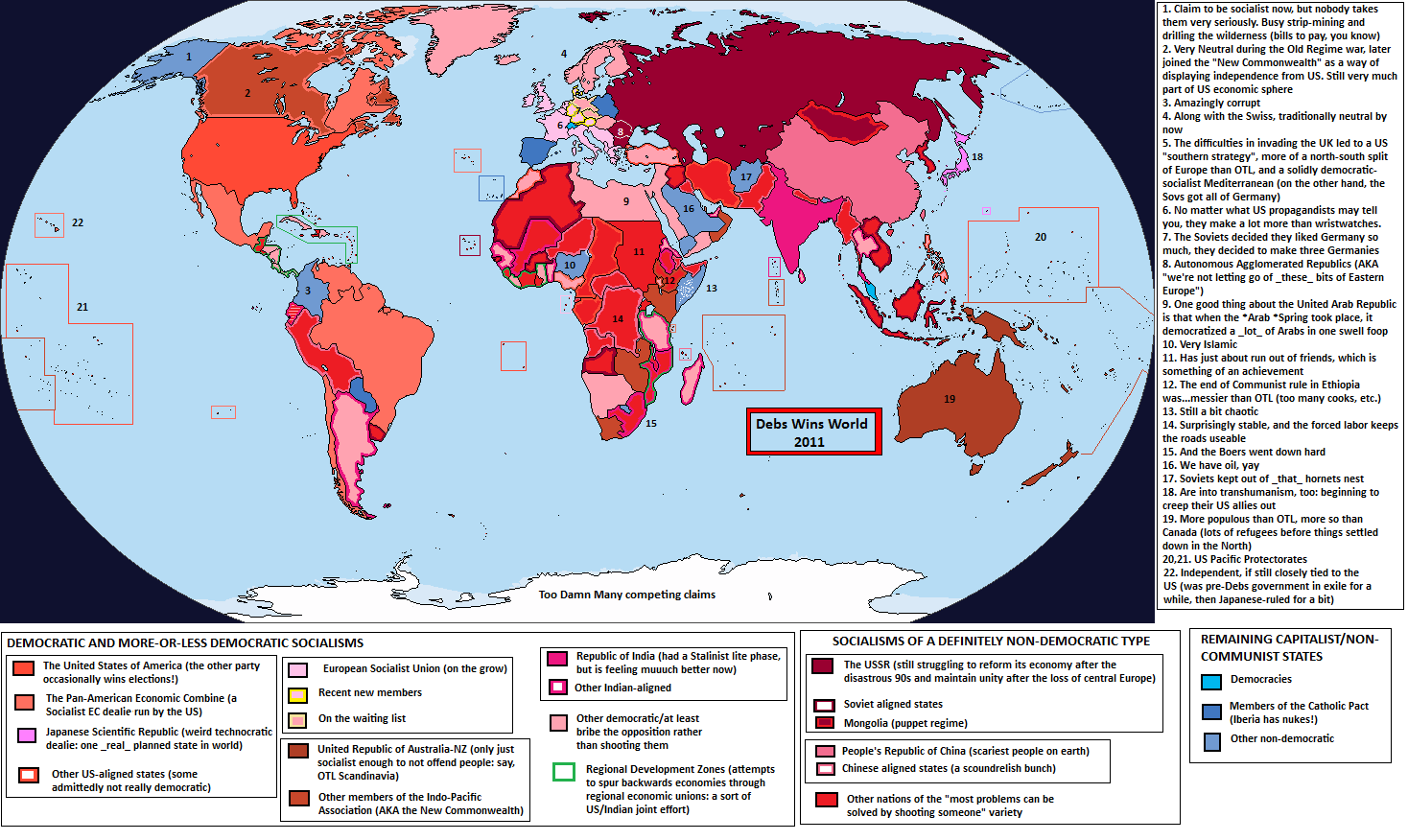 The key draw to the timeline for me, however, is when these governments fail. Although the fictional author of the book tries to present an unbiased view of these different types of governments, its when he visits the worlds where these systems collapsed that you get neat little micro-dystopias. My favorites include a failed libertarian America that is now confined solely to Guantanamo Bay and a rump Soviet Union...IN SPACE!

Sadly, as I mentioned before, the timeline has not been active for quite sometime. Hopefully one day Ephraim will return to it, but in the meantime, go read what he has already written. The easily digestible chunks of alternate history goodness are great for those who don't want to commit to a full timeline, but more importantly, it is just a great piece of alternate history.