Another month and we're still alive. It is a bit surprising based on what the scientists from Clemson University are saying on their speaking tours. It seems they have some pretty good scientists over there. Anyway, they have taken to using up valuable fuel traveling around giving talks at community meetings that are being held in auditoriums all over town - and the upstate of South Carolina for that matter.

They tell us that they have been studying the atmosphere on the horizons and have analyzed the chemistry by light refraction and even spectrography to find out just how bad the nuclear attacks were. The biggest fear, scientists agree, was that there would be a nuclear winter that would kill us all within weeks or months due to dust in high atmosphere. But that seems to be only in certain places. They tell us that they see evidence of massive fallout that spread across the center of the country reaching across what is the area a couple of hundred miles north of Greenville - Kentucky and Virginia, for instance. The main culprit, they suppose, is the attempt at stopping the launch of our missiles from silos in Missouri.

The way they see it, the best way to destroy whole cities is with a bomb going off in the air, with very little dust to make radio-active. The smoke caused by the fireballs like those over Columbia, for instance, carried very little actual radiated material. And so, those refugees we've been treating at the hospitals suffer from traumatic injuries and burns, but not much actual radiation sickness. It makes sense, I guess. But its still early. 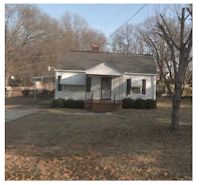 What this means to us is that we may not freeze to death after all. Besides, this old house has bad insulation and we'll be moving soon. I'm going to miss Nanny though. She has become a grandmother to the children. I hope there will be some kind neighbors in Dunean. Debbie was shown the house they've picked out for us. It's within walking distance from the hospital and they have contracted with the city to have a school bus to transport employees if they need transportation (like in bad weather or late at night). She brought a Polaroid snapshot of the house home the other day! It's got a fireplace! It looks like it has a good flat lot for a garden as well. A lot better than the slope out back of the house now.

It's hard to believe, but we got advertisements in the mail on Tuesday. We stopped getting "US Mail" soon after the attacks. The postal workers, having nothing else to do, have pretty much stayed on the job but they don't work but about two days a week. Nothing has been coming from outside of the county anyway - except for a few notices from Clemson and Wofford. Those schools are acting much like Bob Jones and Furman in Greenville -- as local support centers. They are helping spread news by sometimes literally running packets between Clemson, Greenville and Spartanburg. I think some of the athletes are getting training that way! Well, anyway, K-Mart and Sears had mailers already printed back in the Summer, I think, because they got them out in plenty of time for Christmas shopping.

I really doubt if there is going to be a lot of that. The banks have not reopened, though the mayor's office says that a system of accounting using printouts from September is allowing for local businesses to transfer funds by paper transactions. Personal checks have become 'legal tender' now that the money supply has dwindled. They call it 'marginal' banking -- meaning the banks only have a small amount of actual cash on hand. It is assumed that the Federal Reserve banks in Atlanta and Charlotte were destroyed, and I'd suspect that the mint in DC are dust now. It's sad -- the attacks came so fast I doubt if either president Reagan (he was in New York about to make a speech at the UN, or George Bush survived. I wonder which cabinet member survived -- if any.

My goodness, I need to start getting more sleep on Fridays. I'm already tired and the patrol car just pulled up outside to bring me to work. Well, I've started rambling as I write anyway. Maybe the weekend will be slow.