I am doing things a little different today because the flag I originally planned to feature inspired me to write about more than one flag and allowed me some shameless self-promotion. First, lets take a look at the flag in question: 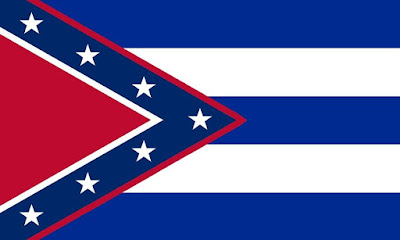 This is the "Combination of Rebel and Cuban flags" by Kylorin, which I founding in the Vexillology sub-reddit. As you can probably guess from the title, it combines elements of the Cuban flag and the Confederate flag. Some in the comments section pointed out that Kylorin used different shades of blue and red, but otherwise I have no issues with the flag. This is, however, more of a redesign and not an original flag, so there is no story...but could it have come from a timeline where Cuba was a state of the Confederacy? 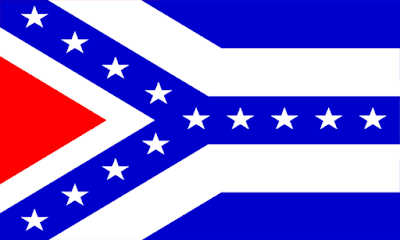 This is Marc Pasquin's own combination of Rebel and Cuban flags which he described as being "more symbolic and a lot less plausible." He made two other flags like it (here and here), but that is the one I went with when I created the original title card for Trope Talk: Confederate Cuba. Admittedly I edited it to add text on it and Marc later corrected my amateurish attempt at creating a title card: 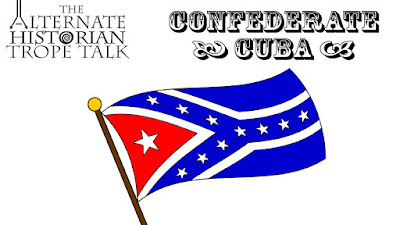 As you can see, Marc made the white lines thinner and added a star to the red field. All in all it is a prettier title card and one I am happy to host on my channel.

So why did I show three Confederate Cuba flags? Because there's more than one way to skin a cat. Despite the fact that all three flags have similar elements, they still have their differences. Thus when designing flags, even when you are intentionally combining two specific flags, there are still ways to get creative and I applaud that.