ParliPro and PoDs: The Intersection of Model United Nations and Alternate History 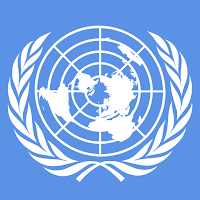 Starting off with a note on the title; ParliPro is shorthand for Parliamentary Procedure, the rules of debate, modified from Robert’s, which is the standard for Model United Nations across the United States.

The year when I was fourteen bestowed upon me two interests. I was in eighth grade, nerdy and introverted, and interested in my father’s science fiction collection. Looking for more books on the internet, I stumbled upon Turtledove’s WorldWar. From there, I devoured TL-191, then Guns of the South, than many other of his books, and other works of alternate history. That same year, as a freshman in high school, I joined the Model United Nations club, and sparked my love for that activity.

Model United Nations, for those not familiar with it, is the simulation of committees of the United Nations, or other debating bodies, on an interscholastic level. The most common of these are different subcommittees of the General Assembly; common ones are the Disarmament and International Security Committee (DISEC), the Social, Cultural, and Humanitarian Committee (SOCHUM, pronounced to rhyme with ‘vacuum’), and the Special Political and Decolonization Committee (SPECPOL). Each school sends one or two students to act as delegates, and represent the viewpoints of a specific country on the issues of the committee (for example, a committee on the current refugee crisis would have students representing France and Germany in favor of letting more in, and students representing Hungary would be opposed, and both sides would debate accordingly).

Despite the specific name, MUN (as it is often called) can encompass other organizations; I have been in committees simulating the Arab League, the Organization of Islamic Cooperation, and have seen European Union and Organization of American States committees; often these do not have countries as the roles that students take, but rather important people (e.g. different members of the European Commission, or a national cabinet). Historical committees come into play; there have been American Constitutional Convention and Congress of Vienna committees, to name a few. Perhaps odder are crisis committees, which are the more action-oriented committees; often but not exclusively set during wartime, they have not countries, but different leaders assigned to different schools. They have teams from the host institution giving them live updates, forcing them to tackle the crisis at hand.

In my underclassman years I tried to meld my two interests; they were vetoed by the club administration my freshman and sophomore years. My junior year, however, when I had become an established member of the club, I was granted my wish: I was put in charge of a committee set in an alternate history for middle school students. I chose something well known, vanilla, a world where World War II ground to a halt and the different factions had to decide on peace agreements. There were naturally three blocs, Western Allies, the Fascist Bloc, and the Eastern Bloc. Poland, rather than Germany, was divided between Fascists and Communists, and both had  their own say in the negotiations.

The middle schoolers acted with admirable professionalism; they were young, but they came well dressed and had read my extensive background material that I had concocted to establish the universe; after the conference, I posted the background information here, for those with accounts on alternatehistory.com. They acted with considerable maturity and understood for the most part the gravity of the topics that they were discussing, namely the Holocaust (all but in name) and the division of Poland. They understood my departures from reality and from established MUN convention, and the whole enterprise had them proclaiming it to be the “best committee ever.”

Before I go into the relation between two of my erstwhile interests, I must introduce another example. My senior year of high school, I was put in charge of a crisis of three committees. I had chosen the Texas Revolution as the war we would use. We had three committees, those of Mexico, the Republic of Texas, and the United States. Unlike the previous specialized committee, this started in our timeline, a week after the Battle of the Alamo. From there, however, the situation diverged drastically, with the United States entering the war (granted as we had planned) a decade earlier than it had done in OTL.

My apologies for a long exposition, but examples, I feel, are necessary to establish the context for my following thoughts.

Model United Nations is, despite the apparent sophistication of scholastic sponsorship and Western business attire (a phrase oft-repeated in delegate guides; not for nothing is the activity dubbed “LARPing in business suits” by its adherents), by its very nature a simulation; I have often felt that MUN could be decently recreated in AH.com’s shared worlds forum. And like in many alternate history media, plausibility, the holy grail of many writers, must be sacrificed. Note my beginning comment in the introduction to the background material; I openly admitted that it was implausible, horrendously so, and defended that statement in the comments. Much like video games, a certain scenario must be engineered to fit the medium through which it is conveyed. The description of the First and Second Wars of the Polish Partition, the substitute for World War II,  is utterly implausible from a military standpoint. It did, however, create a postwar environment that had three blocs that would likely meet at a single place to resolve issues leftover from the war; in this case, the Stockholm Peace Accords.

In crisis committees, this is exacerbated beforehand, and we had to take action to ensure the United States entered the war against the Mexicans; had they not, the American committee, about twelve delegates in total, would have spent the day doing nothing, jeopardizing future delegations (MUN is a business just as is everything else). As such, we had concocted a rather implausible happening to draw them in; to keep the US out of the war, the Mexicans were providing weapons to Native American tribes to keep the US occupied (this was also a mechanism to entertain the American delegates). When it was inevitably discovered by a Texan intelligence effort, the Americans entered the war on the Texan side.

Much as stories have plausibility stretched to meet their needs, MUN conferences do much the same to facilitate debate, discussion, and action. An alternate world is something that can be a breath of fresh air after endless committees about child labor or trade policy; however, in order to create said world, the authors of committee documents sacrifice one thing that makes OTL committees work: breadth of additional information. In OTL, you have a world’s worth of information on every internationally relevant topic imaginable. In an alternate timeline, writers need to invent this information, and have to provide it to the delegates in spades. Refer once more to the background information I provided in the link to AH.com; the background timeline, not the topical guides, was over ten pages long in my attempt to provide the context that OTL has. Even then, I had to make on the fly decisions based on questions that they brought up. This is the greatest weakness of an alternate timeline as the setting of a committee.

Even as alternate worlds, MUN can reveal a certain degree of historical essence; it often follows what was in OTL and was probable anyway. In the WWII committee, the Germans were defeated, in the conference room rather than the battlefields of Kursk and Normandy; they were outvoted by the Western Allies and the Soviet Bloc (which, incidentally, counted all of its Soviet republics as separate delegations; I based this off of what the Soviets actually did in the United Nations, and also to offset a numerical disparity), and the Fascist bloc simply could not compete, passing a watered-down bill in conjunction with some of the Western bloc, in addition to an East-West anti-Fascist paper.

In the Texan joint crisis, the war ended much like the OTL Mexican-American war, with the Americans and Texans soundly defeating the Mexicans; San Antonio became a 19th-century Stalingrad. However, the Texan joint crisis did demonstrate, simultaneously, how history is fickle and affected to the tiniest of things, the butterfly effect indeed. There is one major variable that the chairs and crisis staffers cannot control: who the schools pick to represent which individual position.

The three committees, American, Texan, and Mexican varied in quality of the delegates. The Texans were undoubtedly the most competent; the delegate representing Thomas Rusk started an intelligence effort that brought the United States into the war. The Americans were average. The Mexicans, however, were positively inept. Their committee kept voting to send men to the meat grinder, contributing to the bloodbath that was San Antonio; by the end of the committee they were deploying Volksgrenadiers all but in name. Perhaps their greatest blunder, however, was the decision to landmine extraterritorial waters in the Gulf of Mexico with the intention of hitting American ships. This had the effect of drawing Britain into the war on the side of the Americans after the sinking of a British ship in the Gulf; Mexico was brought to surrender in short order.

This convergence is a good example of how randomness in the position selection process can lead to wildly unexpected outcomes; it in effect created an alternate history. At the end of the conference, Mexico badly beaten, one of the Mexican delegates came up to me and asked why he couldn’t change history; I had to do everything in my power to refrain from screaming at him “you did; real life Mexico didn’t fuck it up this bad!” (granted I was irritated due to constant complaints from that committee; I only gave them the crop that they had sown and reaped). Individuals do play a part in history, and MUN makes this abundantly clear.

Model United Nations is often exalted as teaching students through simulation the virtues of knowledge, preparedness, and knowledge of the world. Adding alternate history to the mix seems counterintuitive, but I believe it teaches something different: adaptability. An experienced delegate thrown into an alternate history committee is forced to reevaluate any previous assumptions brought in, and now have to work in a completely different history. Crisis committees make this in real time, with constant adaptation to changing circumstances. The Texas Revolution crisis committees had to deal with a veritable stream of information coming in, and respond to it in a timely manner. It is a different mindset, and it is a different challenge.

Alternate history, unfortunately, is not commonplace among high school or college Model United Nations circuits; I think this is a shame due to all the potential. One can have access to so many new settings; in a culture where many ideas are considered overdone, it could be a breath of fresh air. The circuits could benefit from this greatly, if they take all the necessary precautions. Alternate history is something that is hard to do correctly. but if done well, it can illuminate history and encourage speculative, critical thinking (something that schools want to foster). It is something, I feel, that Model United Nations could greatly benefit from.

Alexander "SpanishSpy" Wallace is the author of several works of alternate history on alternatehistory.com and the alternate history wikia, including the 2014 Turtledove Award Winner for Best New Speculative, The Rise of the Tri-State World Order: A Timeline of Orwell's 1984, Emancipation and Exodus, and Scorpions in a Bottle, as well as other works.
Posted by Mitro at 10:58 AM