This week's Map Monday is a guest post from our friend Daniel Bensen. Check out his blog, Kingdom of Evil, and see his maps: American Nation-States, Mars from War of the Worlds and Eurasia colonized.

Browsing alternate history maps like you do, and I got to wondering. Of course, the borders in a given area (say Europe) depend a lot on historical contingency, the arbitrary choices of leaders and plain old accident, but geography plays a role, too. Unless your alternate history is very alternate indeed, mountains and rivers still function the same way to hinder or aid armies and merchants. So given this geography, what state borders are most likely?

I went to Euratlas Periodis and its series of historical maps of Europe. Then I popped in an entertaining audiobook into my iPod and started tracing the little black lines between 1000 and 2000 CE. Here’s what I got: 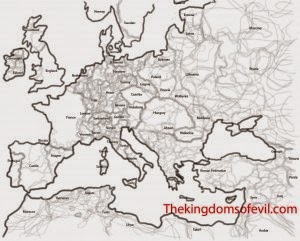 A few borders have remained relatively unchanged for the past thousand years: Portugal assumed its present shape during the Reconquista and stuck that way, and France has never managed (or wanted?) to cross the Pyrenees. The Eurasian Steppe is usually occupied by some large state or other, everybody wants a piece of coastline, and Central Europe is just a mess. Focus on only those long-lived borders, and you get: 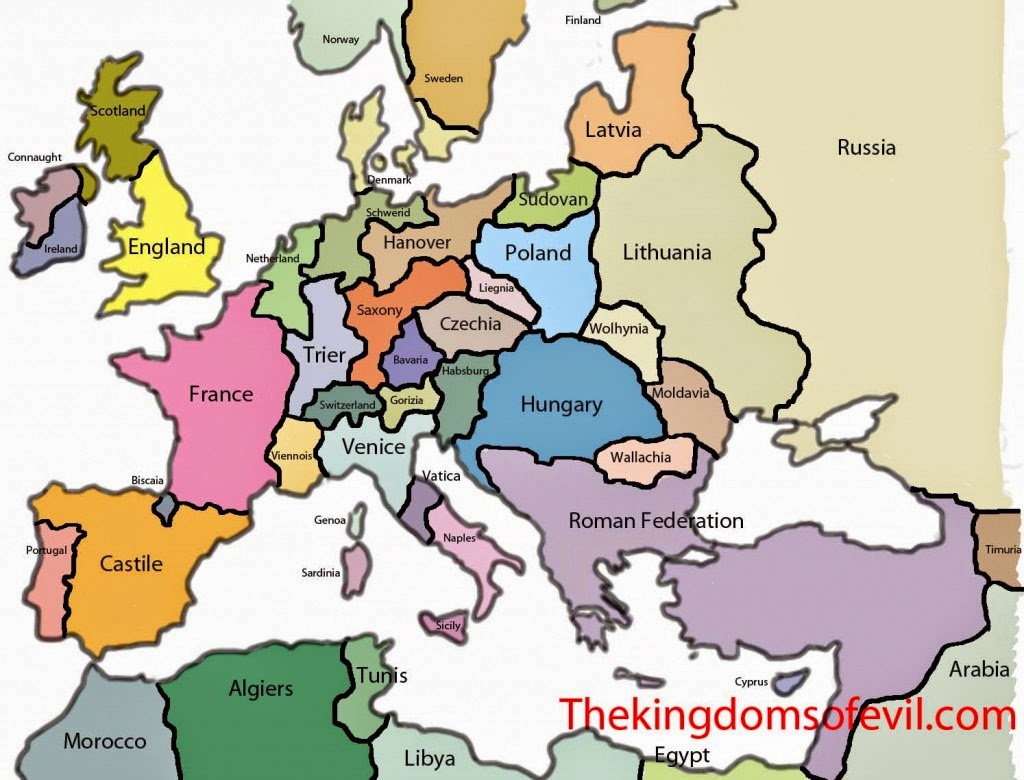 …in other words a smear of the last thousand years of history.

I’m not sure what series of events might have lead to such a map in the 20th century. Constantinople ascendant over Rome? The absence of Charlemagne? Christian Mongols? A more severe Black Plague? Or maybe we can blame those dang-blurned Protestants, taking over Western Europe and telling rival royal families not to marry each other? What do you think happened?

Honorable mention this week goes to Bruce Munro's "Happy Shiny Caliphate" (or "Krapman's Caliphate). You can read the description here. If you want to submit a map for the next Map Monday, email me at ahwupdate at gmail dot com with your map attached and a brief description in the body of the email.