Preview: Martinez's The Venusian Gambit and Young's Acts of War

I got two new books I am going to be reviewing in the upcoming weeks. First up, the final book in Michael J Martinez's Daedalus series, The Venusian Gambit. Here is the description from Amazon:

The last chapter of the dimension-spanning Daedalus series brings the 19th and 22nd centuries together for an explosive finale in the jungles of Venus!

In the year 2135, dangerous alien life forms freed in the destruction of Saturn's moon Enceladus are making their way towards Earth. A task force spearheaded by Lt. Cmdr. Shaila Jain is scrambling to beat them there while simultaneously trying to save crewmember Stephane Durand, who was infected during the mission to Saturn and is now controlled by a form of life intent on reopening a transdimensional rift and destroying the human race. But Jain doesn’t realize that the possessed Stephane has bigger plans, beaming critical data to other conspirators suspiciously heading not for Earth, but for Venus…

In 1809—a Napoleonic era far different from our own—the French have occupied England with their Corps Eternélle, undead soldiers risen through the darkest Alchemy. Only the actions of Lord Admiral Thomas Weatherby and the Royal Navy have kept the French contained to Earth. But the machinations of old enemies point to a bold and daring gambit: an ancient weapon, presumed lost in the jungles of Venus.

Now, Weatherby must choose whether to stay and fight to retake his homeland or pursue the French to the green planet. And Shaila must decide if it’s possible to save the man she loves, or if he must be sacrificed for the good of two dimensions. In the dark, alien jungles of Venus, humanity's fate in both dimensions hangs in the balance—forcing past and present to once again join forces against an ancient terror. 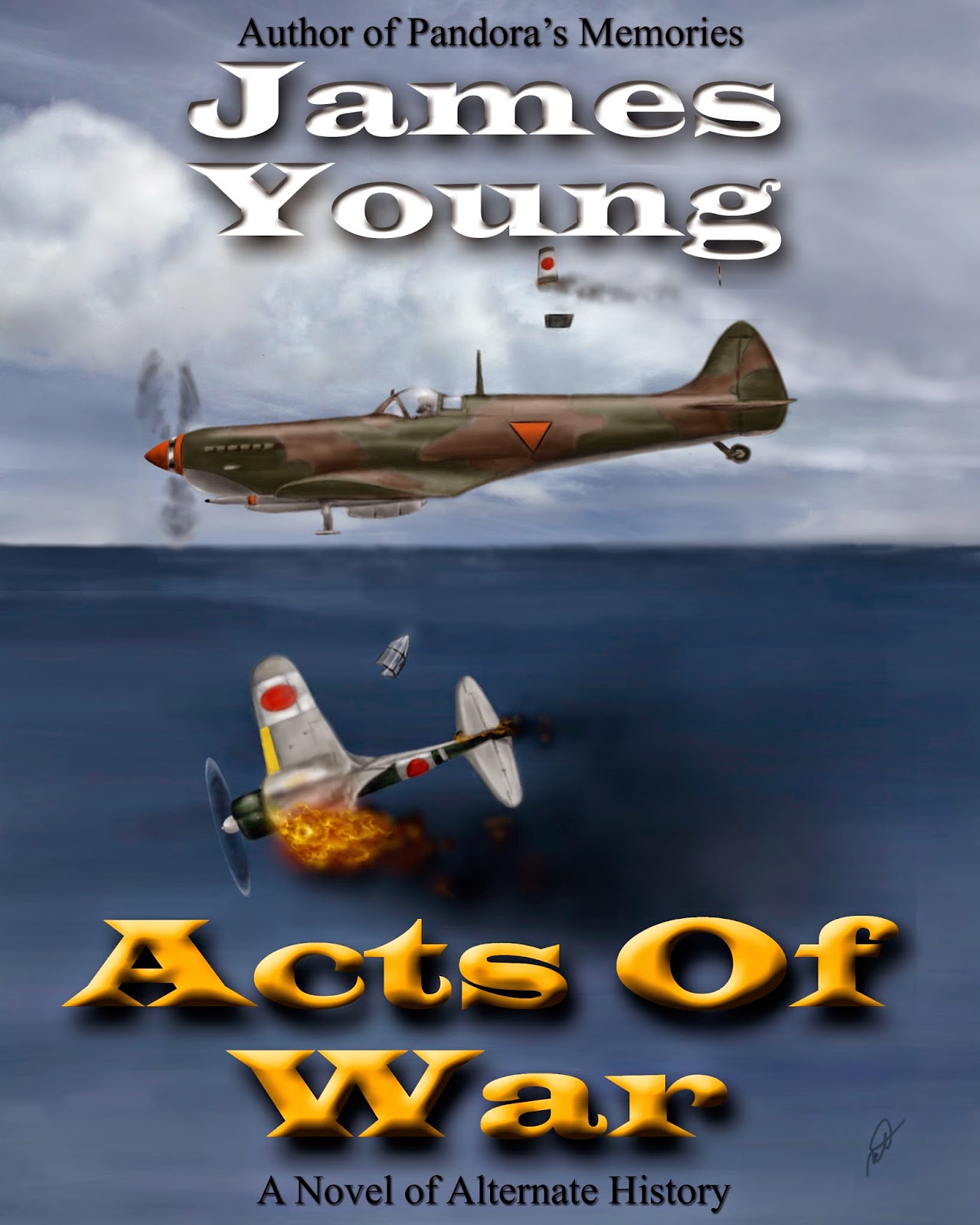 This is one of my favorite historical fantasy series and the thought of Napoleon leading an army of zombies to conquer Britain just fills me with glee! Next up, we have James Young's Acts of War, book two in The Usurper's War series. Here is the description from Amazon:

Somehow I doubt that this is quite how anyone expected Adolf Hitler's death to turn out...--Squadron Leader Adam Haynes, No. 303 (Polish) Squadron

August 1942. London is in flames. Heinrich Himmler's Germany stands triumphant in the West, its "Most Dangerous Enemy" forced to the peace table by a hailstorm of nerve gas and incendiaries. With Adolf Hitler avenged and portions of the Royal Navy seized as war prizes, Nazi Germany casts its baleful gaze across the Atlantic towards an increasingly isolationist United States. With no causus belli, President Roosevelt must convince his fellow Americans that it is better to deal with a triumphant Germany now than to curse their children with the problem of a united, fascist Europe later.

As Germany and Japan prepare to launch the next phase of the conflict, Fate forces normal men and women to make hard choices in hopes of securing a better future. For Adam Haynes, Londonfall means he must continue an odyssey that began in the skies over Spain. American naval officer Eric Cobb finds that neutrality is a far cry from safety. Finally, Rear Admiral Tamon Yamaguchi must prepare himself and his men to fight a Pacific War that is far different than the surprise attack Imperial Japan had once planned but never executed.

Acts of War is the first novel of the Usurper's War series, which charts a very different World War II. As young men and women are forced to answer their nation's call, the choices they make and risks they take will write a different song for the Greatest Generation.

I had fun interviewing James and I look forward to reading his novel. You guys can also check out James' article "Nagumo’s Missing Turkey: The Kido Butai’s “Third Strike” at Pearl Harbor".

Do you have an alternate history novel, short story, graphic novel, comic, etc. that you want reviewed on Alternate History Weekly Update? Let us know at ahwupdate at gmail dot com.