Harry Turtledove is one of the most prolific alternate history authors in the world today and regardless of whether you are a fan of his or not, you can't deny he has had a major impact on the genre. While most alternate historians produce their own original content, there are still many fans who dedicate their time to chronicling and expanding the work of other authors like Turtledove.

For example, the Harry Turtledove Wiki has small, but active, community of users who continuously update their encyclopedia of Turtledove's work. AlternateHistory.com also has an active thread called "TL-191: Filling the Gaps" where users speculate on the history of Turtledove's epic American Civil War timeline that the author left out. It was there where I found this map by President Mahan: 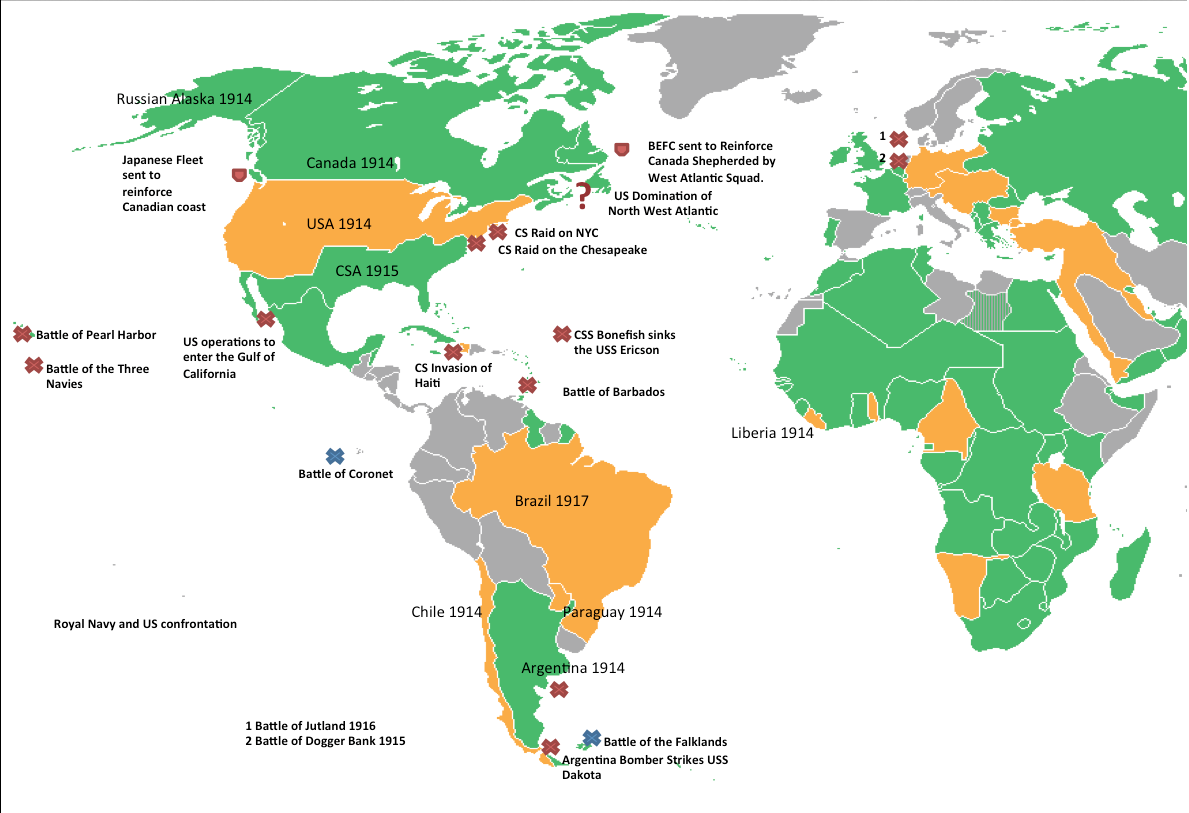 Quality wise the map is nothing special, but it nevertheless is a great example of the dedication of the Harry Turtledove fans you see on the Internet. Plus it is helpful to see where all of the naval battles from the Great War took place, even if some are pure speculation. Again not the best map I have ever seen, but for what it needs to be as an infographic, it certainly succeeds.

Honorable mention this week goes out to Rvbomally's "Command & Conquer" map. I would also check out Nick Danforth of The Atlantic's article on how America tired (and failed) to redraw the map of the Middle East after World War I. If you want to submit a map for the next Map Monday, email me at ahwupdate at gmail dot com with your map attached and a brief description in the body of the email.