A common distraction at work for me is to check on how Wikipedia portrays the ever-evolving borders of ISIS. In fact there is a lot of debate about what is the actual extent of ISIS's control. Do they control large swatches of Syria and Iraq as depicted on Wikipedia or do they just control a few towns and highways with most of the countryside being disputed. So can you use such a fluid situation in your alternate history? SRegan thought so in his "ADAIR/ADARI/KI" map: 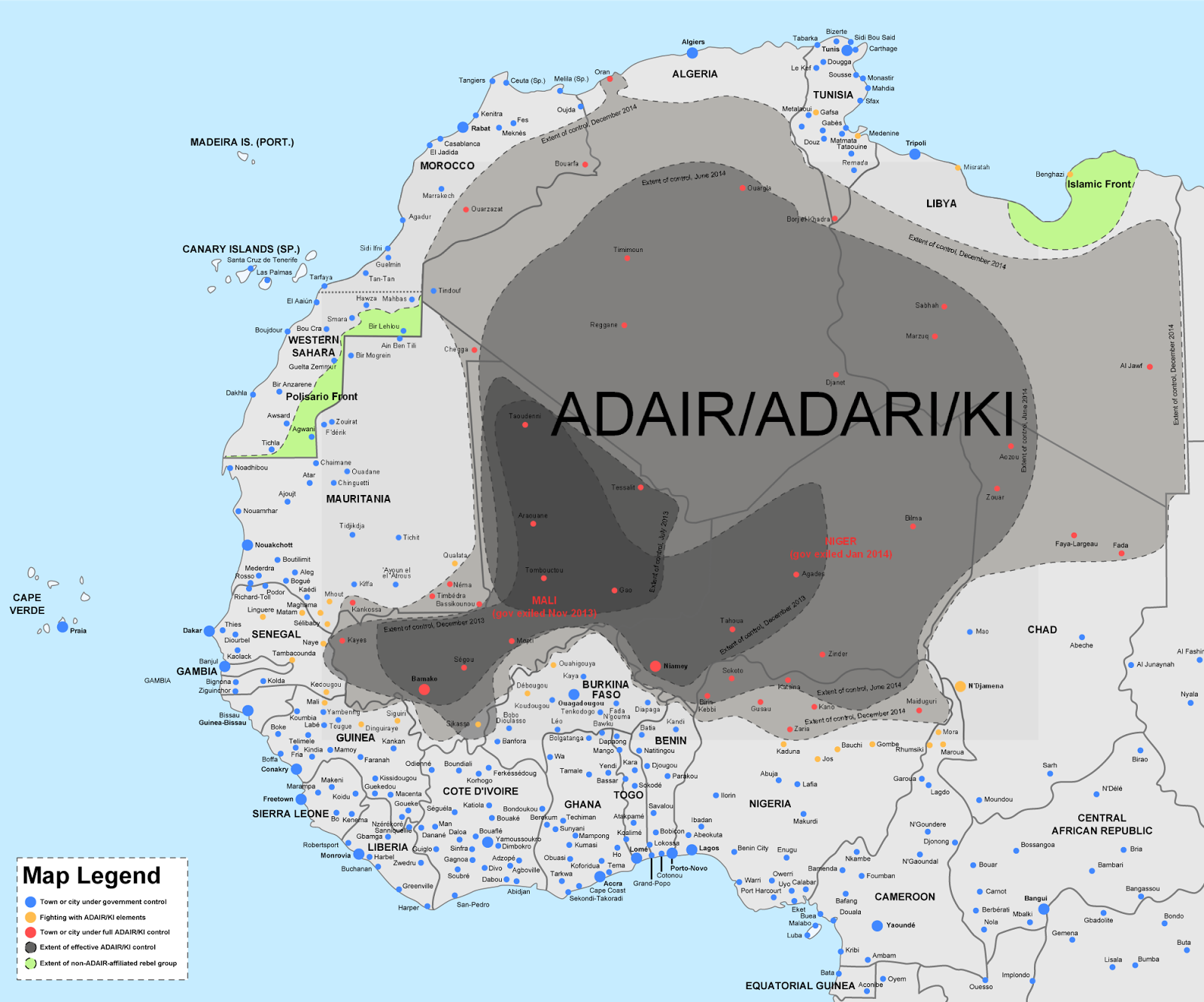 In this timeline, the Northern Mali conflict is hijacked by an Islamic mercernary group known for their advanced weaponry. They quickly absorb various Islamic groups throughout the region creating a ISIS-esque state in Northern Africa. I thought SRegan did an excellent job capturing the essence of Wikipedia's map while successfully transplanting it to a region of the globe usually ignored by the rest of the world. Its a good map that was inspired by the ongoing tragedy in the Middle East that reminds us that it can happen elsewhere if we are not vigilant.

Honorable mentions this week go out to Frank Jacobs of Strange Maps for his in-depth look at Amazon's The Man in the High Castle's map of the former United States. Don't forget to check out Sam McDonald's new blog (he has been posting his original maps there) and those looking to hire a map maker will be happy to learn that ToixStory is accepting commissions. Finally, you may also like to take a gander at the map of the most common jobs in every American state or BBC's collection of maps that shaped the world.


If you want to submit a map for the next Map Monday, email me at ahwupdate at gmail dot com with your map attached and a brief description in the body of the email.