Anthony "Tony" Schumacher is the author of The Darkest Hour, an alternate history thriller set in a world where Britain fell to German invasion in World War II. I enjoyed the book and so I reached out to Tony for an interview. He graciously accepted and here is our conversation: 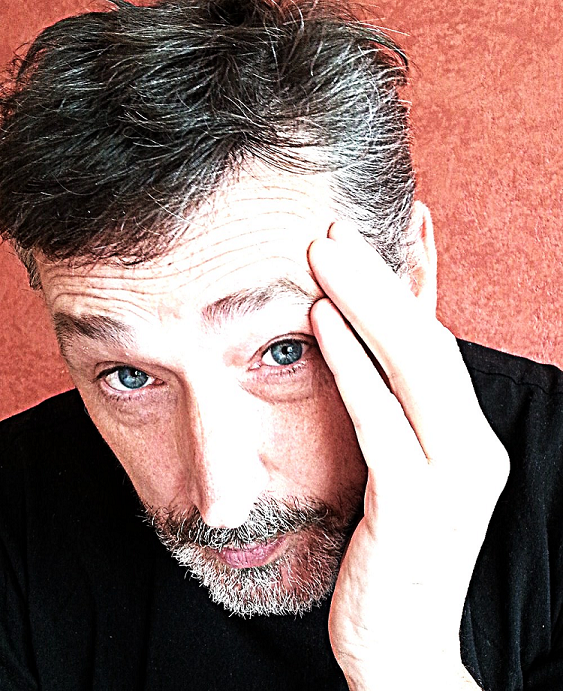 Who is Tony Schumacher?

He is my crime fighting alter ego who stalks the streets and rooftops of a night…. Oh hang on, that’s Batman.

Tony Schumacher is me, a writer, based in Liverpool, UK, the author of The Darkest Hour, an alternative history novel published by Harper Collins late last year. I've stumbled around doing all sorts of jobs, I've been a policeman, a stand-up comedian, a builder, a salesman a bouncer… honestly the list is endless. I’m just glad that I've finally found the job that really makes me happy.

Years ago, I genuinely can’t remember when, I read Len Deighton’s SS-GB and that got me hooked. Since then, the whole “what if” debate has fascinated me. Buy me a beer and I’ll bore you all night about it!

What is The Darkest Hour about?

It’s about a guy who has lost everything, literally everything, his family, his dignity, his integrity, and most importantly his sense of right and wrong. He’s doing the worst job anybody has ever done and a long way from humanity, the question is, can he find his way back?

How was Germany able to successfully invade Britain in your novel?

Oooh this is a toughy. I should first explain that when I wrote the book it initially featured a lot of geopolitical stuff, large scale explanations and debates about how this or that happened. What I found though, as time went on, is that I became more and more interested in the story of John Rossett than I was in how the world had been shaped before we met him. I made a decision to take a lot of the stuff about the war out, and concentrate on the life of the people left in the war’s aftermath. There is a great movie called The Lives of Others that is set in East Germany during the seventies. It captures that humdrum grimness of existence under a cruel regime, where people don’t care who is in charge, they only care about where their next loaf of bread is coming from.

I wanted to capture that feeling; that grimness and the sense of powerlessness that the “little guy” has in that situation, which is why the grand moves of Hitler and Churchill had to take a back seat.

But… saying all of that, I did have a scenario running in the background that is touched upon in the book, and it runs like this:

Britain was routed at Dunkirk. Many of the little ships never made it back across due to the weather and were either scuttled or grounded on the beaches of northern France. The French surrendered immediately instead of hanging on for a month or so after, and the French navy fell under the immediate control of the Nazis and was swiftly mobilised under the Vichy (or some such) government as an ally of Germany.

Unlike in real life, the Nazis didn't hesitate, and within days of the collapse at Dunkirk and the loss of such an immense amount of equipment, they launched an invasion with their own armada of barges and little ships, supported by the newly reinforced Axis navies.

Weather, and a reeling British high command, limited the RAF and its strikes against the invasion force that managed to land and take a decent sized port (in the disarray of the capitulation of Dunkirk insufficient engineers, and explosives, were available to effectively put all the south coast ports out of action.)

The Royal Navy withdraws from the channel in the face of the Axis naval forces, primarily to allow a future Government in Exile a means to get its remaining troops out of the country, with a view to  defending what would be left of an empire.

The Americans, under President Lindbergh watch on, after negotiating an oil and territory treaty with the Japanese (who are looking west towards an eventual conquest of China, and a future possible conflict with Russia before they turn their own eyes south, and the riches of an isolated Australia). Lindbergh sees the Nazis not just as a bulwark against Communism, but also as a future trading partner who would open up a single European market in the long run.

I've probably missed something out here, but I think that is how in my imagination things could have played out, although I would stress, as I did in the book itself, I’m a story teller, not a strategic planner!

Why do you think WWII alternate histories are popular in English speculative fiction?

Wow, good question! I don’t know, I don’t even know why they interest me so much? It can’t just be because the Nazis had cool uniforms can it? I wonder if it is because talking about it, flipping around ideas and solutions gives us the chance to be god?

The lovely people at Harper Collins did two for me. The US one is quite distinctive, with a Union Flag and Swastika, it’s pretty bold and in a way a little disturbing. So much so that the powers that be decided to use a different one for the European market, just in case the US one caused offence.
I’ll be totally, honest, I don’t know which my favourite is, I think they both look amazing.

At any one time I’ve got about five books on the go if I’m honest, a couple of thrillers, plus an incredibly boring one about book marketing (I know I know, you don’t have to say it.) Alongside those is a really interesting war diary by a guy called Major Roy Farran, who was one of the founders of the SAS, called Winged Dagger. And finally the autobiography of Jan Karski, who was an incredible Polish Jew who fought with the resistance against the Nazis in Poland. Karski also managed to infiltrate the death camps, catalogue the atrocities taking place and then get out and tell the world, a truly amazing man.

It’ll get easier as you go along, and the one thing about writing is: the more you do it… the better you get.

Secondly, network, talk to other writers. You don’t have to join a writing group (I didn't, but I’m guessing it would do no harm if you did) all you have to do nowadays is join twitter, read and comment on blogs, share your own work and read other peoples work. You’ll get loads of criticism, and give lots out, so learn how to spot the good stuff (a lot will be rubbish), and then learn from the mistakes of others as well as your own.

Thirdly, don’t give up. I really believe that is the ultimate secret, whatever you do… do not give up, because if you keep pushing, you’ll get there.

(I could probably say buy a book on marketing as well, but it would be too boring if I did!)
Posted by Mitro at 11:00 AM