What If Wednesday: D-Day Fails 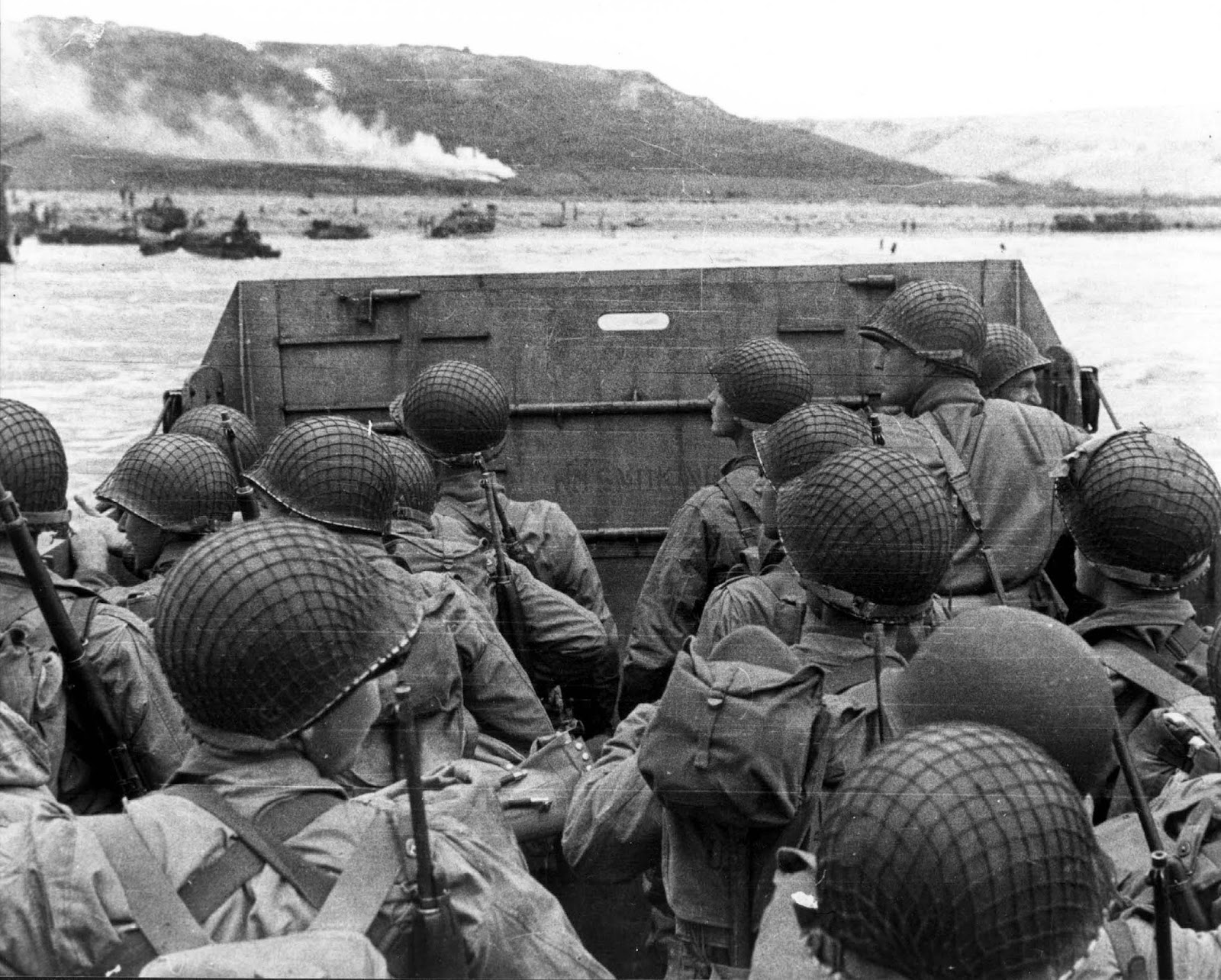 This year marks the 70th anniversary of the Normandy landings of World War II, commonly known as D-Day. On June 6, 1944, Allied forces launched the largest seaborne invasion in history that opened a second front in Europe and led to the liberation of France and contributed to victory in Europe. Numerous websites and blog posts have commemorated the anniversary and I've decided to wade in (only a week late) by asking the question: what if D-Day failed?

It is not that hard to imagine. The Normandy landings were a complicated operation that required cooperation not just between different branches of the military, but also between the varied nations of the Allied powers. Poor weather, German fortifications and alternate history's all-time favorite German soldier, Erwin Rommel, added to the Allied woes. Even Supreme Commander of Allied Forces, General and Future President Dwight Eisenhower prepared for the worst by drafting a speech he would give in case D-Day failed.

It is quite popular in alternate history to assume that the Nazis could have won the war if they had driven the Allies into the sea. The scenario goes something like this: the Allies, horrified by the incredible loss of life, make peace with the Germans. No longer threatened by invasion in the West, the Nazis are able to free up soldiers to fight on the Eastern Front. They roll back the Soviet advance and are either in Moscow by next year or else Stalin is killed in a coup and the new Soviet overlords make peace as well. The West and Germany then settle in to a nice, long Cold War. Examples of this point of divergence appear in the televised version of Fatherland, Spike's Alternate History and Tsouras's Disaster at D-Day: The Germans Defeat the Allies. 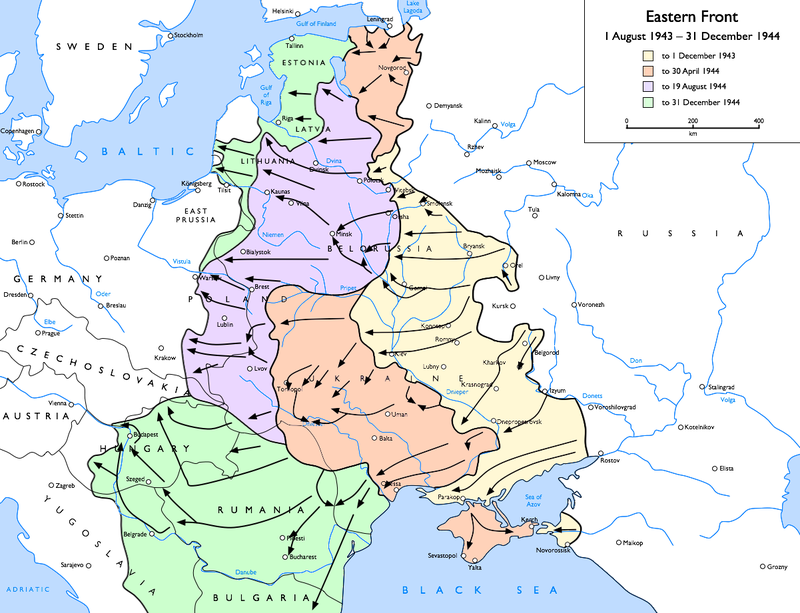 Popularity, however, does not equal plausibility. I find that assuming D-Day would make or break the overall Allied victory to be a common misconception in alternate history. Writers who make that assumption tend to forgot about how well the Soviet Union was doing on the Eastern Front. See the map to your right to see just how far the Russians were advancing before, during and after the invasion. Also they forget about Allied forces advancing up the Italian peninsula. These two forces aren't going to be wiped out along with the forces at Normandy unless the Nazis had nuclear weapons (which is an entirely different point of divergence). In fact the German military was not the same military of 1939. Many of their soldiers, even their elite, were poorly trained and may not even have been able to stem the tide of Soviet/Allied advance if freed from defending Western Europe.

As Tim Jones pointed out in "Bloody Normandy: The German Controversy" (originally published in The Hitler Options: Alternate Decisions of World War II) even if the Germans had done better at Normandy, they still probably would have been driven back by overwhelming Allied numbers and firepower. Assuming they are somehow victorious, it is unlikely the Allies would make peace barring drastic changes to their government. They may not try another invasion of Normandy, but this wouldn't stop the Soviet advance. The war may take longer, but the Soviets could potentially reach the English Channel. The United States could use one of their nuclear bombs to force an early German surrender before the Soviets reach the Atlantic. This of course would have a profound effect on the War in the Pacific if there is one less bomb to use, although after the disaster at Normandy they are unlikely to launch a seaborne invasion of Japan.

Politics in America could also be very different. Eisenhower may either resign or get fired after a failed D-Day. His future political career would also suffer as well and he would unlikely run for president, possibly giving the Republican nomination and election victory to non-interventionism Robert A. Taft, unless liberal intellectual Adlai Stevenson beats him for the White House. One of them would have to handle the Cold War, the Red Scare and the Civil Rights movement.

Or maybe I am wrong. Maybe the Germans could have driven the Allies back from Normandy and fight the Soviets to a stand-still. What do you think about my scenario? What did I get right and what did I get wrong? Let us know your thoughts in the comments below and if want to submit your own scenario email me at ahwupdate at gmail dot com for a chance to be featured on the next What If Wednesday.