Disclaimer: I posted this early because I want to enjoy my Memorial Day BBQ.

This week on Map Monday there are actually two maps that made the cut, but the first one gets the ultimate shout out in the title. It is titled "The Twenty United States of America" and its creator is Ephraim Ben Raphael, an AlternateHistory.com regular whose work has been featured before on The Update. Check it out below: 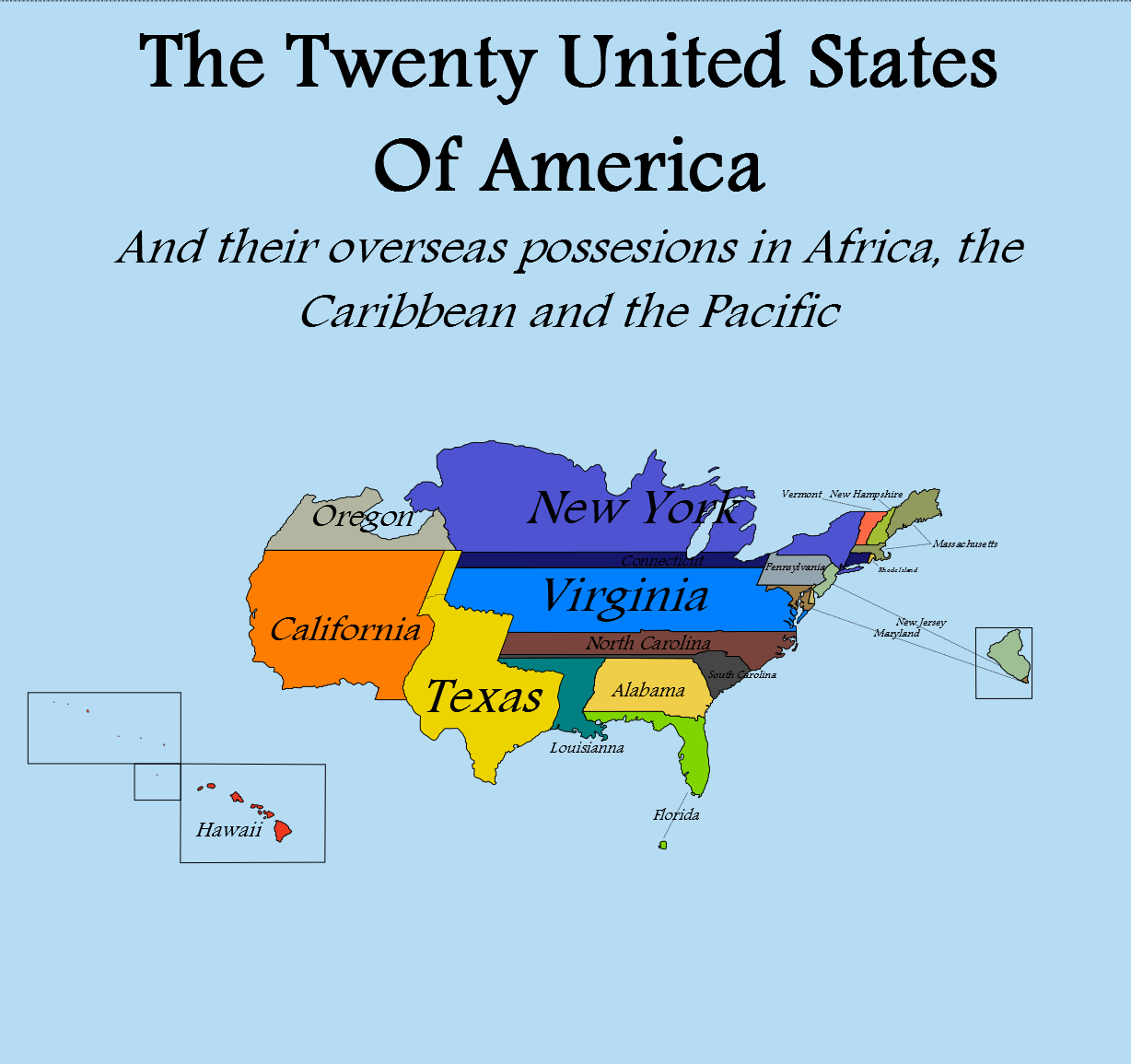 Admittedly the map isn't as well done as previous maps featured on this segment, but its the concept that I enjoy the most. In this history, the United States did not ditch the Articles of Confederation. Instead it evolved as time went on, changing the United States into a loose union of different sovereign states. Ephraim, however, warned readers not to mistake this America as a libertarian paradise claiming that the states still wield considerable influence over their populations even if the federal government does not.

Another reason I chose this map, however, is the excellent cover created by Bruce Munro: 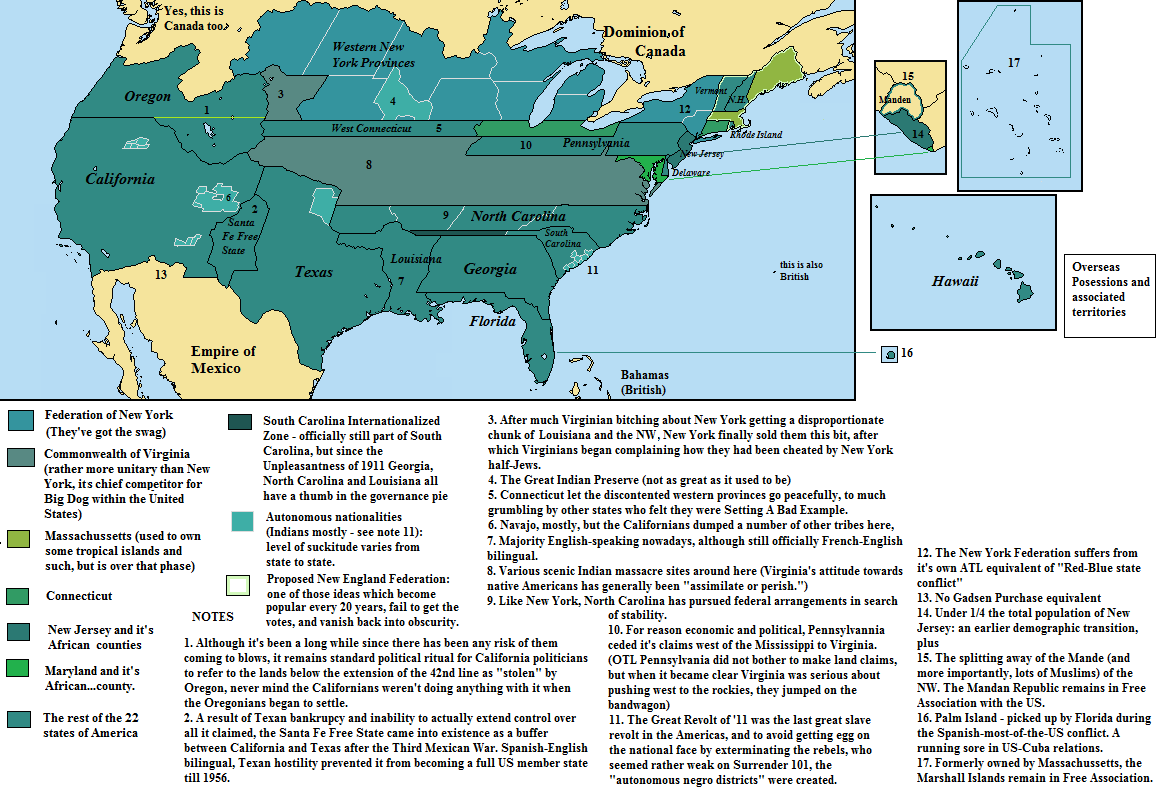 I like this version because it is better drawn, has more realistic borders and fills in some background information about how these different states came about. The cover makes the United States seem like a modern day version of the Holy Roman Empire, with New York and Virginia standing in for Prussia and Austria.

Of course, both maps are missing something very important: the Northwest Territory. The Northwest Ordinance was one of the few accomplishments of the American government made under the Articles of Confederation so where is it? Its never really explained in either map what happened to it in a timeline without the Constitution. O well, still a great concept. Too many timelines that have America keep the Articles simply devolve into your run of the mill balkanized North America world. It is refreshing to see someone go in a different direction with it.

Today's honorable mentions goes to "The Nation of Brotherly Love" by PlatoonSgt and "The former Mandate of Palestine in 1959" by Iserlohn. I also want to recommend two non-alternate history maps from last week. The first lists each country's most valuable export (Time) and the second includes the most common group of legal immigrants for each state, along with a follow up featuring everyone but Hispanics (Slate). If you want to submit a map for consideration for the next Map Monday, email me at ahwupdate at gmail dot com with your map attached and a brief description in the body of the email.

Matt Mitrovich is the founder and editor of Alternate History Weekly Update and a blogger on Amazing Stories. Check out his short fiction. When not writing he works as an attorney, enjoys life with his beautiful wife Alana and prepares for the inevitable zombie apocalypse. You can follow him on Facebook or Twitter.
Posted by Mitro at 1:09 PM