What If Wednesday: Central America Unites in the 1850s 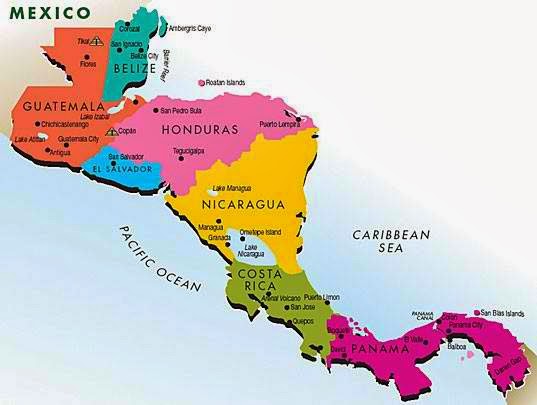 From 1856 to 1857, the filibuster William Walker took advantage of civil war in Nicaragua to established himself as the ruler of said country. Talk of uniting all of Central America under his flag and joining the United States scared his neighbors leading to a coalition of Central American states to declare war with the intent of overthrowing Walker’s government. Walker was eventually defeated and returned to America in May 1857.

William Walker is a figure who has appeared in alternate history numerous times. His united Central America was the cause of the Confederacy’s victory in the GURPS "Dixie" setting and the main antagonist of SM Stirling’s Nantucket trilogy. The problem is, however, that the white man gobbling up more land for a space-filling empire is getting old in the alternate history community.

I rather see the Central Americans do it by themselves. Central America has made a few attempts since independence to create a larger whole, all of them obviously unsuccessful. I still think Walker’s campaign, however, was a great chance for another try at unification, especially when you consider the direct threat from foreign invasion from America that Walker represented.

There is an old timeline I have been working on and off with for years. The general scope is a world where the areas designated the “Third World” are more developed and powerful, while the First World is weak and divided. I have struggled with making this plausible (perhaps it would work better as a future timeline), but I have always stuck with Walker’s campaign as the genesis of this timeline.

Specifically the point of divergence in my unpublished timeline is a different life to JuanSantamaría, a Costa Rican soldier who became famous after sacrificing his life fighting Walker’s forces at the Second Battle of Rivas. In my universe, he lives through his heroic ordeal, but nothing is more dangerous than a living hero. His popularity grows and he speaks openly about Central American unity. The oddly charismatic boy (piece of advice, vague historical facts are your friend) proves quite popular with the veterans who fought Walker who adopt Central American unity with zeal and the local leaders take notice.

A new federation emerges, with the help of American and European investors. As the new nation struggles to iron out the details of their union, they develop an abolitionist, anti-imperialism ideology that is tested when they are faced with the choice of supporting the Confederate States of America. Do they support the rebels in order to weaken the United States, or stick to their ideological guns?

I admit this scenario is a tad implausible and its use of the Great Man Theory of History (or would it be “Little Man” in this case) will certainly not appease everyone. Still I have always found Central American relations in this time period fascinating by how they could have affected the history of their larger northern neighbor. Perhaps one day I will return to this timeline and try to flesh it out some more. What do you guys think? Could Central America have unified after Walker’s invasion? Or is there a better point of divergence out there? Could Walker have taken the entire region?

Have a what if question you would like me to answer or one you would like to submit yourself? Email us at ahwupdate at gmail dot com for a chance to have your what if featured on What If Wednesday.

Matt Mitrovich is the founder and editor of Alternate History Weekly Update and a blogger on Amazing Stories. Check out his short fiction. When not writing he works as an attorney, enjoys life with his beautiful wife Alana and prepares for the inevitable zombie apocalypse. You can follow him on Facebook or Twitter.
Posted by Mitro at 9:19 PM

Email ThisBlogThis!Share to TwitterShare to FacebookShare to Pinterest
Labels: Central America, What If Wednesday, William Walker