I wanted to post my next entry in my World War I series last week, but with so much information coming in from NPR and Evans' article on counterfactuals I decided to postpone it so I can absorb all this new information. Don't worry, I still got plenty of great content on the way including some fun interviews and coverage on some World War I themed games.

As a reminder, you can support The Update's mission on providing the best news and reviews on alternate history by buying stuff through Amazon. Just click on the banner on the top right corner of the blog before you do so. You get to buy what you were going to buy anyway and we get to wet our beak a little in the process.

The Reviews Are In For 300: Rise of an Empire

Last week, 300: Rise of an Empire, sequel to the Frank Miller adaptation 300, was released. This  fictionalized retelling of the Battle of Salamis has done well at the box office, ensuring more sword and sandal films in the future. Whether that is a good or a bad thing, I leave up to the personal opinion of the reader. My personal opinion, strongly influenced from my viewing of The Immortals, is that it would be a a bad thing.

I will be honest: I don't have any intention of seeing this movie. Although I enjoyed 300 when I first saw it, the movie has not aged well for me. Luckily, several reviewers I respect have seen it for me and have shared their opinion of the flick on the Internet. Lets see what they had to say...

Let's start with the good:
And now the bad:
So my hand picked reviewers are split on the film. What do you think?

Now we will look at my three favorite maps of last week. First we have a beautiful map of sketchdoodle of the Brooke Kingdom of Sarawak & Sabah: 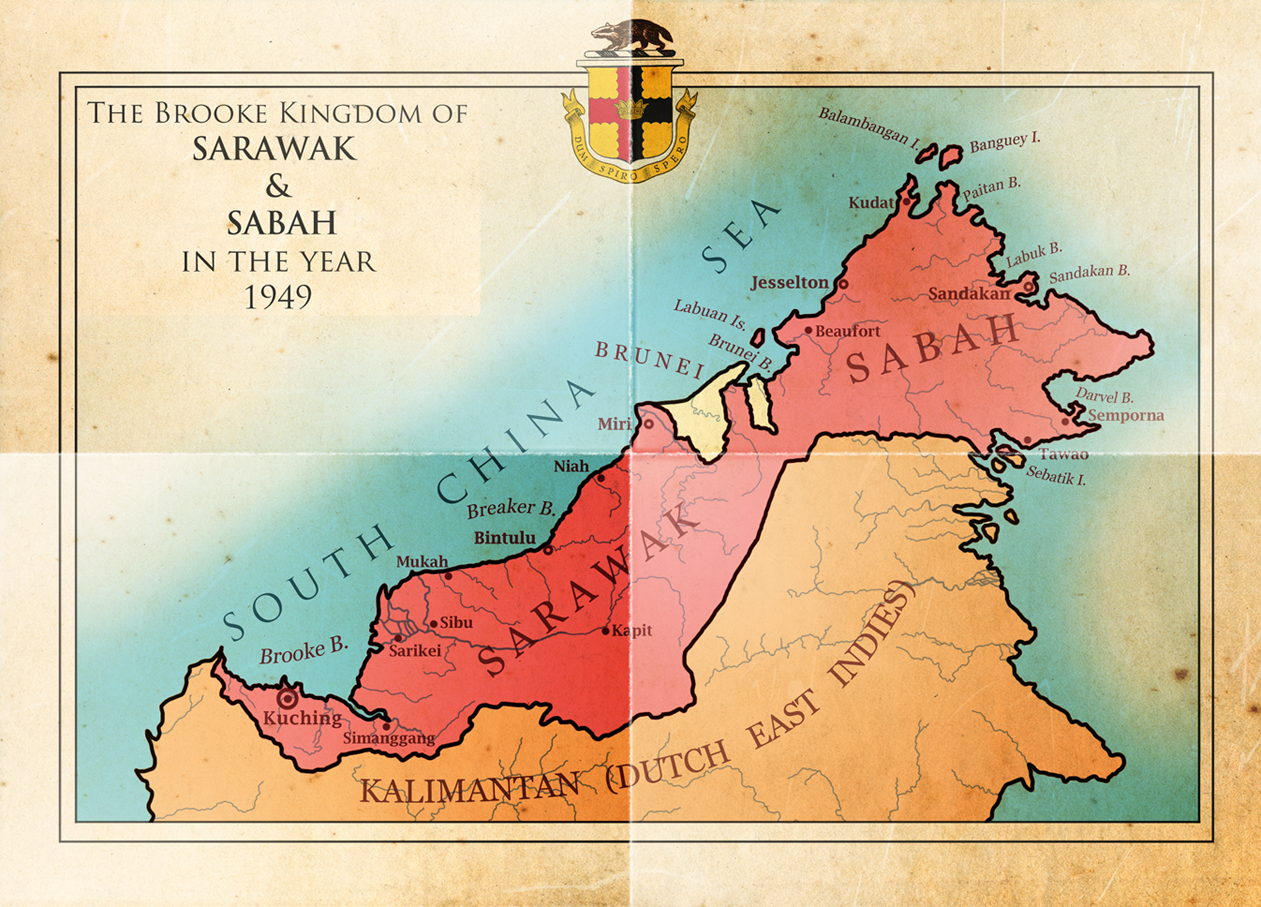 Not only is this a well drawn map, I like that it focuses on a part of the world often forgotten by alternate historians (except when the Japanese occupy it).

Next we have a world map from long time contributor Sean Korsgaard focusing on his Communist Confederacy timeline: 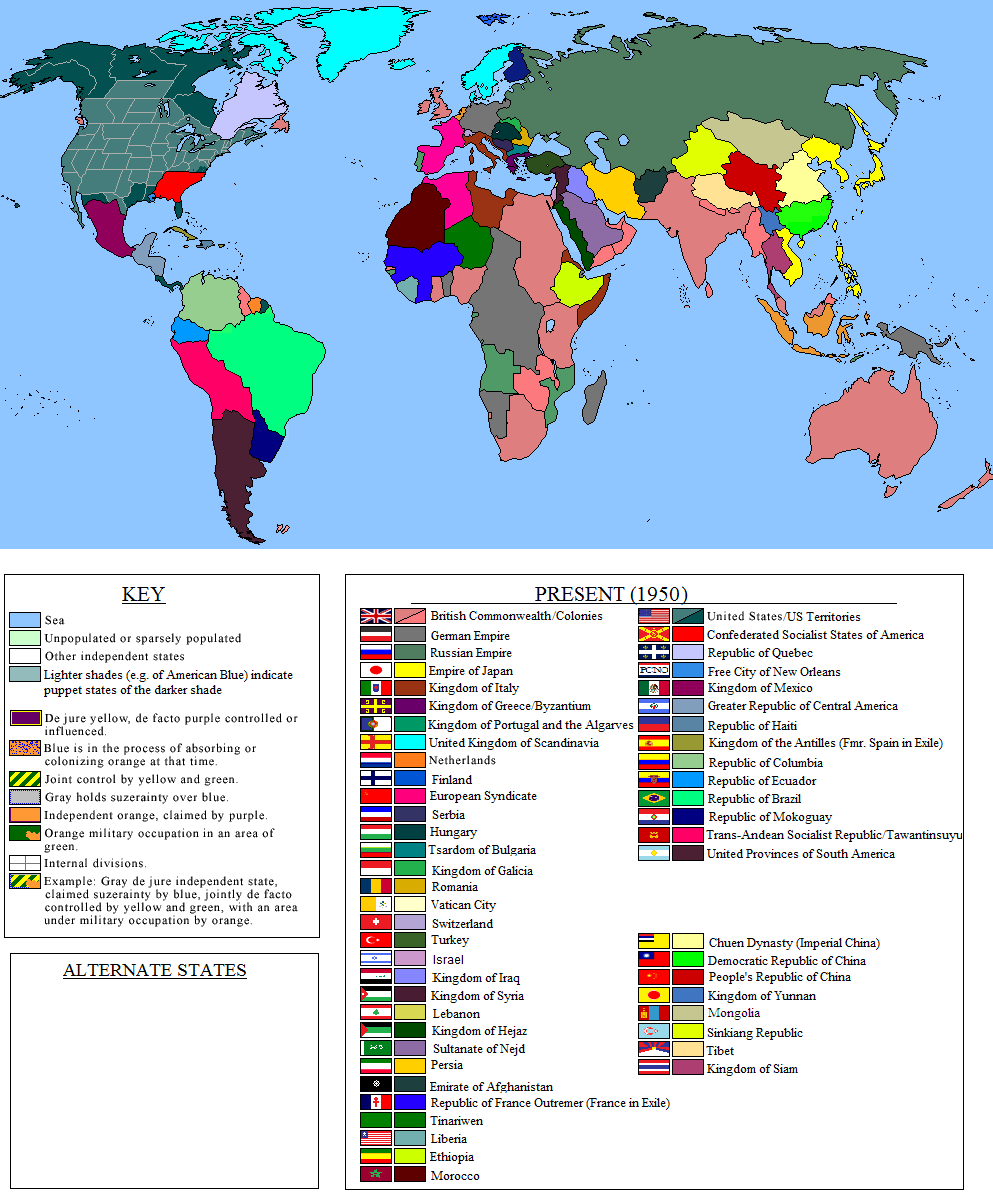 Great to see you producing more content for this world, Sean.

And we finish our trio of alternate history maps with a curious scenario featuring this 20th century Poland-wank by Zauis: What I like about this wank is that it is quite believable. In this universe the Nazis do better against the Soviets, but still lose the war. The Soviets are confined to their 1939 border and a capitalist Poland is left in better shape to build a Eastern European coalition against the Soviets and any attempts by Germany (which I assume is not split in this timeline) to reclaim their old borders as well.

Submit your maps to ahwupdate at gmail dot com for a chance to be featured on next Monday's Weekly Update.

And now the video portion of our weekly newsletter. First up, the book trailer for William Shakespeare's Star Wars: The Empire Striketh Back! by Ian Doescher:
If the trailer convinced you to pick up a copy, don't forget to click the link above to get it from Amazon. Next up, Cracked wants to inform you about the six myths you probably believe about the American Revolution:
Admittedly they over-simplified some of the reasons for the Revolution and completely ignored the fact that the French and Indian War was just another name for the Seven Years' War. If you want my take on the American Revolution, check out 6 Common Mistakes Every American Revolution Alternate History Makes.

Finally we end this week's video gallery with another video from friend of The Update Cody Franklin. He has the sequel to his what if the Soviets won the Cold War video: 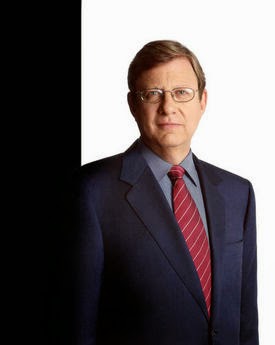 March 26: Jeff Greenfield will speak about his book If Kennedy Lived: The First and Second Terms of President John F. Kennedy: An Alternate History at the Clay Center in Charleston during the West Virginia University David C. Hardesty, Jr. Festival of Ideas.

“B-36”by Douglas W. Texter – Free Story Extract at Alt Hist.
Choosing A Favorite Historical Period by Miles Cameron at Bookworm Blues.
Egypt rules half the world in alternate history ‘three princes’ at Pop Mythology.
Excerpt: THE IRON JACKAL by Chris Wooding at SF Signal.
The Golem and the Jinni is a powerful masterpiece of historical fantasy by Andrew Liptak at io9.
Reaching back into the past to write the alternative present by Alison Morton at Alive on the Shelves.
Review: Then Will the Great Ocean Wash Deep Above by Ian Sales at UpComing4.Me.
Silk Road Fantasy and Breaking the Great Wall of Europe by Paul Weimer at SF Signal.
Table of Contents: THE CUTTING ROOM: DARK REFLECTIONS OF THE SILVER SCREEN Edited by Ellen Datlow at SF Signal.
This map describes the world of George Orwell's 1984—or does it? by Lauren Davis at io9.

Comic Review: Legenderry — A Steampunk Adventure at Amazing Stories.
The 5 Most Pointless “What If” Comics of All Time by Diana at Geek Pron.