Review: Picking up Plans in Palma by Matthew Quinn 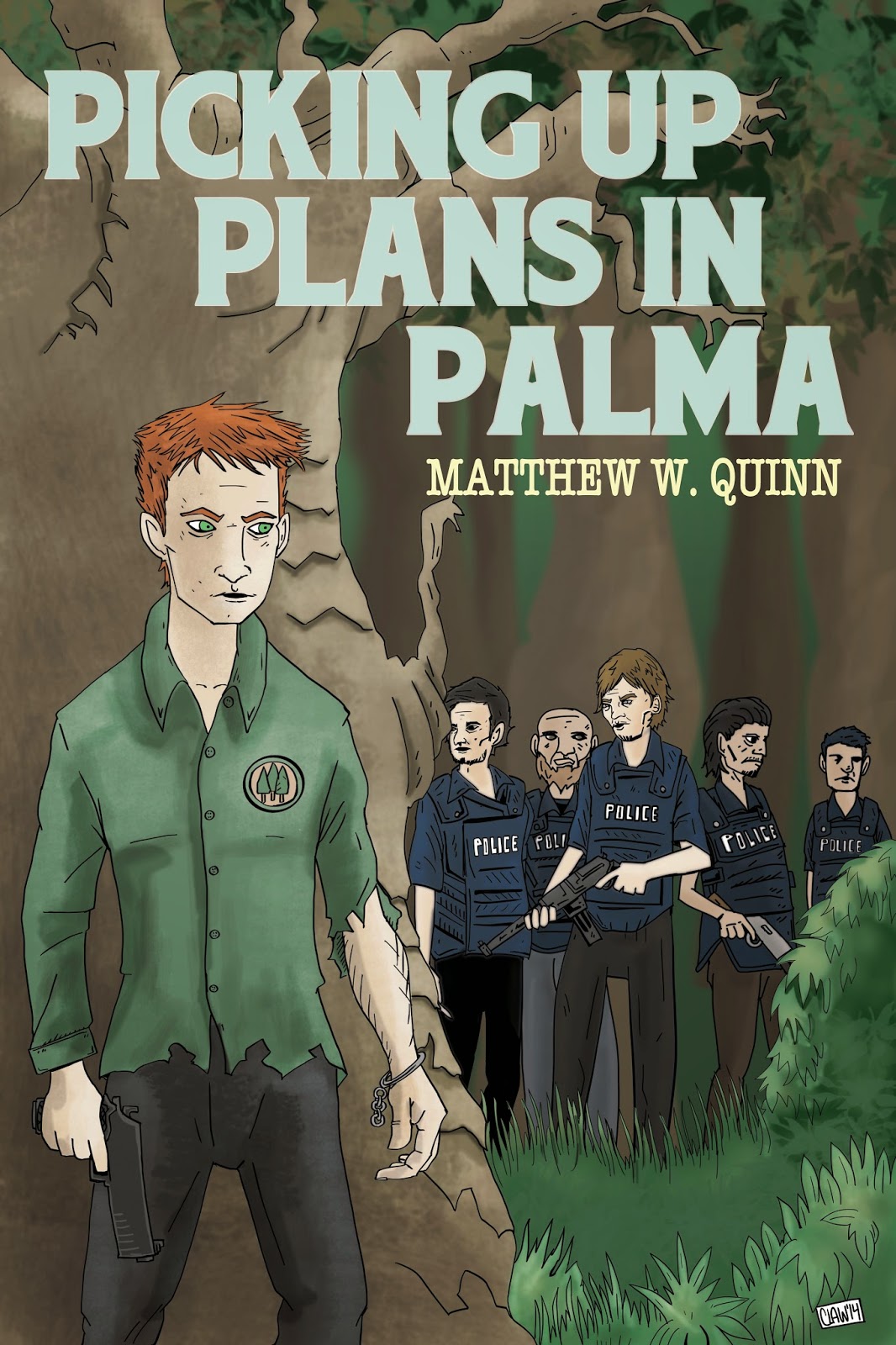 We've reviewed a number of author and fellow blogger Matthew Quinn’s stories in the past, and for those of you who, like myself, have developed a taste for his tales, we have a treat for you. Hot on the heels of his last AH story set in his Afrikanerverse, "Coil Gun", today I’m taking a look at the his next, "Picking up Plans in Palma".

While the back story and alternate history of the Afrikanerverse is a long and interesting one, the short version is that a radical Calvinist and staunchly traditionalist state centered in Southern Africa founded in the late 1500s has expanded to include much of the Indian Ocean rim, and is locked in the midst of an intense Cold War with the United States. The year of the story is 1998, and is a tale of international espionage set deep within the Afrikaner Confederation.

American OSS Agent Conner Kelly, following some scandal caused by his bosses finding out he’s in a relationship with an Afrikaner political refugee, is sent on a dangerous mission in the heart of enemy territory. The mission? To recover plans for the Afrikaner’s newest orbital battle station, and escape with them back to friendly soil. Of course, like all spy games, the stakes are high, the odds are long, and the obstacles between Kelly and a clean getaway are both numerous and dangerous. Kelly will have to evade and overcome everything from sadistic secret police to predatory river sharks if he wants to make it home in one piece – with the awareness that if he does, he’ll have upset the balance of the ongoing Cold War in a critical way.

If "Coil Gun" was a tale of World War III waged in space, masterfully capturing the tension and horror of unleashing orbital bombardment on ones enemies with the push of a button, "Picking up Plans in Palma" is a taut spy-thriller that captures the cloak and dagger affairs that proceeded it, all the while dropping hints at the horrific conflict to come. In addition, much more than "Coil Gun", we get our first wider glimpses of the Afrikanerverse itself, on a personal level with the thoughts and concerns of Agent Conner Kelly, and a street view of the Afrikaner Confederation, which thanks to several marvelous little details throughout the story, we get our first real glimpses into its inner workings and national character, always a highlight of any alternate history story.

If there’s any complaint to be had it’s that I really wish this could have been fleshed out into a full novella – not only does it have the makings of a solid spy story, but there is a real lack of such espionage thrillers in the alternate history genre. Still, the short length doesn't hinder the story, through it certainly leaves you wanting more – hopefully we’ll see more from the Afrikanerverse in the near future, especially if we can join Conner Kelly on his next misadventures.

As we should have come to expect from Matthew Quinn by now, once again, we have a solid short story at an absolute steal of a price – if you’re a fan of spy thrillers or alternate history, this is a must buy, and if you’re curious about Quinn or the Afrikanerverse, this comes highly recommended. All in all, "Picking up Plans in Palma" is a potent short story I urge you to pick up yourselves!