Twitter and Google Alerts are useful, but I need your help! If you see some alternate history news item, please share it with us. Email ahwupdate at gmail dot com and thank you for your continued support.

This week we have a review of Revolution, a review of Iron Sky, an interview with Roger L. Ranson and I review the first part of a new serialized novel. 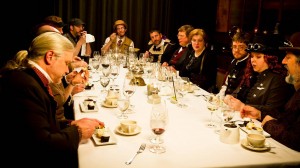 A new documentary produced by Intel Labs, Vintage Tomorrows, debuted last Monday in San Francisco. As Rachel King of ZD Net describes, it is: "[b]ased on a book by the same name, the film follows a historian and a futurist as they journey through the Steampunk era of the Victorian Age and into the future of technology as well as chronicling the completion of the book. Essentially, the film tries to look backwards before we can move forward by presenting the argument that through the eyes, beliefs and vision of the Steampunk movement in the 19th century, we can see now how our future could turn out."

Sounds more retro-SF then true alternate history, but fans of steampunk might get a kick out of it. The film includes a cameo by well-known steampunk writer Cherie Priest, author of Boneshaker, along with other steampunk VIPs. David Dickstein gave the film 4 out of 5 stars, calling it "compelling filmmaking" but deducting points for giving a one-sided view of the subculture.

S. M. Stirling fans should visit www.smstirling.com and check out the website's new look.The site is better designed, making it easier to stay up to date on Stirling news and see some fan art and fiction. You should also check out one fan's YouTube video where he lists his top ten favorite novels by the author:
Do you agree? Let us know your top ten in the comment section.

With NBC Revolution making its television premier tonight, expect more comparisons with Stirling's Emberverse. Hopefully the series will attract more people to the series, just as long as they stop calling it a rip-off. 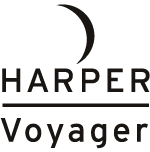 A big announcement for all aspiring authors out there. Harper Voyager is offering writers the chance to submit full, unagented manuscripts for a limited two-week period. The publisher is seeking new authors for their e-book only imprint. Want another reason for why this is a great opportunity? Ask George R. R. Martin how his life has been since signing up with them.

The submission portal will be open from the 1st to the 14th of October 2012. The manuscripts will then be read and those most suited for Harper Voyager will be selected jointly by editors in the USA, UK and Australia.  Accepted submissions will benefit from the full publishing process: accepted manuscripts will be edited; and the finished titles will receive online marketing and sales support in World English markets.

Voyager will be seeking an array of adult and young adult speculative fiction for digital publication, but particularly novels written in the epic fantasy, science fiction, urban fantasy, horror, dystopia and supernatural genres. See the submission guidelines for more information.

You have only a couple of weeks left to get your manuscript ready, so get writing and when you become the next best-selling novelist, remember dear old AH Weekly Update.

9 Global Disasters That Never Came to Pass by Amanda Yesilbas and Charlie Jane Anders at io9.

How history would be different if Canada used the U.S. electoral system by Eric Grenier at The Globe and Mail.

Mitt the Moderate: An Alternate Campaign History by Elspeth Reeve at The Atlantic Wire.

[Worldcon] The Steampunk Genre by Rachael Acks at 4.5 Billion Years of Wonder.

FAQ Moment: How Could You End the Parasol Protectorate Series? by Gail Carriger.

Steampunk's guide to sex by Cory Doctorow at boingboing.

Steampunk Spotlight: City of Iron Board Game on Kickstarter by Andrew Zimmerman Jones at Black Gate.