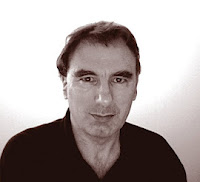 Elsewhen Press announced that Dave Weaver, graphic designer and author, has signed a publishing deal for an undisclosed sum for his debut fantasy novel.  Jacey’s Kingdom is an enthralling tale that revolves around a startlingly desperate reality: Jacey Jackson, a talented student destined for Cambridge, collapses with a brain tumour while sitting her final history exam at school.  In her mind she struggles through a quasi-historical sixth century dreamscape whilst the surgeons fight to save her life.

Jacey is helped by a stranger called George, who finds himself trapped in her nightmare after a terrible car accident.  There are quests, battles, and a love story ahead of them, before we find out if Jacey will awake from her coma or perish on the operating table.  And who, or what, is George?  In this book, Dave Weaver questions our perception of reality and the redemptive power of dreams; are our experiences of fear, conflict, friendship and love any less real or meaningful when they take place in the mind rather than the ‘real’ physical world?

Dave Weaver has been writing for ten years. He joined the Verulam Writers' Circle and has since had a number of short stories published in anthologies, magazines and online in the UK and USA. Much of his writing hovers on the shifting borders between fantasy and reality.  He holds a particular fascination for the uncertain times of Britain’s Dark Ages, no doubt inspired by the ruins of the Roman town of Verulamium near where he lives with his family and a cat called Trillian.  Jacey’s Kingdom is his first published novel.

Al Murray, Managing Publisher of Elsewhen Press said “Dave cleverly weaves a tale that takes the almost unimaginable drama of an eighteen year-old girl whose life is in the balance, relying on modern surgery to bring her back from the brink, and conceives the world that she has constructed in her mind to deal with the trauma happening to her body.  Developing the friendship between Jacey and George in a natural and witty style, despite their unlikely situation and the difference in their ages, Dave has produced a story that is both exciting and thought-provoking, which is why it is a perfect fit for Elsewhen Press.  We are sure that this book will be a must-read story for adults and young adults alike.”

Elsewhen Press adopts a digital-first policy, initially publishing new titles in ebook format and subsequently in print editions.  Jacey’s Kingdom by Dave Weaver will be published in a digital edition this winter and in print next year.
Posted by Mitro at 3:00 PM