So writing twice as many articles a week is harder than it looks, but thankfully I have a lot of great contributors willing to volunteer articles.  In fact Richard Small, author of Confederate Star Rising, contacted me and will be sending his own response to Chris Nuttall's  Musings of an Independent Confederacy.  Publication for that guest post is still TBA, but this week you can look forward to tomorrow's New Releases, an interview with Geoffrey Wilson (author of Land of Hope and Glory), a review of A New Birth of Freedom: The Visitor by Robert G. Pielke and much more.

If you look at the left column you might see a new list of links called "Our Favorites".  These are links to blogs and sites whose owners have been especially supportive of Weekly Update and its mission.  To reward them I have given them greater coverage on this site.  So please check out those sites when you get the chance.

Got our first readers from the Åland Islands and Algeria.  Welcome! 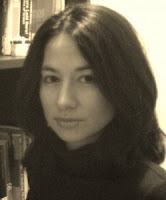 Friend of the blog Jennifer Ciotta, author of I, Putin, had some good news to report recently.  Her novel won an Honorable Mention at the New York Book Festival.  Those interested in reading I, Putin can find it on Amazon in paperback or as an e-book.  As of June 10th, it will be available on the Nook, iBook, Sony e-reader and other formats.

Congrats Jennifer and I look forward to the release of your next work. 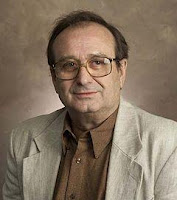 Eric Flint, author of the epic 1632 or The Assiti Shards series, will be attending SoonerCon 21 (June 15-17) at Oklahoma City.  On the 16th, Flint will be heading up a panel entitled “Eric Flint: The Author as an Activist”.  You can get a taste of the panel by checking out this Q&A. Haven't read anything by Eric Flint?  Don't worry, Baen has several of his works at their Free Library.

One of Flint's recent releases was 1636: The Kremlin Games, which has snippets available at Flint's website for you to check out as well. 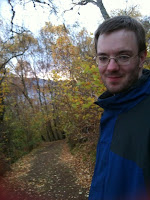 If you are a fan of Weekly Update, you have probably have read an article by Chris Nuttall, who currently has three articles in the top ten most viewed articles of the month.  Well on Sunday, Chris reported on Facebook that he signed his first publishing contract.  The lucky company was UK-based, independent publisher Elsewhen Press.  Chris' story is titled The Royal Sorceress.

I am sure I speak for everyone who contributes and reads Weekly Update when I say congratulations Chris!

And Then Everything Changes by John Antonik at West Virginia Mountaineers.

First Evidence Of Parallel Universes: Our Universe Could Be Part Of A Soap Bubble at MessageToEagle.com.

Would ABBA’s famous 1974 winning song have been titled “Dunkirk”? by Ian C. Racey.

Book Review: Adrift on the Sea of Rains by Ian Sales done by Ian Shone at Alt Hist.

Deal Alert – BY THE BLOOD OF HEROES for $2.99! by Joseph Nassise at Shades of Reality.

Exploiting the Multiverse for Fun and Profit by Paul Melko at Tor/Forge's Blog.

Footnote Fairy Tale by Adam Kotsko at The New Inquiry.

Review of Clementine by Cherie Priest done by Thinking About Books.

Review of Stalking the Vampire by Mike Resnick done by Thinking About Books.

A Bit of History #38: Bad Archaeology by Ken Spencer at RPG.Net.

Steam up your living space with Steampunk style! by Erika Erickson at Up North Live.

Matt Mitrovich is the founder and editor of Alternate History Weekly Update, a volunteer editor for the Alt Hist magazine and a contributor to Just Below the Law. One of his short stories will be published in the upcoming Echelon Press anthology, Once Upon a Clockwork Tale (2013). When not writing he works as an attorney in the state of Illinois and enjoys life with his beautiful wife Alana.
Posted by Mitro at 11:00 AM