Alternate historians love grand strategy games.  Whether it is Victoria II, Europa Universalis III or Hearts of Iron III, we enjoy a chance to play out our own counterfactual scenarios.  Could the Confederacy have won the American Civil War?  What did Germany need to do to successfully invade Britain in WWII?  Those questions and more can be answered when you play a historical grad strategy game from the safety of your own computer.

Now there is another game that, in my humble opinion, will capture the hearts and minds of alternate historians everywhere.  I present to you: Red Shift. 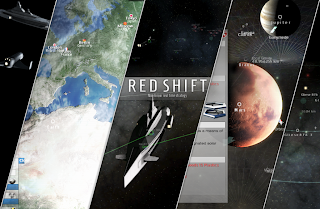 Red Shift is an independent game produced by Elliot Hill of Messier8.  The game is a fusion of the action of a 4X and the depth of a grand strategy, all played out on a real time strategy map covering hundreds of solar systems including the Sol system.

The world of Red Shift, however, is not our own.  The point of divergence happens in 1945 when the Soviets managed to encircle much of Berlin, and especially Holstein and the River Elbe in a double pincer movement, essentially cutting off many of those who in OTL managed to retreat behind Allied lines or escape into Denmark. Wernher von Braun is mistaken for Albert Speer at a Soviet checkpoint and arrested, but little did they know that they had just gained a priceless asset for Soviet expansion.

The German rocket scientist puts the Soviets at a huge advantage in the Space Race.  The Soviets manage to land a man on the moon before the US and Yuri Alekseyevich Gagarin never dies in a plane crash and became one of the most famous men to ever live.  This caused a huge shake-up in Washington, though the President downplayed the Soviet achievement while at the same time tripling NASA’s annual budget. The US and the USSR are subsequently locked in a propaganda war to seize control of solar resources and have unwittingly taken human kind’s first step to spreading himself throughout the cosmos.

The game begins in July 2061, on the 100th anniversary of Yuri Gagarin’s first flight to outer space.  The USSR continues to live on throughout the 21st Century, although the tensions of the Cold War have cooled to a uneasy standoff.  Other nations have joined the space race besides the two superpowers and you must take control of a real nation on Earth, and guide it through periods of exploration, to planetary colonialism and finally interstellar imperialism.

The games features include:

To get a look at the game just check out this trailer, which shows how the game looks after just 8 weeks of work:

As I mentioned before, Red Shift is being produced by Elliot Hill and his company Messier8. The company was founded in April 2012 and is based in the UK. Red Shift is intended as first ever release with the dream being to generate enough revenue to continue making space games using the engine built for Red Shift.  Those wishing to contact Elliot can follow him on Twitter (@messier8uk), email him at elliott@messier8.com or check out the company blog: messier8.com/Blog/.  The site has some interesting screenshots, but here are some of my recent favorites: 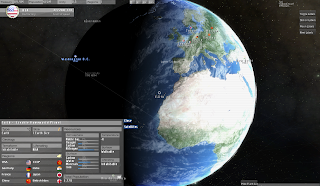 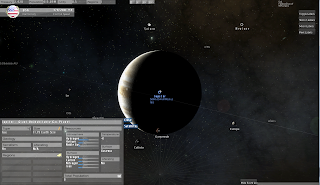 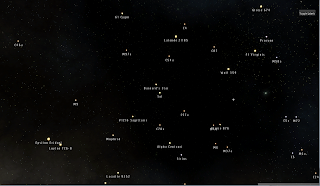 Matt Mitrovich is the founder and editor of Alternate History Weekly Update, a volunteer editor for the Alt Hist magazine and a contributor to Just Below the Law. One of his short stories will be published in the upcoming Echelon Press anthology, Once Upon a Clockwork Tale (2013). When not writing he works as an attorney in the state of Illinois and enjoys life with his beautiful wife Alana.
Posted by Mitro at 3:00 PM