Wow got a lot of things to talk about in this Editor's Note.  First we got new readers from Nigeria, Jordan and Albania.  Welcome!

Next, I will be posting an interview this week with Andy Johnson, author of Seelowe Nord.  I also will be posting a review of Boneshaker by Cherie Priest.  Finally, I will be finishing "An Introduction to the Balkanized North American trope" that I promised to write last week.  Sorry about not posting it last week.  Sometimes I find it hard to write articles, especially when new ideas pop up into my head.  That is why I wrote the "Kings of the United States of America" instead, but I will try harder to keep my promises.  Thanks by the way to the Facebook fans who helped promote the article.

The results of the best contributor of 2011 are in.  Korsgaard was voted the best contributor of 2011, followed by myself, Henry Martin, War Blogger and Teramis.  Congrats to Korsgaard and hopefully we will see him post later this week as well.  Meanwhile, we have a new poll.  This time I am asking you whether you think an alternate history publishing company could be successful.  See this thread at AH.com for more details.

By the way, I forgot to mention this last week, but we broke our monthly page view record again!  Our new record is 4,541.  This is the third month in a row that we have broken our record and I plan to do it again this month.  So keep checking for more updates.

Samuel & Alasdair: A Personal History of the Robot War 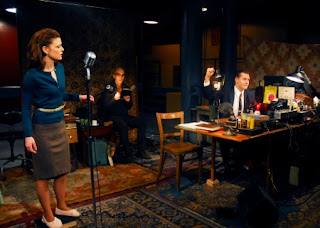 Found a peculiar radio play called Samuel & Alasdair: A Personal History of the Robot War.  It is retro-futurist, alternate history radio-play comedy put on by The Mad Ones.  The story goes like this:

In an alternate global history, the cold war was decided not by detente, not by nuclear holocaust, but by massive robot invasion. Among the survivors, a team of Russian radio hosts, warmed to a lost culture of 1950s Americana, broadcast a story of brothers’ love drawn straight from the American heartland. “Samuel & Alasdair: A Personal History of the Robot War” combines 1950s radio drama, vintage country music, and Soviet science for a look back in time and forward to what’s next.

Samuel & Alasdair will be playing at the New Ohio Theater, 154 Christopher Street, between Washington and Greenwich streets, West Village, NYC, New York.  It will run from January 5th to the 21st.  Ticket prices range from $15-$18.  If any of our reader get a chance to check it out, please let me know.

Artist Matthew Buchholz has produced some excellent prints of an alternate history where America is beset by monsters and aliens.  Winextra and Geek System have given them "awesome" reviews, so you should definitely check them out.  Below are a couple of my favorite, but you can purchase your own at Etsy. 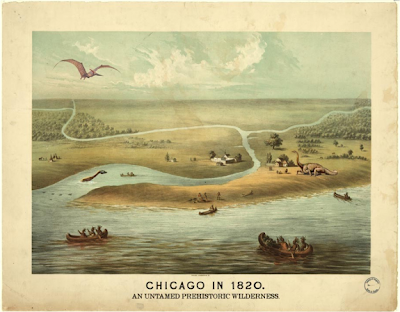 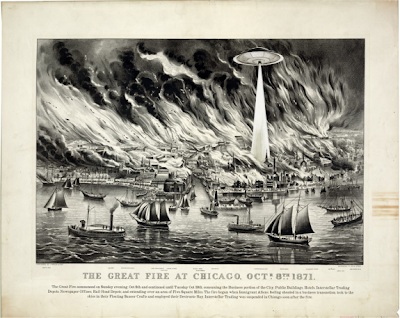 2011 In Review: The Year That Wasn't by Jeff Miller at Seeking Alpha.

In some alternate universe, this is the iPhone by Mark R at Coolest Gadgets.

Liberation Blues by The Times of India.

Some New Year's resolutions a bit closer to home by Matthew Quinn at Appen Newspapers.

Review of Dies the Fire by S. M. Stirling, done by Elfy at Travels Through lest.

Review of Tears of the Sun by S. M. Stirling, done by Domenico Bettinelli at Bettnet.com.

Star Wars: The Alternate History by Marcell Currin at Ministry of Ideas.