Showcase: A World of Laughter, a World of Tears

A man in a straitjacket sits and stares vacantly at nothing. Softly, he sings.

(Young Mouseketeers, smiling and laughing, line up outside a church, taking picket signs)

(A white mob descends on Ernest Green, he opens his mouth in a silent scream right as the camera mercifully cuts away)

(Orson Welles swigs from a bottle of Paul Masson and shakes hands with Elvis Presley, the Eiffel Tower in the background)

(Armed, weary-looking soldiers take down an Israeli flag and run up a red and yellow Communist version)

(A black man grimly watches as policemen hold a crowd at bay with sub machine guns, guarding the workmen putting up a concrete wall in the middle of a street)

(George Lincoln Rockwell walks into the Capitol, puffing his pipe, a copy of Mein Kampf tucked inconspicuously under his arm)

(US Marines corner a man on a war-torn Cuban street. He is dirty and injured, but his beard and hard stare makes him instantly recognizable as Fidel Castro)

MC: (voice over) Ladies and gentlemen, please welcome the President of the United States. . .

(Disney walks out on stage, flanked by Roy Cohn and James Dodd)

(At a downtown police station, a young nervous black man edges closer to the desk sergeant. When a cop looks up at him, he flings open his coat, revealing a dynamite vest)

(Exterior view of the windows of the police station blowing out)

My dear readers, for our latest look into the darkest of alternate worlds, today we look at one of the finest works of alternate history on the Internet, Statichaos' A World of Laughter, A World of Tears. It's one of the most famous works of Alternatehistory.com, legendary in the online alternate historian communities, and has even earned a page on TvTropes. Now without further adieu, let us delve into this world.

When one thinks of dark, bleary dystopias, Walt Disney is not usually a figure you associate with such worlds. While his anti-Semitism and racism toward Black Americans are well known, and rumors of him cryogenically freezing his head circulate to this day in spite of logic, for the most part, it’s hard not to like Walt. The man almost single-handily created modern animation, gave the world icons from Mickey Mouse to Disneyland, and is one of the most beloved and influential figures of the 20th century. So it comes as a bit of a surprise that one of the bleakest and eeriest timelines I've ever come across centers mostly on Disney. Even more shocking, it is set against an era typically used for far more idyllic back drops, the 1950s era United States.

This decent into darkness begins with a fairly major POD, General Eisenhower having a heart attack prior to the Republican National Convention in 1952, and thus deciding to refuse the Republican presidential nomination for health reasons. Not content to settle for the other existing candidates, and seeking a popular, successful, well-known anti-Communist and political outsider, someone jokingly suggested they nominate Walt Disney. Though initially a joke, the party warms up to the idea, and offers Disney the nomination, which he accepts, and with the help of the Disney media empire, he handily defeats Democratic nominee Senator Adlai Stevenson in November. 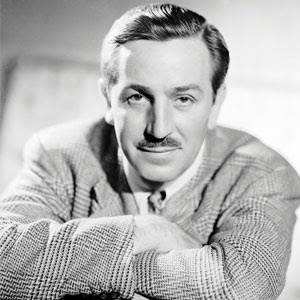 The Disney administration starts off well enough, and in some areas, is better than OTL, including support of a viable Mass Transit system in the nation in lieu of the OTL highway system, and an American dominated space race, with NASA headed by Robert Heinlein no less. He even manages to secure a more favorable truce in Korea, officially due to his putting MacArthur in charge of DOD, and unoffically due to Kim Jong-Il being a Disney fan. He soon endears himself to much of the American people, helped by the Mickey Mouse Clubs, corporate sponsored Hitler Youth-esque groups of patriotic children that support and enforce nearly his every move. However, when the worse trials of the 1950's hit, the kind-hearted but flawed businessman is soon out of his element.

No where is this more frightfully apparent than with the (brief) civil rights movement of the timeline. Like so many other things in the timeline, President Disney does what he does with the best of intentions, and it backfires horribly, specifically his hands off approach to enforcing school desegregation. This powder keg finally explodes when Ernest Green of the Little Rock Nine is literally and graphically torn apart by a white mob while defending the other eight from their attacks. Not surprisingly, race riots follow, including black led riot in Little Rock and a white led riot in Montgomery. In a single instant, the non-violent approach of Martin Luther King is almost instantly discredited, and traded for the vengeful approach of the Nation of Islam led by Malcolm X rising to take it's place, whom declares open jihad on white America. Black suicide bombings and sabotage are met with white reprisals, and the government keeps cracking down further and further on the black population. By the timelines end, you have black nieghbrohoods walled off from the larger white communities - the ghettos are just that in this world.

Overseas, butterflies have flapped their dark wings as well. Most notably, American expatriates (or refugees depending on your perspective) have set up communities of artists and political dissidents across Europe, most notably in Berlin. Rather than fight in Vietnam, American troops invaded Cuba, and though the war is far from over, they recently captured Fidel Castro. On another positive note, President Disney supported the Hungarian uprising in 1956 that was crushed in OTL, resulting in Hungary going from a typical Soviet puppet to a non-aligned state akin to Yugoslavia. However, Disney's anti-semitism isolates Israel, driving them straight into the arms of the Soviet Union, and paradoxically winning the support of the Arab world.

Even popular culture, typically a brighter spot in dystopic timelines, has become just as bleak as the rest of the world, courtesy of a the continuance of McCarthyism as well as an extreme focus on moral integrity on the part of the Mickey Mouse Clubs. Not surprisingly, one of the first causalities would be Marilyn Monroe, as she gets blacklisted following her appearance in Playboy (which the Mickey Mouse Clubs also put an early end to), ultimately committing suicide afterwards. Disney (the film studio, not the man) has essentially become a propaganda tool of the government, between the Mouseketeers headed by Anita Bryant and the film studio run by Ronald Reagan. As the nation becomes increasingly puritanical and tyrannical, a good portion of our celebrities flee to Europe, including Elvis and Orson Welles, whom is in the works of setting up a film studio with Alfred Hitchcock and Charlie Chaplin, as well as taking an apprentice in the form of a fellow filmmaker expat, Ed Wood.

The timeline itself comes to a head with the election of 1960. I won't spoil it for you, but I'll warn you not to expect a Disney ending for this timeline.

As a whole, there is a reason for this timeline's reputation among the online alternate history community. It's got a unique narrative style that has been imitated by many since, is very well written and researched, and it literally pulls you into the story, with certain moments almost making you wince at the idea. In that, lies the strength of the timeline - things keep going from bad to worse, and yet, no matter how grim things get, you can't stop reading, either in vain hopes of it getting better, or just to see how dark this world gets. I highly urge you to read it at once, as well as it's recently begun sequel, both are among the finest works of alternate history to be found on the Internet. This was a world forged by the best of intentions - as they saying goes, the road to hell is often paved with them. 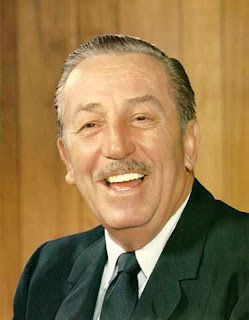 Soldier, scholar, writer and web-voyeur, Sean CW Korsgaard has been active in the alternate history community since 2006, and was recently elected to succeed Mitro as President of the Alternate History Online Facebook group. In addition to his contributions at the Alternate History Weekly Update, he writes for several websites, including his own, which can be found here.
Posted by Korsgaard at 3:57 PM