Points of Divergence 3: The Butterfly Effect

In previous posts in this series, I talked about the common elements of what we think of as alternate history, and how divergence extended over a long period of time can cause the story to be regarded as science fiction instead.

There is another type of setup for alternate timelines that relies on yet a different dynamic. Although the end result is technically a diverged (alternate) history, the way we arrive at it is along a path considered very science-fictional. I am speaking here of the random causality known in the vernacular as “the butterfly effect.”

Stories that use this technique to develop an alternate history are almost without exception thought of as strictly science fiction. 'Alternate history' is a label usually denied them, although in terms of end point achieved, that is precisely what they are.

Let's pick the butterfly apart a little, shall we?

This term refers to something in chaos theory called sensitive dependence on initial conditions. This means that what a later state looks like depends on how things were at the start. Making a small change in those initial conditions can result in a big change later on.

The term “butterfly effect” comes from the meteorological work of Edward Lorenz: if a butterfly flaps its wings here, the consequences of that initial breeze might snowball to alter the path of a tornado elsewhere, or trigger a storm later somewhere else. A more practical example might be to imagine placing a ball at the top of a grassy hill. The ball might roll off in any one of many directions, depending on slight differences in its initial position. It's not as evocative to call this “the rolling ball effect”, though, so we'll stick with Butterfly Effect (BE) for now.

Time Travel and the BE

In fiction, the BE is most often associated with the concept of time travel. Someone, usually the protagonist, will go back in time to attempt to alter something in the present. The result is that they change some relatively tiny thing in the past, and this results in some huge (and usually unwanted) change in the present. This has been portrayed very effectively in the movie The Butterfly Effect (Ashton Kutcher, 2004), in which the protagonist tries to “redo” parts of his past but keeps creating unintended consequences. We see this again in Run Lola Run, where tiny events like bumping into someone instead of passing them by have major consequences for the future. 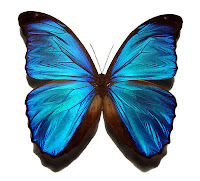 A variation on this theme is that the person goes back in time and accidentally alters something that affects their future. One of the earliest short stories to play with this concept was Ray Bradbury's A Sound of Thunder, in which a time traveler on safari kills a butterfly, which creates undesirable consequences in his future. A fascinating read, and you can view the story online here.

And yet here we must note that time travel and the BE variations on it are traditionally thought of as being science fiction. If the story contains time travel, any alternate histories that come into play become overshadowed by the sci-fi umbrella that covers the whole tale. This may be a common way to classify such stories, but it completely obscures the presence of alternate history in the story itself – and that, to my thinking, is often one of the most intriguing parts of these “time travel” narratives.

“What If” and the BE

The alt-history connection becomes more clear when the story focuses on the “what if” of a minor event simply causing significantly different outcomes down the line. Here, the Butterfly Effect offers a lot of possibilities simply as a background dynamic leading to variant futures.

This kind of BE does not need someone from a future timeline to intervene and alter events. Individual agency is not an essential condition to create this alternity. Rather, events simply “randomly” evolve into this consequence or that one, based on chance and a near-infinite number of variables. The entire process rests on slight variations at “starting point A,” which is the necessary precursor to “end point Z”.

We can picture the results of this kind of small-cause, big-consequence causality with one intriguing example. Take, if you will, a world that looks very much like our own up until, oh, let's say the time the dinosaurs died out. Let's say that world-changing event occurred as it did in OTL. After that, as we know, primitive man evolved into the dominant species on this globe.

For that evolution to succeed, countless details came together in ways that promoted that possibility: from natural selection in reproduction, to a certain level of fertility, the ability to cope with environmental challenges, and much much more. 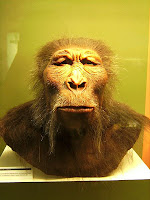 But what if tiny points of causality conspired against the evolution of homo sapiens? What if Australopithicines were disadvantaged in some way, and some bird was smarter than historically was the case: could small proto-human populations, large intelligent bird populations, and other environmental factors (disease, climate, whathaveyou) lead to a world where an avian species became the dominant race? In this timeline, half-intelligent ape-men might have been banished to the jungles and eventually hunted to extinction by tool-using bird-men.

Change enough of the variables along the way and you change the outcomes. And anyone would call our example science fiction. But is it?

The BE suggests that the proper definition of an alternate history is a history told about the big consequences unfolding from small, identifiable causes. It doesn't matter if time travel is involved, or if the large consequences that result are "key historical events" (per earlier discussion) or not. The result is nonetheless alternate history. In fact, it is probably more that than it is science fiction, and certainly has nothing to do with science, technology, or man in the future, if you consider those elements important to your sci-fi.

At the heart of the BE-type story is causality unfolding chaotically (as it always does) in a way that leads to different results than those we are familiar with. This “organically evolving” world can carry us down any one of a million merry paths, to a timeline and world that is Not The World As We Know It. Unequivocally, an alternate history.

Because of the sense of “improbability” here (for this process does not heed the momentum of known historical events), such stories are often classified into the “could be sf” camp, where anything speculative goes. But what, exactly, is improbable about the scenario I just described? Given enough supporting detail, a good author could spin you a perfectly convincing tale that illustrates the demise of proto-man and the rise of avis sapiens. Or any other outcome, really, given a miniscule point of divergence and enough time to see random, chaotic consequences unfold.

This Butterfly Effect, with a long time-frame divergence, is, I think, the third major way in which alternate timelines evolve: through the “natural” outcomes of myriad tiny shifts in causation.

In my next and last post in this series, I'll look at one last approach to creating alternate history. It is a method that has little to do with event outcomes or causality as we normally think of them, and can produce the most far-fetched worlds of all.


Deborah Teramis Christian is a science fiction and fantasy novelist with an alternate history work in progress. You can read more blog posts about this and related subjects at her website, Notes From the Lizard Lair.