Sorry for not posting a Weekly Update last week guys. For your troubles you get an extra loooonnnnnnnnnggggggg Weekly Update with a ton of nice and tasty links.

Not much else to report except to remind you all we are still accepting original fiction, essays and reviews dealing with the Balkanize Me trope of alternate history. The 27th is the last day I will post an entry. So far I haven't received any entries steampunk writing contest in March. I don't want to rush anybody, but if I do not start receiving some submissions soon I may have to cancel the contest.

Greetings to our first reader from Oman. Welcome and I hope you enjoy our coverage on alternate worlds.

A new novel has caught the attention of this alternate historian: Gideon's Angel by Clifford Beal. Set to be published tomorrow in the US/Canada and February 28th in the UK, here is the description from Amazon:

Curious tale, but does it hold up against the critics? The Forgotten Geek at Geek Syndicate gave it a 3 out of 5 but did say that Gideon's Angel is "an enjoyable take on traditional historic horror with religious fantasy thrown in." Not exactly shining with praise, but I am still curious about the setting and the cast of characters. Those wanting to learn more can check out images and videos from the launch party and read Beal's essay titled Historical Fantasy: the pitfalls and pleasures of writing crossover fiction at The Qwillery. 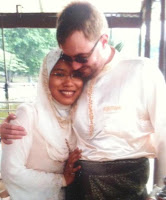 Friend and contributor of The Update, Chris Nuttall, has been busy these last couple of weeks. His new novel Bookworm was recently published through Elsewhen Press and his novel Royal Sorceress came out in paperback (also published by Elsewhen). To promote this and his other novels (Chris is certainly a prolific writer) he has been touring the web with some interview. You can read his words at Amazing Stories and The Indie Spotlight. You can also check out Rome’s Last Citizen: The Life and Legacy of Cato, Mortal Enemy of Caesar, an article by Chris featuring the Roman statesman Cato.

From all of us at The Update, I want to congratulate Chris for his continued success and sincerely hope we hear even more about him in the future.

Another friend of The Update, Guy Saville, has been celebrating the American edition of his novel The Afrika Reich. Here is the description from Amazon:


Africa, 1952. More than a decade has passed since Britain’s humiliation at Dunkirk brought an end to the war and the beginning of an uneasy peace with Hitler.

The swastika flies from the Sahara to the Indian Ocean. Britain and a victorious Nazi Germany have divided the continent. The SS has crushed the native populations and forced them into labor. Gleaming autobahns bisect the jungle, jet fighters patrol the skies. For almost a decade an uneasy peace has ensued.

Sent to curb his ambitions is Burton Cole: a one-time assassin torn between the woman he loves and settling an old score with Hochburg. If he fails unimaginable horrors will be unleashed on the continent. No one – black or white – will be spared.

But when his mission turns to disaster, Burton must flee for his life.

It is a flight that will take him from the unholy ground of Kongo to SS slave camps to war-torn Angola – and finally a conspiracy that leads to the dark heart of The Afrika Reich itself.

Gavriel Rosenfeld, author of The World Hitler Never Made: Alternate History and the Memory of Nazism, reviewed the novel for The Jewish Daily Forward. While spending most of the article discussing historical and political subtext he concluded his review by calling it "an imaginative and entertaining journey through a nightmarish world that never was." It has to be nice when one alternate historian praises another.

If you would like a sneak peak at The Afrika Reich then read the excerpt posted on Tor.com.

Never watched Portlandia before, but I might have to check out a couple of episodes now. The satirical sketch comedy show, set and filmed in Portland, OR and starring Fred Armisen and Carrie Brownstein has gone steampunk. The sub-culture was skewered in a recent sketch which you can see a clip below:
So far reaction seems positive. Matt Staggs at SUVUDU called it "a parody with love" and real members of the Rose City Steampunk Society did star in the show. Still its only IFC, but in the future steampunk might penetrate basic cable or even network television.

So good news and bad news for aspiring authors out there.

First the bad news: Nightmare Magazine will be temporarily closed for submissions. Don't worry, you won't have to wait long. They plan to reopen on May 15, 2013.

In the meantime if you have a horror related work you need to publish check out Dark Moon Books who are looking for young adult horror stories. Deadline is April 15 and entries should be between 500 to 4000 words. Also if your story is a tad Lovecraftian, might I recommend this helpful list of magazins and publishers who may be in the need of some good mythos tales or just weird fiction in general.

As always good luck...and don't worry if you hear something go bump in the night. It is probably just your subconscious helping you craft a new horror story and certainly some demonic hell beast coming to steal your soul.

Bored? You shouldn't be. Another universe is just next door:

March 2 to April 14: The Ipswich Art Gallery (Ipswich, Australia) will host a high tea to open a steampunk art gallery.

May 3-5: H.P. Lovecraft Film Festival & CthulhuCon in Portland, OR...but wait! You have to kickstart it first.

Also I need to post more reviews from guests at these cons and events. Like the one our own Junior Editor Jake posted about his visit to this year's AnachroCon. He even met author and contributor to The Update, Matthew Quinn. I love it when alternate historians network, there are so few of us to begin with. Let us hope Jake's mention of podcast is more than just idle speculation...

6 Famous Things From History That Didn't Actually Exist by Matt Martin and Paige Turner at Cracked.

An ‘alternative universe’ will eventually destroy ours, says Higgs researcher by George Dvorsky at io9.

February 19, 1942: On this day in history, Nazi Germany launched it's only successful invasion of North America. Sort of... at Doctor Grumpy in the House.

How the Nazis Tried to Bomb New York by Ron Miller at io9.

Is this period? by Cindy Spencer Pape at Steamed!

On Bill Carmody, Alternate Histories, and Dumb Luck by Loretta8 at SB Nation.

Trend-spotting: Steampunk... by Kasmin Fernandes at The Times of India.

Winston Churchill’s plan to fight Nazis with massive aircraft carriers made from ice by George Dvorsky at io9.

The Aylesford Skull by James P Blaylock at Thinking about books.

Bitter Seeds by Ian Tregillis at The Ranting Dragon.

Bronze Summer by Stephen Baxter at Thinking about books.


The Emperor of All Things by Paul Witcover at Falcata Times.

Once Upon a Time Machine at Kirkus Reviews.

"Under St. Peter's" by Harry Turtledove at Leeds Book Club.

Review of The Manhattan Projects #9 at Geek Syndicate.

Rhoda Uxbridge and The Multiverse by Inappropriate Factory at Kickstarter.

The BBC Presents a New Dramatization of Orwell’s 1984, with Christopher Eccleston as Winston Smith by  Josh Jones at Open Culture.

Budget Steampunk with “Try This At Home” at Nerdist.

Review of Elementary: Season 1, Episode 15 and 16 at Thinking about books.