Merry Christmas everybody. This is the last Weekly Update of the year. I got a couple of more articles I will be posting, but in general I am going to be taking a long break to spend time with family over the holiday season. I will see you guys all again in 2015!

What do the critics think of Ascension? 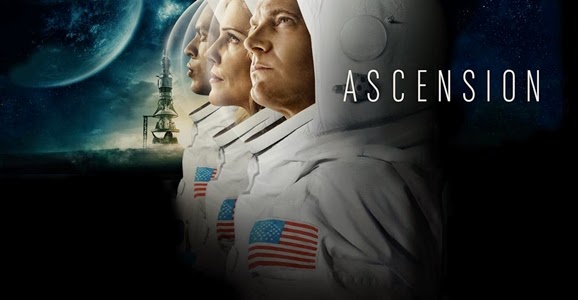 Last week, SyFy premiered the SF mini-series called Ascension. It is a murder mystery set on a nuclear powered spaceship secretly launched in the 1960s to colonize a nearby star system to ensure humanity's survival in case we ever decided to nuke the Earth. The ship itself is inspired by the real life Project Orion, a program Mark Appleton covered in his articles on atompunk on The Update. So what did the critics think of this show? Well there have been mixed reviews and I will do my best to avoid potential spoilers (trust me there is a big one that was already ruined for me).

Pilot Viruet at Flavorwire praised the first episode, but did say that the show failed as mini-series due to its poor ending. David Wharton at Giant Freaking Robot had similar gripes about the ending, but still left him wanting more. Natalie Zutter of Tor said the show relied on "archetypes and trope shorthand", but "still succeeds in worldbuilding." Cheryl Eddy of io9 was less forgiving of Ascension. She slammed the first episode, but did say the final episodes improved over time before ending with a WTF moment. Meanwhile, Jeff Jensen at Entertainment Weekly gave the overall series a "B-".

So the general consensus seems to be that Ascension made a great pilot, but mediocre mini-series. Personally I would rather watch a show featuring a Solar System that was explored and colonized during the Cold War using nuclear powered spaceships. What would 2014 look like in such a universe? Perhaps we would see a Soviet remnant state in the Asteroid Belt causing problems or some utopian communes out in the Oort Cloud. Nevertheless, I probably will check out Ascension in the near future so stay tuned for my review. 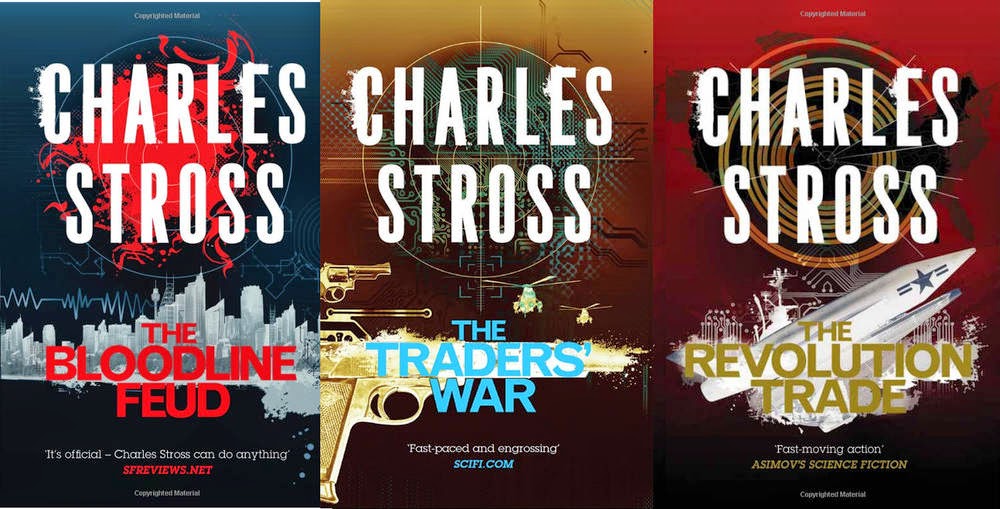 Just a couple of updates on some alternate history writers. First up, we have Charles Stross, the author of the Merchant Princes series. Cory Doctorow at BoingBoing wrote a short review about the series, calling them "surprising and delightful, simultaneously zippy and fun and hefty and deep." Stross also mentioned he is working on a new trilogy of Merchant Princes books in a mini-interview done at The Boskone Blog.

Next up we have friend of The Update, Paul Levinson, who has been sharing reviews of his two works, The Plot to Save Socrates and "Loose Ends" on his blog. I actually got a copy of "Loose Ends" when Paul offered it for free on Amazon and I hope to post a review in the near future. Speaking of Paul, you can check out his review of Ascension as well on his blog.

Due to a lack of new releases this week and wanting to keep Tuesday morning open for something else, I am bringing your New Releases to you a little early.

In the near future, America's worst nightmare has come true. With military adventurism overseas bogging down the Army and National Guard, the U.S. government mistakenly neglects the very real threat of anti-establishment militias scattered across the 50 states. Like a sleeping giant, Middle America rises up and violently pushes its way to the shining seas, coming to a standstill at the line in the sand--Manhattan or, as the world now knows it, the DMZ.

In this new DMZ hardcover, a new leader rises in the DMZ - but what will that mean for Matty Roth, a journalist who calls the zone home? After a near-tragic misadventure in Staten Island, Matty returns to find Parco Delgado in office as provisional governor of New York. Matty's first task under the Delgado regime? Tracking down the source of one of the DMZ's greatest urban legends.

Last week in videos begins as it usually does with another episode of Epic Rap Battles of History. Featuring a showdown between Steven Spielberg and Alfred Hitchcock (plus special guests):
Next up, lets take an in-depth look at The Order: 1886, PlayStation's exclusive steampunk game, on The Nerdist:
And finally, for those who like WWII tank battles, lets watch Joel, Adam, Matt and Jeremy play World of Tanks in this episode of How To:

Best Alternate History of 2014 at The Book Plank.
The Emirate of Kabat by Chris Nuttall at The Chrishanger.
The Grand War News & Patreon by Lynn Davis at Maps, Writing, and Ramblings.
The Infinite Points of Interest in Alternate History by Jacopo Della Quercia at Tor.
Leicester author Rod Duncan to complete trilogy after signing book deal at Leicester Mercury.
Never Wars is Finally Available by Blaine L. Pardoe at Notes From The Bunker.
Philip K. Dick would have been 86 today: Some thoughts on his legacy at Los Angeles Times.
Philip Pullman Releases New His Dark Materials Story for Christmas at Tor.
Review: Sherlock Holmes: The Man Who Never Lived And Can Never Die at SFcrowsnest.
Review: Steampunk Soldiers by Philip Smith and Joseph McCullough at Falcata Times.
What if the World Had Taken a Different Turn? at The New Indian Express.
What...? Johnny Cash and SF? I Fell Into a Burning Ring Of by Steve Fahnestalk at Amazing Stories.

Drone Footage Shows Extent Of Greenpeace's Damage To Peru's Nazca Site by Mark Strauss at io9.
Modern Day Britain Finds Itself in 1884 Part 1 and 2 by Dale Cozort.
The Posters that Warned against the Horrors of a World with Women’s Rights at Messy Nessy Chic.
Russia risks Soviet-style collapse as rouble defence fails at The Telegraph.
The U.S. And Cuba: A Brief History Of A Complicated Relationship at NPR.
The Year Hitler Broke the Internet by Anna Goldenberg at The Jewish Daily Forward.

10 Movies That Hollywood Won't Let You See by Gwynne Watkins at Yahoo.
Agents of Re.L.I.E.F by Dan Bensen at The Kingdoms of Evil.
Black List Of Beloved (But Unfilmed) Scripts Unloads Tons Of New Scifi at io9.
Cast Set For BBC & Carnival’s ‘Game Of Thrones’-Style Epic ‘The Last Kingdom’ at Deadline.
Review: About Time at Ramblings of the Easily Distracted.
The World of ‘The Man in the High Castle' at Far Future Horizons.

Funding Friday, "Moonshot" - Comics & Crowdfunding News at Watercolour Horizons.
A Holiday Gift Guide for New Comics Readers by Ali Collucccio at Panels.
Review: The Royals: Masters of War by Rob Williams at It's All Comic To Me.