Coronation Special: Looking back at the Anglo-Dutch Civil War by Matthew Tuck 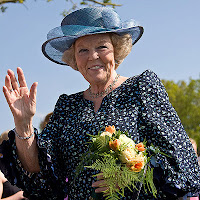 When I was first asked to write this article by my editor my initial response was to disregard it out of hand, looking at Alternate History or as some of my colleagues like to call them “Counterfactuals” is for the most part the realm of populist historians and a few niche fiction authors. I decided to take it on because, unlike many of my contemporaries, as a historian I fought at the tail end of the civil war, I still remember the horrors Juhan’s men inflicted on civilians and POW’s and the atrocities that our own allies committed in the name of national security, I still have nightmares about some of the Afrikaner resistance pockets we “liberated” in South Africa, piles of dead ANC supporters black and white just scattered around the place. I’m not saying Juhan or his men were saints either, it gives me the creeps to this very moment even to think about the burning of Washington, all those civilians we failed to save from the Americans or the “Educational facilities” in the Netherlands where Juhan had sent resistance fighters to die a slow painful death.

It was the last of those atrocities that made me decide to write this article, many of us have forgotten the horrors of the civil war brought together as we have been by the actions of the Arab League and Al-Qaeda. There were times in the civil war when we came so close to breaking, if the Juhanites had fought just a little harder, had Zuhkov budged at little earlier in the Mid-West or even if Konstantine had commanded all the Juhanite forces, rather than just the Americans. Looking back at those few dreadful months just after the fall of the Falklands we came so close to total collapse that some of us even talked of defecting to the Juhanites, at least then we’d be guaranteed a warm bed and food when the war finally ended. I don’t think those bastards back in Thunder Bay ever had even the slightest conception just how close we came to defeat at times.

From my own recollections of the civil war and the research I have done for my books on the subject I can think of three or four moments when the war could have swung in Juhan’s favor. In the very beginning of the Civil War where if the Air Force had sided with Juhan the Admiral’s Rebellion would have failed before it began. During the Juhanite attack at Halifax if they had captured the ships there, then during the invasion of Germany and finally just after the capture of the Falklands where the Argentines could have done the same thing for Juhan as the Japanese did for us. I know a lot of my colleagues and authors like to talk about the battle of Scapa Flow as a big turning point but I was there as a Marine and I know that the truth is far from the glamorous ideal that the media has turned it into, yes the Grand Admiral sacrificed himself to save the fleet and its all very heroic, but the fact is that even if we’d had to face the Juhanite battle line we had such a superiority in carriers that we’d have overwhelmed Leopold with airplanes, heck we had three battleships of our own that hadn't yet been committed to the fight, so despite what my populist colleagues and members of the public might think Scapa Flow was a minor occurrence in the grand scheme of things.

In my mind the greatest chance Juhan had to win the whole thing was right at the beginning and perhaps it would have been better for the world for him to have done so, Thatcher was still in control at the beginning and for all it would have been undemocratic it would have spared the millions of lives ruined by the war. In those first few days after Juliana’s death with Beatrix locked up in Windsor Castle there was serious debates amongst all the armed forces, even the navy about who to side with. Juhan was a charismatic man, I remember seeing him on TV as a teenager and even I could feel the personal connection he could make with people. Not even the Great Admiral commanded that much respect and there are diaries from even socialist air force officers who thought that if Juhan had come and spoke to them individually they’d probably turned there back on the cause and backed him straight away. If Juhan had put aside much of his aloofness and met with the air force captains and commanders and swayed them to his side Kinnock and the Grand Admiral wouldn't have even made it halfway up the Thames before the air force had knocked them out and the war would have been over before it begun. I think though his aloofness was just an intrinsic part of Juhan though just as being a historian is an intrinsic part of myself, I don’t think he could have put that aside even to win the war so personally I think that the chances of that ever happening were frankly remote. Still I cant help but think that a Juhanite victory at the beginning would have been better for everyone, without the support of the Army Juhan could’t have made himself the dictator he wanted to be and I think in the fullness of time the Socialists could have won a majority in parliament and crippled his power.

A far more likely chance for the Juhanites to have won came at Halifax, I was just a recruit there straight out of basic and still getting used to being part of the elite 13th Naval Division. There were thirty thousand of us in the 13th, 7th and 5th Naval Divisions facing an army that numbered in the hundreds of thousands and we came so very, very close to breaking and running. If the repairs on the ships had taken just a day more I have no doubt we’d have turned and ran, nobody came out of Halifax anything less than a hardened veteran and even we would have run after another day. If Juhan had won at Halifax the one barrier we’d had against him would have been cast down, without the fleet we would have had no chance to strike back against the Juhanites, the east coast would have been lost for sure and once the Americans got Panama back I don’t doubt we would have lost the west shortly after. By that point in the war though we had allies, strong ones and I don’t doubt some of those would have fought to there last breaths. Instead of having an occupied US and broken Ottoman Empire I’m certain that a Juhanite victory at Halifax would have resulted in the occupation of Germany and India and probably the destruction of Japan and to think that we came within a day, heck probably more like came within hours of that happening. At least if Juhan had won then Thatcher was still sane enough to restrain him. God knows what horrors would have happened if he had somehow managed to win after she started losing her mind.

Germany was probably the last time when Juhan had a good chance to swing the war in his favor and of all the occasions it was probably the only one that he himself had a strong influence in deciding. I know from reports and interviews with King Friedrich that during the combined Anglo-Dutch, Polish and Austrian invasion if they had succeeded in gaining another major German city, the Reichstag had intended to invite Sigismund to assume control of the Empire and to switch sides. While the Russian intervention saved the Germans in the east neither I or my German contemporaries are in any doubt that if the Anglo-Dutch had captured Berlin, which they came within only twenty miles of the German’s would have switched sides. Then Juhan would have had the second largest army in Western Europe on his side and would have been free to engaged the Russians in the east. It would have forced Zuhkov to return home from America and left us facing a significantly larger American army. All Juhan had to have done was order the Anglo-Dutch army to abandon its infantry and continue in vehicles, the Germans had nothing left to defend Berlin with and although some infantrymen would surely have died because of the abandonment of there armor it would have swung the war in Juhan's favor. Thankfully the one group of people Juhan really cared about was the army, he wouldn't let them suffer heavy losses for a political goal. As a result Zuhkov reached Berlin before the Juhanites and saved the German’s. Had Juhan won though it would have been Juhan at his absolute maniacal worse, without Thatcher or his allies to hold him back I have no doubt that his “Education” camps would have become a Europe wide phenomenon and that thousands if not millions would have been condemned to a slow death because of it.

The same would not have happened had the Argentinians intervened after the Falkland’s and make no mistake for a long time that was High-Com’s biggest concern. If the Argentinians had used the absence of an Anglo-Dutch naval in the south Atlantic to go on and assist the Juhanite army in North America it would have tipped the balance in there favor and I have no doubt whatsoever that we would have crumbled, we were nearly broken from the fighting in the mid west anyway and the intervention of several hundred thousand Argentine veterans would have been the last straw, once we had crumbled Juhan and his allies would then have been free to use the forces freed up from our defeat in North America to go on and defeat the Russians and Germans. Thankfully, Juhan would probably have been dependent on his allies for aid and would have had to restrain his dictatorial tendencies and to be honest I suspect the biggest difference from our world would be that it was the Socialist party who had been banned rather than the Religious Democrats.

Thankfully none of the above occurred and while the Civil War will remain a bloody stain on our nations proud past the fact that I helped to bring about a relatively peaceful world will be my proudest achievement as it is for all who served and continue to serve and I hope you will all join me in standing in front of our TV sets this September singing Het Wilhelmus at the top our voices and shouting god save the queen.

Matthew Tuck is a student and an active member of the AltHistory Wiki. He contributes under the name Vegas adict.
Posted by Mitro at 11:00 AM