Why Alternate History WILL go mainstream 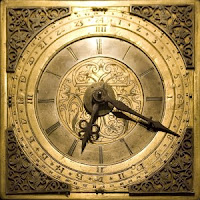 For a moment, I would like to touch on something Mitro said late last month, which has had me thinking ever since. Specifically, concerning whether or not AH is about to go mainstream, or even if it can. Like Mitro, I too have noticed the great boom in AH literature, and am likewise thrilled about it. However, we do differ on one major point – while he feels this boom is linked to the rise of several other currently favored subgenres, such as dystopian/post-apocalyptic sci-fi or paranormal romance or twisted fairy tales in fantasy, I feel it is the start of something far bigger. Not only do I think that alternate history is on the cusp on breaking the mainstream, but shall soon take its rightful place as a genre in its own right, as I shall explain.

What separates alternate history from current trends in speculative fiction, like paranormal romance, zombies or post-apocalyptic or dystopian fiction, subgenres whose favor may wax or wane with the favor of the public, is that of the number of current trends in pulp literature, only AH has the potential to evolve from a subgenre into a speculative fiction genre in its own right. I personally think that it is not only a possibility, but inevitability, for reasons I shall now discuss.

The main reason is a shockingly simple one that I think a lot of AH fans take for granted: alternate history occupies a niche in speculative fiction that no other genre or subgenre occupies, or can occupy. Science fiction explores worlds that might exist in the future, due to technological or social advancement or some dramatic shift toward disaster or dystopia, and yet remains bound to the same laws of the universe we function by in real life. Fantasy explores worlds that cannot and could not exist, whether it is the functions of magic, the presence of deities on the physical plane, or the existence or creatures like elves, dragons and such. Alternate History explores worlds that could have existed in the past, yet could have existed if a part of our established history happened differently. While that may seem minor, it is enormous when compared to the subgenres alternate history is often lumped in with. A subgenre, whether it be cyberpunk or sword-and-sorcery, at its core, is a mere palate swap upon the canvas of a greater genre. When one takes in what I mentioned earlier, it should be increasingly clear that AH is no mere paint, but a canvas, one which writers and readers of speculative fiction are just now taking advantage of.

Not only does it fill a niche, but it asks the same core question every fantasy and sci-fi story ever penned touches on, however briefly: what if? It’s one of the most primal questions almost every person ponders from time to time, and one speculative fiction has thrived on asking since the days of Jules Verne. What if men had flying machines? What if man lived on Mars, or flew to the stars? What if men shared this world with elves and dwarves? What if magic was real? No matter the form, ‘what if’ is the core of speculative fiction and here again, AH finds strength, asking that same question in a way that may prove far more accessible to your average reader. After all, who hasn’t looked back to their own past and wondered ‘What if something had gone differently?’ What if I’d gotten a job here, or married someone else? What if I’d been born somewhere else, or as the opposite gender? How would my life be, better or worse? Everyone does it at some point, speculative fiction readers more than most, and here, alternate history strikes to the core of that question in a way science fiction and fantasy can’t. To your average reader looking around at their daily lives, it is a smaller leap from the more personal what ifs to wondering what the world around them would be like if Britain still ruled the USA, at least compared to if they lived on a space ship or if they lived next door to an elf.

While it is true that not everyone is a historian, or even a history buff, and that does affect the genre somewhat, the fact someone isn’t a rocket scientist or an expert on Xenobiology has never really hurt science fiction, at least not recently. At one point sci-fi faced a similar dilemma, as not everyone is an expert on science – they got around it by having stories that focused less on the science and more on the fiction, or hard and soft sci-fi. You have can have film noir detective stories (Blade Runner), a farm boy saving a princess from an evil empire (Star Wars), or old fashioned creature features (The Thing), all covered by the umbrella of science fiction. Some of AH’s best works do something similar, including Fatherland (a spy/political thriller), The Yiddish Policeman’s Union (a detective story), and even TL-191 (largely war stories). Where AH has been evolving is similar to science fiction, one where an AH novel can be a solid detective story or spy thriller, one flavored and shaped by say, a Byzantine victory at Manzikert or a Nationalist victory in the Chinese Civil War.

As for why so much of alternate history tends to revolve around one of two major divergences, the Axis powers winning World War II or the Confederacy winning the American Civil War, when one considers a few things, it’s not all too surprising, and somewhat encouraging. Discounting religious discussion, more books have been written about the American Civil War and World War II than any other topic in the history of the written word. When one considers that, it should not only make sense that the two main divergences in alternate history revolve around those two wars, but should highly encourage genre stalwarts about the future of alternate history when you realize that the genre regularly touches on two of the most talked about topics in human history. Even if the genre is dominated to an extent by ACW or WWII centric stories, it’s been proven that there is still plenty of room in AH for tales of worlds where the Mongols conquered Europe or the Inca escaped conquest by the conquistadores. It certainly doesn’t hurt the genre, at least no more than being dominated by space operas or sword and sorcery hurt science fiction and fantasy, or prevented other kinds of stories to make a home in the genres.

Yet another strength the prospective AH genre would have is the one that the very genre depends on: that history is written in stone, forever unchanging outside of the pages of our genre. While that may seem fairly blasé to some of you, if you, like me, are a fan of old pulp science fiction, you understand how important that is. While fantasy has for the most part stayed the same over the years, science fiction has evolved into something very different than its early forms. There was a time when sci-fi was dominated of tales where John Carter and the Tharks fought over Barsoom, what we Earthmen call Mars, or where Flash Gordon would cavort among the very friendly amazons of Venus – we knew very little of our nearby universe, the only limits being the imagination of the writers. Yet, as science and our knowledge of the cosmos expanded, the canvas of the genre began to shrink. Mars is not only a place free of any Tharks or Warlords, but from any signs of life, with a dead red world replacing the lively one we once dreamt of. Venus greets any prospective visitors, not with very friendly locals, Amazonian or otherwise, but with hellish temperatures and acid rain, a far less inviting sight to any would-be Flash Gordons.

Even space colonization seems to have stalled, with living on the moon still a dream long past 2001. While sci-fi is still a lively genre, there’s no denying high adventure and fantastic tales have to an extent, given way to harsh realities and cold truths about the cosmos. Alternate history may well be able to provide that lost genre of tales of heroes and fantastic worlds, while retaining the realism and grounding that fantasy discarded in the same pursuit. AH may serve as the long needed genre that bridges the adventure and world-building of fantasy and the grounded realism and conventional setting of science fiction – one which barring some Earth shattering discoveries concerning our past, will only grow richer with the growing understanding of human history.

Above all else, perhaps the most important thing to remember when considering if AH will become its own genre or is merely a passing trend, and the main reason I think that it will go mainstream, is that as a genre, alternate history is a young one, having only truly started to come into its own in the last twenty years or so. I mention that because at one point, fantasy, science fiction, horror, and almost any other ‘pulp’ subgenre has been at that point in the past, and all followed a similar slow growth into the mainstream. Science fiction started in the 1890s under the likes of Jules Verne, HG Wells and their ilk, yet it truly wouldn’t start to come into its own until the 30s and 40s, when the era of pulp magazines like Astounding were filled by authors like Ray Bradbury, Robert Heinlein, Isaac Asimov and the rest – yet it still wouldn’t reach the mainstream until the 60s and 70s, with the advent of Star Trek and Star Wars. Horror had seen the likes of Edgar Allen Poe and HP Lovecraft come and go, yet would not truly become mainstream until Stephen King and the more recent generation took the genre into the mainstream. Perhaps the most potent example would be the fantasy genre – it got its start in the 1910s under Edgar Rice Bouroughs and Robert Howard, yet even for a pulp genre, remained on the fringes until JRR Tolkien created Middle Earth – while easy to forget now, what finally brought fantasy to the mainstream was the one-two punch of the Lord of the Rings films and the Harry Potter series.

For all intents and purposes, as a genre, AH is still in its early stages, with Harry Turtledove and SM Stirling providing the genres’ Edgar Rice Burroughs or HG Welles, web forums providing the genre’s pulp magazines. Yet with the likes of web forums and self-publishing, to say nothing of the steady and growing number of alternate historians, AH may come into its own as a genre far faster than its cousins did. The genre has fertile grounds and many stories left to tell, and merely needs the AH answer to the Lord of the Rings or Star Trek to come into its own. Who knows – perhaps AH’s Tolkien or Roddenberry is reading this as we speak?

It’s an exciting era to be a fan of alternate history my dear readers – before our eyes alternate history is coming into its own as a genre, and I have no doubt the genres best years and best works are only now starting to pour out, and I cannot what to see what the future has in store.