Showcase: An Age of Miracles, the Revival of Rhomanion

Few historical nations have as much affection and goodwill as the Byzantine Empire. While the reasons behind this is a topic for another day, there is little doubt that the heirs of Rome have earned a near-universal soft spot among members of the alternate history community, as the utter volume of content about it on the bookshelves and forums of our genre can testify, and a great deal of that dedicated to the Byzantines turning back from the brink, saving themselves from the dustbin of history.

However, there is one point that is almost universally acknowledged as the point of no return for the Byzantines: The capture of Constantinople in the Fourth Crusade of 1204, which saw the Latin forces ransack the World City and fragment the Empire. Though recaptured by the Nicaean successor state in 1261, leading to a muted restoration of the Byzantine Empire, it was a shadow of it's former glory, and 1204 is recognized nearly universally as the date when the final decline of the Byzantine empire began, making it's fall in 1453 not a matter of if, but when. 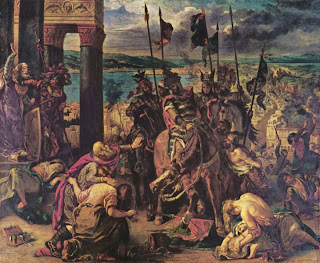 It is this long held historical fact that Age of Miracles seeks to challenge that belief, following a scenario where the Byzantine Empire recovers, thrives and even expands following the dreaded date of 1204.

The POD, as so many good ones tend to be, is a small one: Theodoros II Laskaris, the future Emperor of Nicaea, is born free of epilepsy, which OTL crippled his life, and led to his early death. Living longer than he did OTL, rather than rush to retake Constantinople, as his heirs did, he chooses to gradually reunify the various splinter states and solidify his control over them, pass several reforms to the military and the bureaucracy, and crushes a rebellion led by the aristocracy and defeats a few incursions by the Seljuks, before retaking Constantiople and the Latin Empire a decade later than OTL. After securing his hold on the Empire against various wars against Venice, France and such, he Emperor Theodoros II Laskaria dies, and passes the throne peacefully to his son, who will under his reign, begin the reconquest of Anatolia.

Under the following Laskarid Dynasty, the Byzantines manage to, in spite of a few bumps in the road, bring the empire to it's widest extent and most prosperous state in centuries. This is achieved by the successful installation of a meritocracy, a degree tolerance to the various ethnic and religious groups within the Empire, and resettling various groups within the Empire, and playing the nation's rivals against each other, especially Genoa and Venice. Not surprisingly, this has an effect on the world outside of the Empire, with several interesting butterflies. Osman and the Turks under his command choosing to form the Ottoman Empire in Mesopotamia, finding Iraq easier to subdue than Anatolia. In Western Europe, England has just come up victorious against France in the Ninety-Years War, and the Marinids have solidified their control over North Africa and are leading an Islamic offensive into Iberia, and a string of crusades to push them out. The shape of Eastern Europe is also largely different, as a united Novogorodian-Lithuanian Kingdom has formed to fight off both Poland and the Teutonic Knights. The timeline currently stands at the beginning of the 1400s, with a five-way Roman Civil War after the Timurids kill the Emperor in battle - and only now does it show signs of stopping as Timur re-invades, with a Byzantine force making a valiant stand against the Lord of Asia at Manzikert. 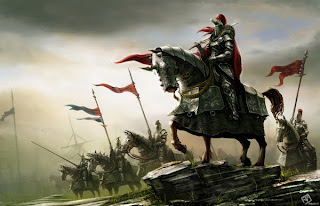 Written by relative AH.com newcomer Basileus444, I have to praise his writing style of the timeline. He provides a good narrative, some great battle scenes, and captures fully all the mechanisations that go on between nations and the Byzantines, and maintains full plausibility the whole time. Plus, he really has a gift for ending each update with a cliff-hanger, always good for maing people look for new updates.

Age of Miracles: The Revival of Rhomanion challenges the long-held belief that following the Fourth Crusade, the fall of Byzantium was inevitable, and that the Empire can not only recover, but survive and thrive. In addition, the writing style is superb, and is plausible while remaining fun to read. As for the fate of the Romans against Timur? You'll have to read this magnificent timeline for yourself, something I recommend highly, standing as proof that no historical orthodoxy is cast in stone, and providing a good read in doing so.

Soldier, scholar, writer and web-voyeur, Sean CW Korsgaard has been active in the alternate history community since 2006, and was recently elected to succeed Mitro as President of the Alternate History Online Facebook group. In addition to his contributions at the Alternate History Weekly Update, he writes for several websites, including his own, which can be found here.
Posted by Korsgaard at 1:36 PM

Email ThisBlogThis!Share to TwitterShare to FacebookShare to Pinterest
Labels: Alternatehistory.com, An Age of Miracles, Byzantine Empire