According to Uchronia, American Civil War alternate histories are one of the two most written about alternate histories in the English language. It is easy to see why when you consider that the United States accounts for over 300 million of the English speaking world. Meanwhile, the war itself was a significant period of history.  It was one of the first examples of industrial war and one of the deadliest in American history. The legacy of the war is still felt in American culture as politicians and scholars endlessly debate the war.

Nevertheless, I fear that the topic in general often leads to bad alternate history.  A combination of factors often make these timelines implausible, whether they be misinterpretations of history or the personal bias of the author.  This article will explain some of the inherent issues with American Civil War alternate histories that authors should recognize before attempting to write their own alternate history based on the "War Between the States".


There are many potential points of divergence involving the war.  Four of the most popular PODs include the Battle of Gettysburg, the Trent Affair/British intervention, Lincoln surviving his assassination and time travel.  Other popular PODs include a harsher Reconstruction, the Battle of Shiloh, General Grant dying during the war, slave rebellions, the South being allowed to peacefully secede and Lincoln being assassinated earlier.  These PODs often create independent Confederacies, but not always.  Sometimes the South is peacefully allowed to secede, sometimes the North and South will reunite or sometimes the war will never end.  For the rest of the article, however, we will focus on the four most popular PODs and some of the issues inherent in each one.

First, the Battle of Gettysburg, which is by far the most popular of the American Civil War PODs.  Not only did it have the single largest number of casualties during the war, the battle is also described as a turning point of the war by historians.  Alternate history tends to accept that distinction by the sheer numbers of works that use an alternate outcome for the battle as the divergence point.  Yet is it a plausible POD?  William Forstchen, who wrote the Civil War Trilogy with Newt Gingrich and Albert Hanser, disagrees.  In his short story "Lee's Victory at Gettysburg… and Then What?", Forstchen speculates that even if the Confederates were victorious at the Battle of Gettysburg, weather, logistics, and the defenses of Washington would have combined to prevent any immediate Confederate victory in the American Civil War.

The next popular PODs are intervention by foreign powers (usually by the British after the Trent Affair) or time travellers.  I am combining these two divergences because they both equate to the same thing: outside intervention into the war.  Usually when someone else gets involved in the war, whether it is having British and French regiments at Gettysburg or time travellers handing General Lee an AK-47s, the Confederacy wins its independence.

This reflects a major OTL concern of the Confederacy: that they pinned their hope of survival on military intervention by Britain and/or France.  If the Confederacy were desperate for international (or temporal) recognition and aid to win their independence, writing an alternate history where the Confederacy wins their independence without it may be implausible.  Since this includes such ASB elements as time travel, it should be a warning sign to any alternate historian interested in speculating on a Confederate victory.  You should tread carefully because it is very difficult to create a plausible alternate history involving the war without some sort of outside intervention. 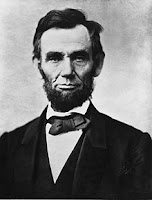 Finally we get to President Lincoln surviving his assassination.  Abraham Lincoln led the country through a great constitutional, military and moral crisis.  He successfully preserved the Union, while ending slavery, and promoting economic and financial modernization.  Lincoln has been consistently ranked by scholars as one of the greatest U.S. presidents, so there is no doubt why so many alternate historians speculate on what would happen had he lived.  This POD, however, often reflect the wishful thinking on the part of the author.  This is very apparent in Superman: A Nation Divided where the rocket from Krypton landed in Kansas in 1844 and Superman becomes an abolitionist superhero who got involved in the American Civil War.  Superman will go on to prevent Lincoln's assassination and afterwards Lincoln goes on to serve two full terms and becomes the most popular American president in history.

Seeing Lincoln as national martyr and endowing him with a recognition of mythic proportions is very poor history, which makes even worse alternate history.  He was assailed by Radical Republicans for his moderate views on Reconstruction, War Democrats who desired more compromise and Copperheads who wanted peace with the South.  Modern historians have cast doubt to his credentials as the "Great Emancipator" and his pro-business and nationalist views make him more likable to modern American conservatives than liberals.  Alternate historians cannot get caught up in wishful thinking about Lincoln.  He was a politician who was just as capable of failing to make the right decision.  He was not a superhero and alternate historians should not paint him as such.

Let us begin with the wanks.  For those who do not know, wanks are when a single country is always successful, steadily expands and generally does better than is plausible.  Cofenderate States of America wanks are not difficult to spot.  Often the CSA steps into the shoes of the OTL USA, becoming the world's sole superpower while easily handling the issues of slavery, emancipation and race relations (often better than OTL).  These types of alternate history often fall under the Lost Cause theory of the American Civil War.

This movement tended to portray the Confederacy's cause as noble and most of its leaders as exemplars of old-fashioned chivalry, defeated by the Union armies through overwhelming force rather than martial skill. Proponents of the Lost Cause movement also condemned the Reconstruction that followed the Civil War, claiming that it had been a deliberate attempt by Northern politicians and speculators to destroy the traditional Southern way of life.  It is not difficult to find examples of Confederate wanks, especially on the Internet.

Many have criticized this movement, saying it gives a false view of history and even going as far as to say it promotes racism.  Nevertheless, being overly infatuated with the South makes for a poor alternate historian.  Wanks are rarely, if ever, plausible (unless you subscribe to the idea that we exist in an American wank).  In the case of the Confederacy, alternate historians often ignore major issues inherent with Confederacy, such as their economy which attributed to the Confederacy's defeat in the Civil War.  Alternate historians should not allow romantic notions of any culture to replace good, old-fashioned research.

This applies to the other extreme as well.  Grimdarks where the Confederacy is used as a historical villain can be just as implausible as wanks that paint the Confederacy as shining beacon of civilization in the altered timeline.   It is this blogger's personal opinion that history is rarely black and white.  While the Confederacy stood for things that are abhorrent to many people in modern day society, it is truly difficult to vilify them when you consider the number of people in slavery today is higher than in any point in history.  It is often hypocritical of a modern-day alternate historian to paint a picture of a grimdark Confederacy, when our own world can be pretty grimdark for millions of people under the bonds of slavery.

Yet it still happens.  Probably the most notable example is Harry Turtledove's Great War multi-series.  This eleven-volume series has an independent Confederacy transformed into a Nazi-analogue, complete with their very own Hitler and Holocaust.  I understand that Turtledove was trying to tell us that "it can happen here", but one still wonders whether it was plausible.  While I realize that every culture has the capacity to commit horrible atrocities on others, the long centuries of anti-Semitism that eventually brought about the OTL Holocaust do not translate well into how the South would deal with its black population, even after a major loss in a war.

This brings me to my last major point about American Civil War alternate histories: do your research.  It is possible to create a timeline that gives the reader a realistic portrayal of an independent Confederacy, especially in the Information Age where you have access to virtually infinite amounts of content on the war, along with the opinions of scholars with varying viewpoints. Do not allow your bias or the myths on the Civil War (many of which are still taught in American schools) to cause you to sacrifice the hard work necessary to make a plausible timeline.

Nevertheless, whether your American Civil War timeline leans to the implausible extremes or tries to be as realistic as possible, it is still likely to be controversial regardless of where you publish it. Many Americans are still fighting the Civil War in the public arena. Some of the worst arguments I have witnessed between alternate historians involved the American Civil War. Lost Cause enthusiasts, militant Lincoln advocates and plaid old Internet trolls will tear apart whatever you create.  So be warned when writing an American Civil War alternate history, a hard skin and cool demeanor is a must.

In conclusion, American Civil War alternate histories are very difficult to write.  The most common PODs tend to be implausible and should be avoided.  Do not allow your personal bias to replace good research and be ready to deal with intense criticism from every side.  I do not mean to discourage would be alternate historians who wish to tackle this significant period of history, just be warned that to do it right is a lot harder then it looks.

Mitro is founder, editor and contributor of Alternate History Weekly Update. When he is not busy writing about his passion for alternate history, he spends his time working as a licensed attorney in the state of Illinois and dreams of being a published author himself one day.
Posted by Mitro at 11:00 AM