For those who don't know, I joined Patreon a couple of weeks ago. If you haven't already, please consider becoming one of my patrons. I am offering rewards that range from exclusive content, early access to posts and the chance to tell me what to write about next. Additionally I have several milestone goals, the first being the return of the Flag Friday series. I have revised the amounts on those to make them more realistic, so please check them out when you get the chance.

Fair warning, I need to finish my abstract for the Sideways in Time edited collection and thus I may not post on one or more days. Thanks for your patience and hopefully I will have something really cool to share with you in 2016.

There is an old rumor that the Nazis had collected a horde of treasure from pillaging Wroclaw, but when the Red Army was approaching the city in 1945, the Germans sent an armored train in to take all the valuables out. After the war, however, no one could find this train and the loot it held. Eventually the existence of this train was dismissed as nothing but a rumor.

That all changed when two men came forward last week saying they have found the train, but won't release the location until they are promised a 10% cut of whatever it holds. Although this is not alternate history, the story nevertheless blew up across the Internet and got people (including myself) comparing it to an Indiana Jones plot (although Operation Condor is more appropriate in hindsight).

Whether this train really is the legendary Nazi treasure train remains to be seen. There is still a lot of skepticism about the men's claim, but the fact that they have attorneys and are demanding a reasonable amount seems to confirm that at least they are taking it seriously. Some may wonder why they don't just hand the location over without demanding anything in return, but let's be honest. When they are old, frail and penniless, the satisfaction of finding someone else's stuff won't pay the bills. 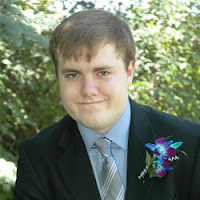 This week's featured alternate historian is Tyler Bugg. For those who don't know, Tyler is the author "From Enigma to Paradox" which appeared in the Substitution Cipher anthology. Additionally, Tyler has contributed several articles to The Update on topics ranging from FDR, Napoleon, Canada and the Titanic. He even came up with an entire backstory for the alternate history photos I use in the blog's promotional material. He is really a creative guy and I highly recommend you check out his work.

For example, he wrote a two part series on everyone's favorite fictional war: America vs. Canada (see part 2 here). Check it out on his blog, (Alt)History Inc., and see if his scenario is better than Turtledove's depiction of the scenario in Timeline-191.

Video of the Week: TACTICS! - Barbarians at the Gates! by Darren Total War

As I may have mentioned before, I am a huge fan of the Total War series of games, which combined real time tactical battles with grand strategy. It is a fun series and I got as far as Empire: Total War (where I spent many enjoyable hours conquering Europe as the Maratha Empire) before I had to stop playing. A combination of a full time job and a busy writing schedule prevented me from devoting the time to computer games like I used to.

Thankfully, we now live in the Age of YouTube, which means that even if I don't have the time to play the games myself, I can still watch other people play them. For example, lets watch Darren Total War provide commentary on his recent multiplayer battle where he led Tylis against Carthage on a Barbarian city settlement:
Yeah it may not be exactly alternate history, but being able to play out realistic battles with Classical era nations is a tool that more alternate historians need to utilize. More importantly, Lets Plays like this is what makes YouTube great.

And a honorable mention goes to...me! If you can forgive me for a little self-promotion, I highly recommend you check out me recent Trope Talk video on airships: