Killing the Past: Can Assassins Change the Course of History? 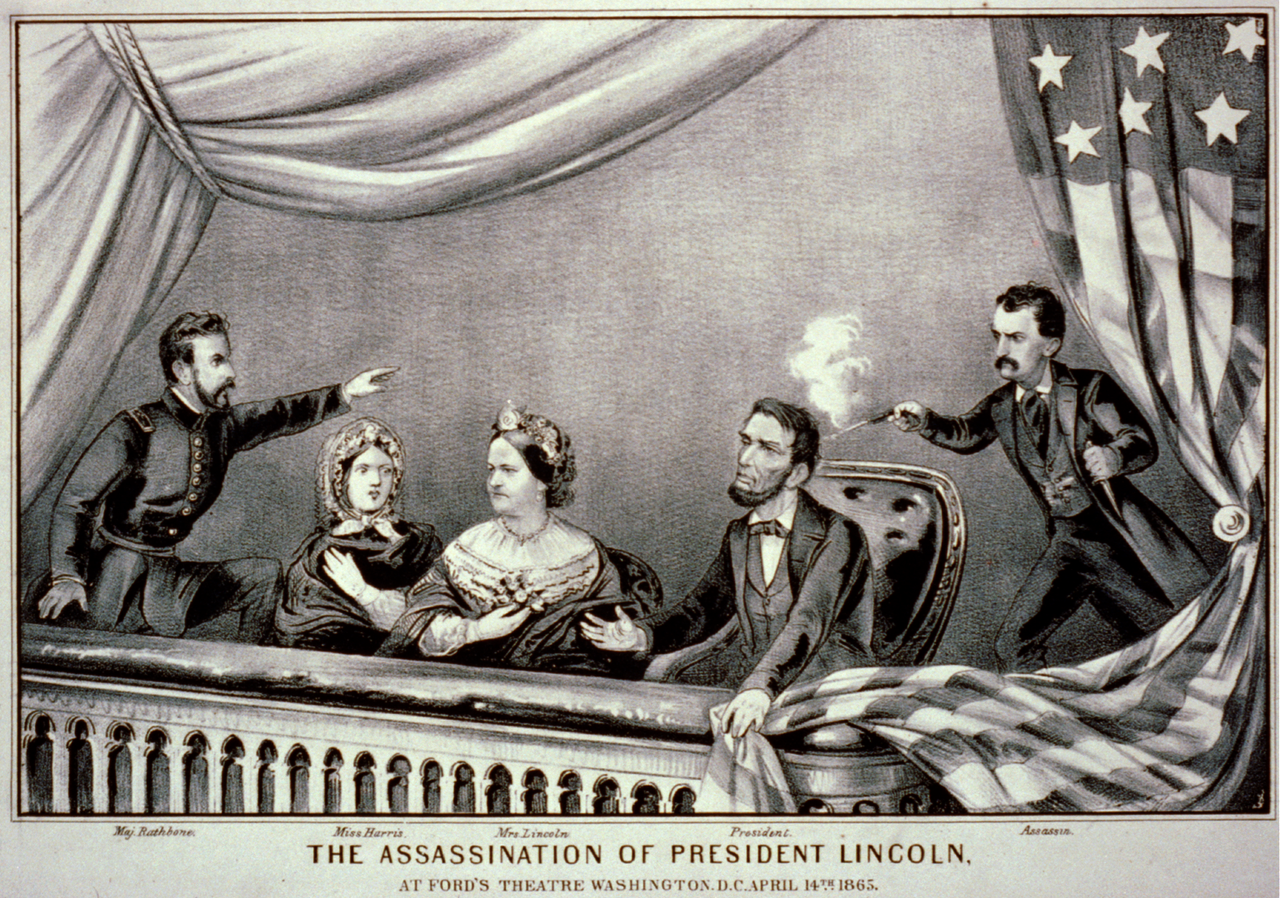 On April 14, 1865, President Abraham Lincoln was shot by John Wilkes Booth and died the next day. Roughly 150 years later, Benjamin Jones and Benjamin Olken published an opinion piece in The New York Times asking whether assassins really can change the course of history. The two academics looked at data from both successful and failed assassination attempts from 1875 to 2004 and discovered that while assassinations do have a better chance of causing significant change in autocracies, robust democracies on the other hand are better able to survive the death of their leader. If this is true, suddenly The Interview is a much smarter movie than anyone realized.

Although the article was not alternate history, plenty of alternate and counterfactual historians jumped on the findings. And why not? As Evelyn Leeper pointed out in 2001, alternate histories focusing the assassination of JFK remain one of the most popular topics in alternate history. Both Stuart Schneiderman and Gavriel Rosenfeld commented on the article and while they both approached it from different directions, they generally reaffirmed the power of human agency while criticizing the study for not considering the changes caused if someone survives their assassination (like Lincoln or JFK).

What do I think about the power of assassins to change history? I am going to give a very lawyer answer and say: it depends. For alternate history, it certainly matters. The untimely death of powerful men and women (whether by assassins or other causes) is one of primary means of creating a point of divergence and without it we wouldn't have some of our most influential works (i.e. The Man in the High Castle and "For All Time"). Human agency, however, matters in alternate history because the story needs it to matter. Alternate history has always leaned toward the "rule of cool" thus we often stretch the limits of plausibility so we can tell the story we want to tell.

For counterfactual history, however, things get a little more complicated. Changing the actors on the stage doesn't necessarily change the outcome of the story. For example, assassinating Lincoln in 1861 when the American Civil War was just beginning won't provide the Confederacy with the strategic thinkers, industry, railroads or manpower it would have needed to defeat the Union. Thus the Confederacy still loses the war, but Lincoln's successors (Hannibal Hamlin and whoever comes next) could make enough different decisions during and after the war that in the long-term we may see a vastly different present from the one we inhabit now.

Honestly whether you believe assassins can change the course of history is really a matter of opinion. If you believe in the power of human agency, then yes killing a world leader would create a vastly different history from the one where he or she is still alive. If you believe in the ultimate power of the intangible forces governing history, than no, killing a world leader only changes the names we write in the history books, but not the actual outcome of history. The weakness to both sides, however, is that we will never know for sure. Until someone invents a time machine that allows us the spin off new timelines for study, we are stuck with the history we know, along with the same hypothetical questions on who would you kill/save if you could travel through time.

Which brings me to my final point, I generally find arguing whether killing/saving someone of importance in the past will make a "better" world, is pointless. There are just so many variables it is nearly impossible to predict what may happen and, if Jones and Olken are to be believed, the chance that nothing will happen if your target is the leader of a democracy is rather good.

To sum up: its fun to speculate whether an assassin can change history, but whether they actually do is still up for debate.

Matt Mitrovich is the founder and editor of Alternate History Weekly Update and a blogger on Amazing Stories. Check out his short fiction. When not writing he works as an attorney, enjoys life with his beautiful wife Alana and prepares for the inevitable zombie apocalypse. You can follow him on Facebook or Twitter.
Posted by Mitro at 11:02 AM