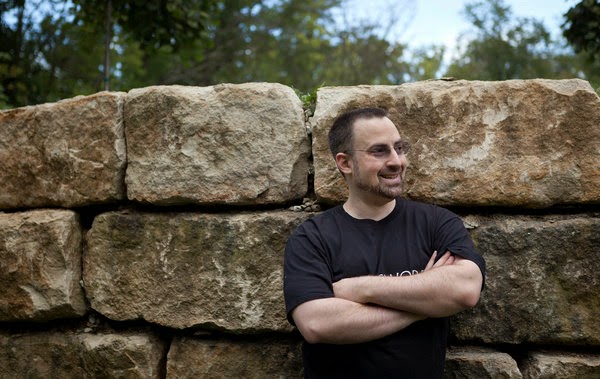 Roc Books, an imprint of Penguin Random House, announced yesterday the acquisition of a new steampunk series by Jim Butcher, author of The Dresden Files novels. Executive Editor Anne Sowards bought World English Rights from Jennifer Jackson at Donald Maass Literary Agency. The first novel in the new series, The Cinder Spires: The Aeronaut's Windlass, will be released in hardcover on September 29, 2015. As far as I know, there is no cover art yet for the book.

Sowards describes The Cinder Spires as, “Horatio Hornblower meets The League of Extraordinary Gentlemen—it’s a fantastic, creative new series of airships, privateers, warrior monks, and mad sorcerers. Honestly, it’s like Jim put all my favorite things in one book!”

According to the press release: "The Cinder Spires is set in a fascinating new world, where an ancient evil has awoken, plunging the world into a shroud of mists filled with monstrous and fantastic creatures. The fate of humanity will rest on the loyalty and courage of a single airship’s crew." Veteran 1632 series author David Weber said, “This is Jim Butcher at his best…It’s steampunk meets magic with a dose of sci-fi for seasoning.”

People certainly seem excited about The Cinder Spires: The Aeronaut's Windlass, but whether alternate historians will feel the same way remains to be seen. I guess it will all depend on how alternate history content is in this new steampunk series.