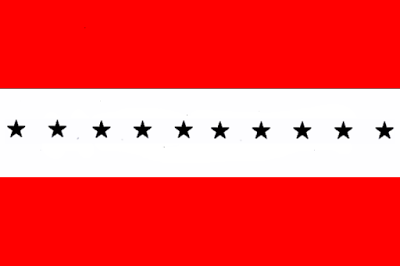 With the victory of the Central Powers in the Great War (Germany, Austria-Hungary, Ottoman Empire, Italy, Bulgaria) Germany dominated European politics. Over the next half-century Europe, and the world, went through a series of great changes. By 1972 Germany was able to forge a new Confederation of European States to maintain peace and stability in Europe.

The initial members of the Confederation were: Germany, France, Austria, Belgium, Denmark, Italy, Netherlands, Latvia, Lithuania, and Luxembourg. Each member state was represented by a star on the new flag. The Confederation would continue to gain members, welcoming its 24th member in 1999.