Sorry about the odd posting schedule last week. On top of a hectic couple of days at work, I had to approve the proof for Once Upon a Clockwork Tale, the Echelon Press steampunk/fairy tale anthology where my short the story "The Enchanted Bean" will be appearing.

Exciting I know, but as you can probably guess I was very distracted and probably will be for some time as I begin working on promoting the anthology. If anyone wants to sign up for a review copy, let me know at ahwupdate at gmail dot com.

Saddam's Iraq and the Arab Spring 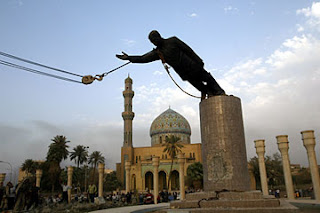 Former British Prime Minister Tony Blair made a controversial counterfactual last week, speculating that if the 2003 invasion of Iraq had not happened any uprising by the Iraqi people during the Arab Spring would have been crushed severely. Here is section of the article that sums up Blair's thoughts rather well:


Mr Blair said he regretted how difficult Iraq had been and the loss of life, but he did not regret the decision to oust Saddam.

Mr Blair said he believed "very sincerely and deeply" that the former Iraqi leader was "a security threat" who had to be dealt with.

"Just ask yourself the question: 'What would be happening now in Iraq if he had been left in power?'"

Twitter was not happy with Blair's counterfactual on the Iraq War, with one Tweeter calling it a "shameless defen[s]e". Blair, however, has his defenders including Bobby Ghosh from Time Magazine who said:


...Saddam would have had no compunction ordering a general slaughter of revolutionaries; and unlike the Tunisian and Egyptian military brass, the Iraqi generals would swiftly have complied. They had already demonstrated this by killing tens of thousands of Shi'ites who rose against the dictator after his Kuwaiti misadventure.

While mass slaughter of Iraqis during the Arab Spring if Saddam still ruled from Baghdad seems to be a popular theory, not everyone backs it. Max Fisher at The Washington Post painted a different scenario, comparing Iraq to OTL Algeria:


Maybe the most apt comparison for how Saddam Hussein’s Iraq would fare in the Arab Spring isn’t Syria, but Algeria. Though Algeria is ruled by an authoritarian, nationalist, military-aligned government, and though popular discontent appears high, there has been no revolution. There are many theories for why this might be, but one of the most persuasive comes down to uprising exhaustion. The county endured an awful civil war from 1991 to about 1999, which the regime won. In the thinking of some Algeria analysts, the legacy of that conflict has left the would-be protesters too tired, too wary of bloodshed and too weak to rise up again.

Of course, this all assumes the Arab Spring still happens on schedule even without the 2003 Iraq War. Any POD preventing the conflict would need to happen years in advance and could range from a Gore presidency to 9/11 never happening. Would the Arab Spring still happen? Were the the triggers in place and ready for the right spark far enough in advance that it was not a matter of if but when?

The cover and description for the second novel in the Finishing School series, Curtsies & Conspiracies, by Gail Carriger has been released. Here is the description from SF Signal:

Sophronia’s first year at Mademoiselle Geraldine’s Finishing Academy for Young Ladies of Quality has certainly been rousing! For one thing, finishing school is training her to be a spy (won’t Mumsy be surprised?). Furthermore, Sophronia got mixed up in an intrigue over a stolen device and had a cheese pie thrown at her in a most horrid display of poor manners.

Now, as she sneaks around the dirigible school, eavesdropping on the teachers’ quarters and making clandestine climbs to the ship’s boiler room, she learns that there may be more to a school trip to London than is apparent at first. A conspiracy is afoot–one with dire implications for both supernaturals and humans. Sophronia must rely on her training to discover who is behind the dangerous plot-and survive the London Season with a full dance card.

In this sequel to bestselling author Gail Carriger’s YA debut Etiquette & Espionage, class is back in session with more petticoats and poison, tea trays and treason. Gail’s distinctive voice, signature humor, and lush steampunk setting are sure to be the height of fashion this season.

If you are interested in reading the first book of the series, Rebecca at The Ranting Dragon called Etiquette & Espionage "a quick, very fun read and opens a series that promises to continue the fun." 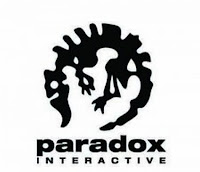 Some important announcements from our good friends at Paradox. First, a new patch for March of the Eagles is coming. The latest update to the wargame based on the Napoleonic wars adds the complete set of modding tools from highly popular Crusader Kings II, allowing players to mod March of the Eagles in nearly every aspect imaginable, as well as play with multiple simultaneous mods.

The patch also includes major updates to the gameplay, such as better retreat paths and not allowing low morale units to enter enemy controlled territory, as well as brand new content such as historical generals, completely new combat mechanics and battle sounds. Those interested in playing March of Eagles can download the free demo or buy the game for $19.99.

Next up, the weeks leading up to the release of Crusader Kings II: The Old Gods will be marked with developer diaries pointing out how The Old Gods expansion will transform your Crusader Kings II experience. The first entry in this series of dev diaries about the anticipated expansion, titled "A Different Europe", has already been released.

Lead designer and friend of The Update Henrik Fåhraeus said: "Most importantly, however, the North and East are completely dominated by bustling tribes of unrepentant heathens who remain less than impressed with the White Christ. Why debase yourself before a dead man on a cross when you can loot the riches of his fat clergy instead? Just as the fury of the Northmen descends on the undefended shores of Europe, other, equally pagan threats are on the rise in the steppes of Tartaria. Like the Avars before them, the feared Magyar horse lords are pushing into Europe from beyond the Carpathians. Why is all this more important than the affairs of Christians and Muslims? Because with The Old Gods, all these heathens are finally playable!”

Crusader Kings II: The Old Gods, available in Q2 2013, adds two hundred years to the start of the game, when Viking armies and freelance adventurers pillage towns and monasteries, sailing wherever the promise of gold and glory await them. The hinterlands are still ruled by unrepentant heathens who may only submit to the Glory of God at the point of the sword, and in future Russia, the Orthodox faith may slowly make inroads to lands the Apostles had never dreamed of. Check out the trailer below:


Finally, Paradox Development Studio will be holding a live stream event on March 27, 2013, giving strategy fans never-before-seen looks at two upcoming titles—Crusader Kings II: The Old Gods and Victoria II: Heart of Darkness. The online extravaganza, which will also play host to a special appearance by Europa Universalis IV, will be hosted by Studio Manager Johan Andersson and the rest of the developers in an all afternoon affair that will showcase this year’s portfolio of strategy titles.

To go along with the festivities, Paradox will be offering a 75% discount on a large selection of strategy titles during the live stream, including Victoria II and Crusader Kings II, all of which can be purchased from the Paradox Web Shop.

Got to remember to mark my calender, because I really want to pick up Crusader Kings II.

Here is a rundown of upcoming events:

May 1: Membership rates to join Loncon 3, the 2014 World Science Fiction Convention, will be increased.

May 30: Deadline for submissions to Whispers from the Abyss, an H.P. Lovecraft inspired anthology.

More Steampunk Goodness Coming from George Mann with “The Casebook of Newbury & Hobbes” at SF Signal.

So You're Stuck in a Time Loop by Chris Bucholz at Cracked.

What is good and important about steampunk by Cory Doctorow at Boing Boing.

Why serialize? by Leanna Renee Hieber at Steamed!

Skull Island by Will Murray at SF Signal.

Ellen Datlow at The Horror Zine.

Ratchet RetroCast Episode 5 – Take This Mushroom, Its Not Safe To Go To Another Castle! at Earth Station One.